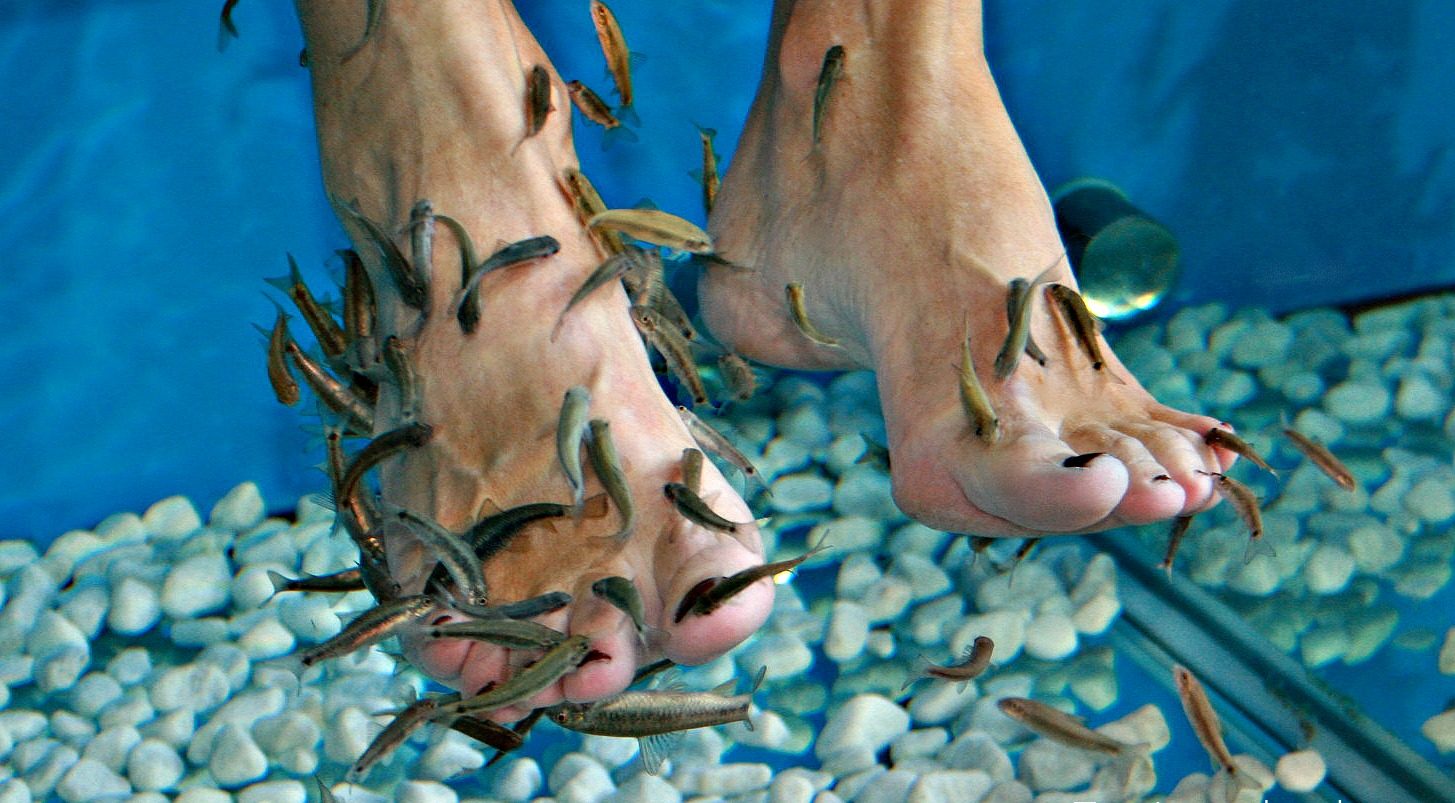 To many of us, fish spa therapy is where we’d imagine a zen moment of dipping our feet into the water whilst the fishes chip away at our dead skin cells. Instead of that, a man from Beijing, China, created a killing field for the tiny creatures – having not washed his feet for 10 years. The unfortunate fish pedicure turned into a nightmare for Wang Qiang, a middle-age man who went viral on the Internet for killing all the fishes with his foul-smelling, filthy feet.

Wang Qiang is a busy man. Right after graduating from college, he became an IT programmer who works for a company that focuses on outsourcing, hence the hefty commitment that leaves him with no personal time. After 10 years of the daily grind, his parents expressed concern over their 35-year-old son, afraid that he may face maritial problems if he didn’t put in any time into finding love. Thankfully, they found him a girlfriend. Wang and the girl both agreed to a mutual feeling, and even thought of getting married.

Wang finally found some time to spare during the new year’s holiday, so he went out on a date with the girl. As a guy who stays indoors most of the time, he let the girl call the shots on the location of their date. The girl suggested that a foot spa would be good, hinting that she knows a good fish spa.

Despite not wanting to go to a fish spa at first, Wang finally gave in to her wish for a couple session of fish pedicure. Before starting the supposedly relaxing treatment, Wang didn’t bother washing his feet and instead, quickly ran to a corner to remove his shoes, wrapped his feet with a towel, then immediately immersed his legs into the water of fishes.

When it was time to pay for the treatment, the boss of the shop came over to the couple but was shocked to see what had happened. Not only was there a terrifying sight of dead fishes, but a putrid smell emanated from the water as well. The boss thought that something was ‘fishy’ (no pun intended), suspecting that Wang had poisoned all the fishes and demanded him to compensate for all the loses. Wang naturally denied, claiming that the fishes had died “on their own reasons”.

Wang finally let the cat out of the bag after a long argument with the spa owner, confessing that he had no time in his life to do even the most basic activities like maintaining hygiene. To explain how he had killed the fishes, he also admitted to not washing his feet often for the past 10 years.

The boss couldn’t believe it in the start, so he began interrogating Wang again. When the shop owner justified that he did hear Wang’s reason of the fishes’ death, he let Wang off without paying a single cent – ending in a case of good riddance for the shop owner. And despite the stinky feet, Wang didn’t need to worry about his girlfriend breaking up with him either.

*Pictures are for illustrative purposes only.

Why your Money is worthless: Malaysian Capitalism Reexamine

Who would’ve thought Quavo’s mumble rap can be flirty?

Save the hassle, order your favourite Hawker food with honestbee!

What If Nirvana Were A Happy Pop-Punk Band?

What if Nirvana were neighbours with Green Day?

December is evidently more about quality than quantity.

This subculture needs to be stopped.

Right Now, Sydney is the Warmest Place on Earth

The last time it was this hot in Australia was the year World War II started.