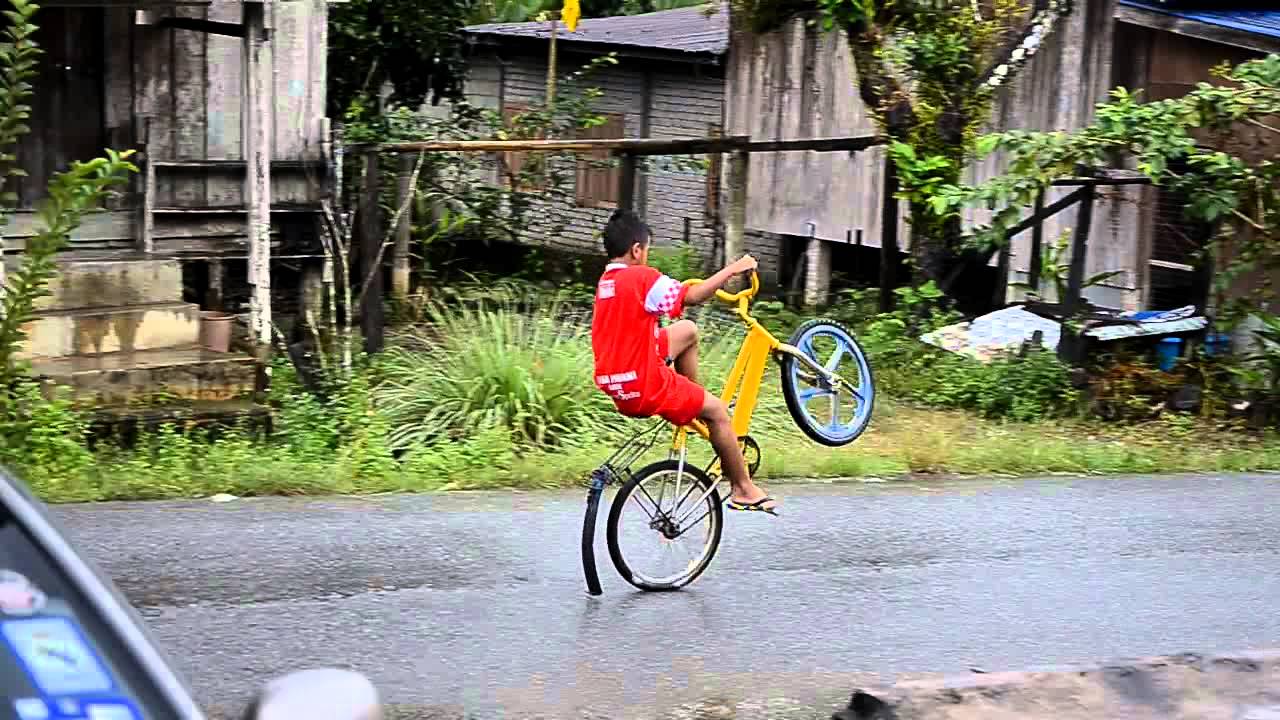 In this week’s slush of viral videos, we found footage of three youngsters filmed doing stunts. The twist? They were riding their modified bicycles – yes, bicycles – and it was going down a very dangerous hilly and curvy road at Teluk Bahang. It gets more intense when cars started passing them on the opposite lane.

The owner of the video, Redzuan Zubir (who is a cyclist) uploaded it on Facebook. He said he saw the teenagers cycling recklessly along the road on Saturday and tried catching up with the kids, but he too was concerned about his own safety. Since then, the video has been spreading on social media sites.

Commonly known Mat Lajak, teenagers involved in illegal bicycle racing (or Lil’ Rempits) have been frequently sighted at Balik Pulau. The three boys risked their lives as they performed the infamous “Superman” stunt while riding downhill at a high speed. At one point, the clip even zoomed in on a device attached to one of the bicycles showing it was travelling at 42kph.

Mat Lajak boys are well known in the area of Balik Pulau for their heavily modified bicycle frames, handlebars, and lowered front forks. They even have their brakes removed to show off daring stunts. Concerned Malaysians have urged authorities to take action.

According to The Star, Balik Pulau OCPD Supt A. Anbalagan said police have been monitoring the activity in the district and advised the cyclists not to perform stunts on the road as it poses a danger to themselves and other road users.

He said, “We have picked up some teen­agers who performed dangerous stunts on the road. We called their parents to the police station and gave them some advice. We have so far issued 19 summonses against them between Oct 28 and Nov 6 last year.”

Here’s the video below:

So before you let your little brother go out for his bicycle ride this evening, make sure to always know where and who he’s hanging out with, but don’t push it to the point where he becomes rebellious in later years and joins the War Boys from Mad Max. It’s our responsibility to advice the future generation that there is more to life than being a rempit basikal.

Have you taken selfies too far?

The transformation is borderline crazy.