This isolation has begged the questions: “How many hours can I consistently check my phone before realising I have no social life?” and “How many times can I eat out of boredom without getting fat?”

The answer to those questions is: not many.

So, instead of draining your phone’s battery by watching TikToks on an endless loop and possibly tearing off the hinges of your refrigerator door from eating too much, why not play some video games? I mean, we all know our significant others can spend hours and hours on end without texting us, amirite ladies? Fellas, text your bae before they lose their minds…

Due to the Movement Control Order, what better way to pass the time than to immerse yourself in some chaotic energy video games that scarily reflect the panic we are facing now during the Coronavirus outbreak?

If you want flashbacks to how hectic it was when you were fighting for the last roll of toilet paper at the grocery store, then these games will surely remind you.

I’m sure this video game needs no introduction, for when it first came out, everyone was dying (no pun intended) to get their hands on it.

Until Dawn is a horror game that integrates the ‘Butterfly Effect’ to allow players to interact with the characters and make decisions throughout the game. Developed for the Playstation, the graphics are sharp and eerily reflective of the cold and dreary atmosphere that is portrayed in the snowy mountains of the game. Taking inspiration from horror classics such as Saw, Evil Dead and Silent Hill, Until Dawn leads players into tumultuous situations where they are faced with death, gore, spooky totems and untrustworthy peers.

The story begins at one of the protagonists’ party in her cabin. A group of friends decide to play a prank that tragically leads to one of the girls missing and presumed dead. A year later, the group reunites at that same cabin, which in true horror fashion, leads to a series of unfortunate events that mostly climax with death.

Absolutely terrifying and addictive to play, Until Dawn is something you can play for hours without feeling the slow crawl of time. Also, the heart-palpitating jump-scares will act as an exercise for you while you’re stuck at home.

Is this game not a perfect depiction of the panic-buying Malaysians fighting for groceries before the Movement Control Order was implemented?

This critically-acclaimed game is set during an epidemic where zombies roam the city of Harran and our protagonist is tasked to infiltrate the quarantine zone in order to complete a mission. However, he soon finds that he must save himself as well as others from the hyper-aggressive and dangerous zombies.

The main appeal of this first-person game is its beautiful graphics as well as the absolute chaos that ensues when night falls. The title, Dying Light, perfectly encapsulates how the survivors have a limited amount of time to safely gather supplies and find shelter from the zombies before the light dies out and all hope fails.

Much like us right now, it’s better to just stay home and wait out your days than to take a chance in the outside world. With that, I highly recommend this game because not only is it addictive and fun, it’s also surprisingly relatable. 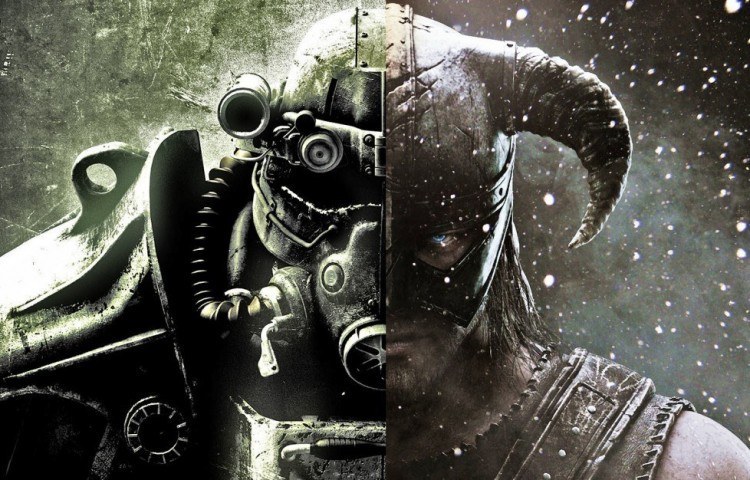 Naming two games as one single selection might count as cheating but both of them have similar gameplay styles (same developer, go figure) just conceptually different. One being a more medieval-themed sword-wielding/magic-casting gameplay experience while the other being a post-apocalyptic survival adventure.

I’m not gonna get too deep into detail about their respective plots but personally I’ve just recently finished the latter which is why I’ve been playing the former amidst the MCO. To summarise, there’s plenty of exploration to be done in both games as well as crafting which is supported by fairly good storylines as well as sub-plots.

If you’re looking to spend hours to kill on any game, either one is fine but personally I’ve been investing most of my time in Skyrim. Plus you’re free to do just about ANYTHING in either of these games which would affect the outcome of your gameplay’s ending and various sub-plots that come with it. Speaking of freedom in games… Again with the double selections, my bad. (Editor’s note: Yeah, you’re cheating at this point) I’m a huge fan of open-world games and similar to the aforementioned titles, both of these behemoths are well worth spending countless hours on. As for which you should play, it really depends on what you’re looking for.

GTA V is set in a modern setting with modifiable cars, automatic weapons and even a stock market to invest your cash in while RDR2 is set sometime in 1899 to the early 1900s. As you can see, decked-out sports cars and bazookas are the complete opposite of the whole wild-west gunslinging cowboy era which features horses in place of cars and activities such as hunting, fishing and all that good old-timey stuff.

While RDR2 has the advantage of having more features due to it being released 8 years after GTA V, both games are sure to provide you with countless hours of fun and I’m speaking solely on their single-player modes. They also feature multiplayer so you can put the ‘social’ in ‘social distancing’ by playing online with a gang of friends.

Just be wary of pre-pubescent pay-to-win players who’d snatch their parents’ credit/debit cards to buy perks that’ll give them an advantage and will endlessly torment you until they get bored. But it takes two to tango, so just do what I do when those little $hits give me trouble: keep on killing them til’ they leave the server (yea I’m petty, but they started it). Ah, the Sims.. If you’ve ever wanted to play God, boy is this the game for you… You could either:

These are but a few of the things you could do in the wonderful world of The Sims 4. Additionally, there’s so much you can customise (this applies to every game I’ve mentioned so far)! From how they look, to their personality traits and the type of clothes they wear, it’s literally watching life unfold right before your very eyes.

Personally, I’m a softy at heart and like to start off as a young-adult Sim who works his way to the top of his career ladder while simultaneously creating a family and of course, building the dopest house in the entire region. There’s a sense of satisfaction I get from watching my Sim children grow up and eventually live lives of their own- until I wreck it by boxing them in a confined space…

Some say the choices you make in video games are a reflection of the person you are in real life. If that’s the case, I’m an absolute degenerate… with a heart of gold, of course.

While some of you remember DOOM as the horrible 2005 film, I remember it as a game that made my ass sweat for hours. The original 1993 was a lotta fun, but not a lot of lore.

Then DOOM 2016 came… and it was pure chaos. You can play the game for hours with no end in sight. It’s a fast-paced game, filled with blood, guts and a killer soundtrack that makes you want to Rip and Tear… those toilet rolls. (Stay inside folks!)

DOOM Eternal was released on 20 March, so if you liked the 2016 game, you’d definitely want to play the new one. It has everything you loved about the 2016 game, with more lore, weapons, puzzles, secret quests and a multiplayer system that doesn’t suck. (At least that’s what they tell me)

Games nowadays are starting to look more realistic than ever but sometimes, you just want to kick it back and enjoy the good ol’ 2D days. Well, you’re in luck because I have the perfect post-apocalyptic RPG for you!

Enter into a man’s world where women are extinct and the currency has been replaced with nudie magazines.

Men, not that different from present day, indulge in kung fu, wrestling and Russian roulettes as a testament to their masculinity but mostly because they just like doing it. However, everything changes with our protagonist once he discovers a female baby which he then raises in secrecy with his best pals. Of course, the baby inevitably gets kidnapped and we set off on an adventure to get her back.

The reason LISA stands out as the perfect game to play at this time is because of its surreal and almost whimsical portrayal of a dystopian, desert society where rules are unheard of and poop/fart jokes reign supreme. Don’t get it twisted, though… This RPG is not for children!

With gratuitous violence, gore, nudity and swearing, LISA is anything but a sweet and cute game for the young ones. Targeted at those with an off-kilter sense of humour, players will surely get a kick out of the game’s unique stylistic choices as well as the interesting and edgy gameplay.

To read an interview we did with the game’s creator, Austin Jorgenson, click here.

Well, there you have it. Play any (or all) of these games and you might regret having to come out of your hole, err, home when all of this is over. ‘Til then, stay home, stay safe. 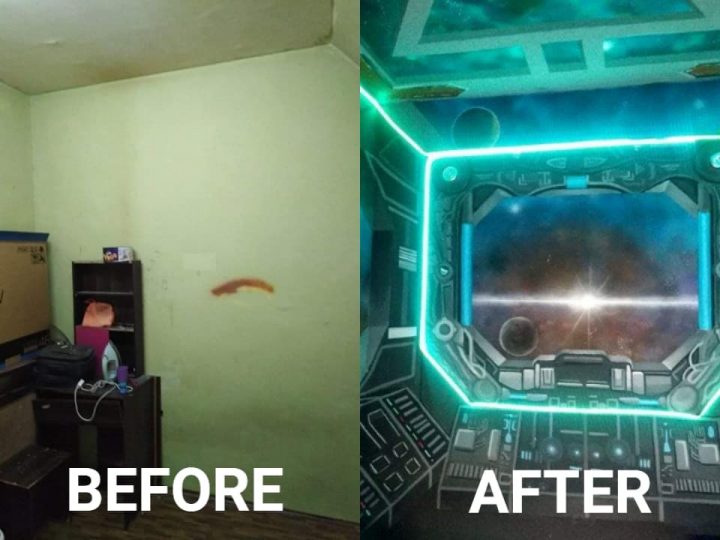 M’sian Artist Gets Bored During MCO, Turns His Room into a ‘Spaceship’

To infinity and beyond! 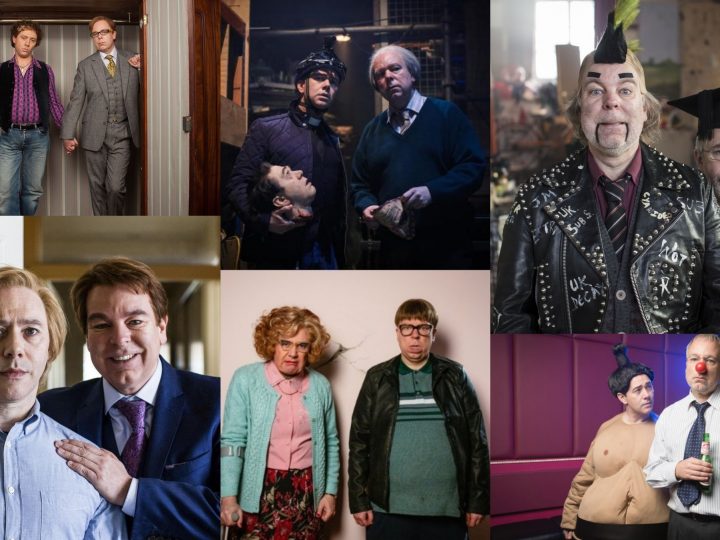 Why This Show Is Similar to ‘Black Mirror’ But Way Better

Get ready to binge-watch 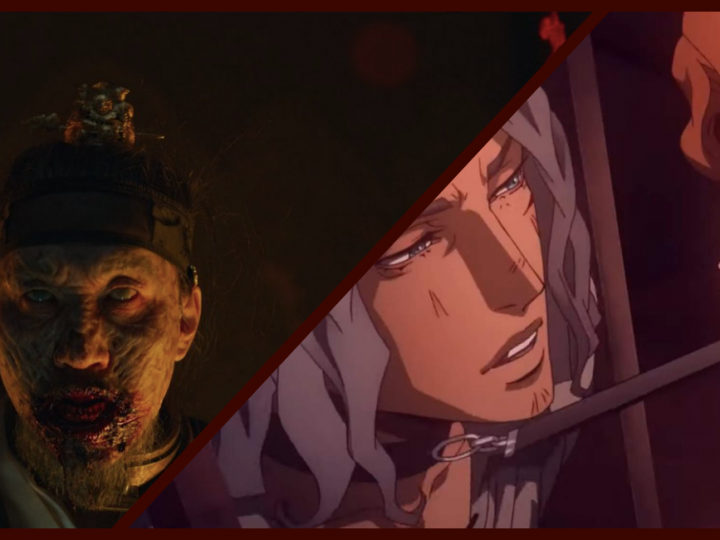 Quarantined or Working From Home? Here Are The Best Recent Netflix Shows To Binge-Watch

Wash all that work out of your hands, it’s time to binge-watch some shows!