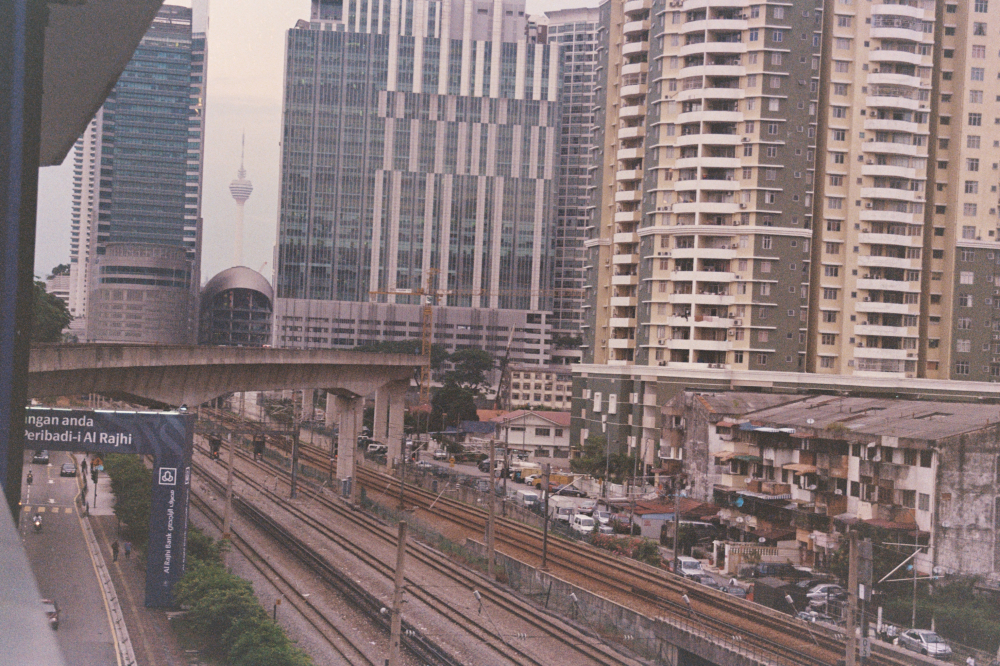 “Where you from ah?”

“You sure you’re not adopted?”

These are the daily inquiries faced by many mixed race kids of Malaysia. Like we don’t have anything better to do than to be racially ambiguous just because it’s cool. These sort of questions – as well intended as it maybe – can be quite an annoying hindrance to society’s progress.

Mixed race kids have already gotten used to answering these questions – some might even make fun with it – as anyone getting interrogated regularly would.

I don’t complain when people ask, “What are you?” It’s a fair question and to be honest it took me a while to answer that properly. Human. I am human. As ridiculously pompous and pretentious as it sounds. Human Being would be the safest answer. Race, however is tricky.

We are not a watered down version of a certain culture. We just are.

I ain’t gonna tell you the 17 Things Only Kids Who Grew Up In A Mixed Race Household Would Understand ’cause that’s been done and honestly, it feels lame. Neither am I here trying to stop you from praising interracial couples on how their babies are going to be super cute – because we are cute! Everybody loves a good mixtape!

I ain’t gonna list my perception of being a mixed race kid growing up in Malaysia. You’ll judge me either way, so I might as well list down 5 things you need to ask yourself before asking someone what’s their race.

**Play the Music and Continue Reading**

Nusantara means “islands in between”, from nūsa, meaning ‘island’ and antara, “between”. In the ancient Javanese civilisation of Majapahit, Nusantara are the colonies that still pay tribute to the monarchy but enjoy substantial autonomy and internal freedom.

In the modern times, Nusantara has been corrupted and reused to categorised the Malay world or Indonesian Archipelago often trying to reunite their perspective races in a common celebration of their traditions.

Malaysia, Indonesia, Singapore, Brunei, Sabah, Serawak, Kalimantan, southern Thailand, Sulu Archipelago, Philippines, and maybe even beyond – we are all connected if you stretch your views wide enough.

There is always something special about a certain race but regardless of where you’re from we all came from the same place. Whether in Africa or in Eden. We’re all connected by an ocean of life.

**Watch the audioless Video with the Music playing. Enjoy it and Joget sikit before you continue reading**

Tanah Malaya has been a part of China and India’s contact list, long before there was Melaka. In fact – it was these two great nations that help made a small but rich seaport into an international trading center that captured the exploring eyes of the west.

We were one big happy family living in a yellow submarine. Chinese, Indian and Malays. Hindu, Buddhism and Islam lived peacefully with mutual understanding and respect for each other. All borrowing from one another culture to create a unified community.

This can easily be seen with the descendants of the Chinese Explorer, Admiral (Cheng Ho) Zheng’s noble settlements that mixed with various local races creating the umbrella term – Baba Nyonya – to define the mash of various cultures. They’ve been around long before the British, Dutch or Portuguese arrive to flirt about with our young adults.

And why shouldn’t they? We are way fresh.

Almost every nation that visited this Land for longer than half a decade would have leave an impact on today’s regular Malaysians. Malaysia is a rojak bowl of all borrowed culture tropes from all around the world. From the language to the food, to the fashion, to the arts. Everything in Malaysia is a fusion of other cultures, – with a few nuts thrown in the rojak.

3 – So how and why does race really matters? Aren’t we all just Malaysian?

We are (perhaps) the only country in the world that celebrates 4 major religious holidays as national Public Holidays not to mention cultural holidays and state holidays. We accept off days without question. That is undoubtedly the most common of Malaysian traits. We know how to chill out in style. Too laidback, some might say and it is true in many ways but this ain’t Singapore. The Colonizers didn’t ‘train’ us to such a ‘professional’ level. I mean they tried la, 500 years of oppression (or more).

Trying to figure out what really happened is tedious work best left to historians, most of us just accept the last 50 to 100 years and tend to forget our ancestors.

I am not sure if you’re aware but as a society, Malaysians are actually more connected and understand each other a lot better than most major European cities.

There is a bigger thing (class system) that separates us greater than racial differences. Our local cultures are too intermingled in traditions for it to be the main reason that breaks us as a nation. Going backwards now is not an option.

4 – And if it’s all mixed up and jumble. Then why ask the question?

There are those among us that would like to divide the society into its separate clashing entities of different racial categories and subdivisions. They cannot see beyond the traditions. They will use religious scripture as a shield against the hands of time and as an excuse to react in a more reclusive manner.

But remember the clock doesn’t stop ticking and everyone changes. And if you’re willing to explore new possibilities, you can evolve into a better person. So must a nation.

Those who wish for pure conservation of one’s culture or believes that one race is the villain are still stuck in a ‘victim mentality’. It’s institutionalization. A residue from the hierarchical social segregation of colonial times. Divide and Conquer. It’s their oldest trick in the book.

But since talking about class system would be a little difficult and a totally different article than this one. I’ll just leave it at that. The seeds of racism in Malaysia are so artificial and transparent that it’s sickening to think that these people actually believe that we’ll hate each other’s cultural heritage if our pockets are empty.

If my pocket is empty, I know I can get a free briyani rice at a open house kenduri and get some Ang Pau for the Grabcar money to go back home.

5 – The real question should be. Who are you dating?

Come on la, Leng Loi. Let’s stop all these intellectual debates of racial politics and just get down to the real question, “Tunggu bas, keh?”

European Milk and Honey is all good but I still want my ‘Char Keuy Teow’ to go with my ‘Roti Masala’ and wash it down with some ‘Sirap Bandung’ – while craving for some Malva pudding.

Race is not something that should an issue when choosing a partner in Malaysia. In fact, if you’re really smart always date someone outside your culture. It is so much more interesting and easier to learn a new culture if you’re in love with someone from it.

Learning a new culture is one of the most rewarding thing a person can do because in turn you’ll be able to know the cultures you’ve grew up in. If you care to learn about another person’s roots, they will be curious about yours. And when you have the opportunity, you better show a good representation of your heritage.

Do yourself, your race and your nation a favor and love someone outside your own.

So…What race am I? I am The Uber Race. I book two Uber car to race to a single destination and give both drivers a 1-star rating for reckless endangerment. And then, I collect my Promo coupons and points to get free ride to lepak with my homeboys – or meet up with the ladies I’d promised to holla back when I’m free from hustling, ya dig.

While you’re on some holy scriptures telling me the wickedness of my ways, I can tell you this…

I smoke ‘kretek’ ciggarettes and salute my Nepali security guards everyday. I am a Malay boy born in Pulau Penang with a grandfather from Siam. My Mother is from the East Coast. Although I don’t know the roots and ethnicity of my biological father – (Middle-Eastern or Mars; I think) – but I was taught and brought up by an amazing German nerd who’s culture I have embraced and called my own.

My two best homies are a Chinese Banana and an Indian Macha. I am an Uncle to a baby boy born from a white South African carpenter and a beautiful Malaysian dream weaver. I am an Uncle to a baby girl born from a Black Texas warrior and a feisty Indonesian ‘Erykah Badu’ of graphic designs. – I call myself their Godfather but the parents would disagree.

I accept all the histories of every single soul I meet along the way to craft my own self-identity. I am the product of my environment. I am a child of the urban city. I am an Earthling. I am a Human Being. I am Brown. I am an Asian. And….Yes, I like eating deep fried grasshoppers and drinking snake blood while swinging around in the jungle in my loin cloth. But watch out, I am also super amazing at martial arts. Come at me, bruh.

I am a Malaysian.

Who are dem Malaysian?

I Wanna Touch Your Dog (And Stand Against Harmful Conservative Stereotypes)

Iggy Pop wanted to be your dog, but we just want to cuddle with some canines.