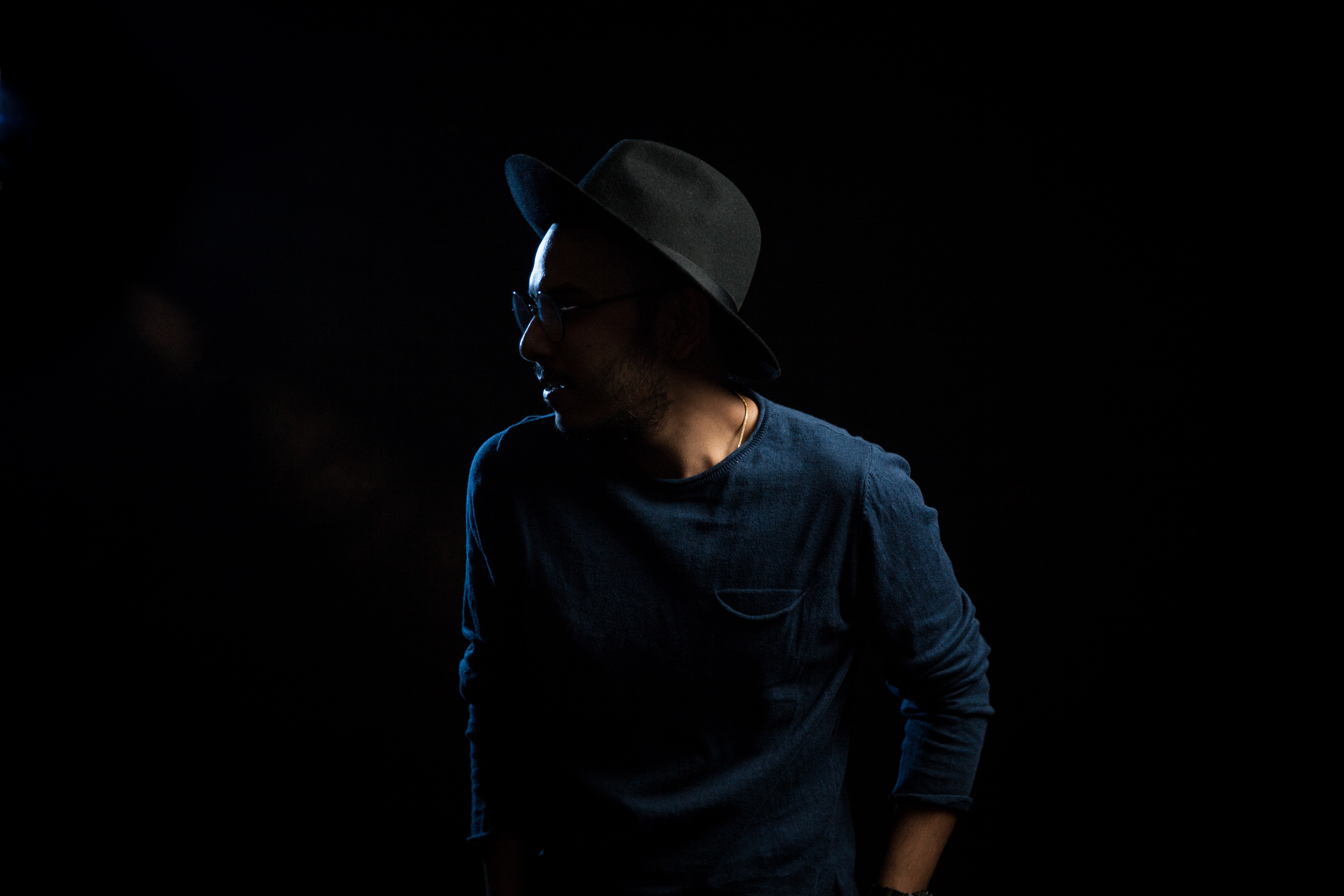 It was a cold, cold summer night.

Two boys from the equators up in the northern city were trying to get some warmth in the authentic and cheap Kebab shop with Middle Eastern music playing in the background. We were hobbits compared to these Europeans and thus the connection was as instant as cooking Mee Goreng.

That was my first contact with Vix, better known as Sayla; walking along the Spree River and the Berlin Wall, showing him how the East Side does it, and introducing him to my favourite chill out spot, Yaam, which was having their Ramadhan food fest. It was a little taste of home abroad.

For those who are not in the know, Sayla is a self-taught painter, musician, poet, and most importantly, a Malaysian rapper whose appearance on ‘RUN THIS’ (2011) by Ego has effectively put him in the same league as other well-known emcees such as Jin Hackman, SonaOne and Aman RA (then known as Kraft).

But his most notable project is of course the ambitious opus that was his 20-track EP series released back in 2015 – Conversations With Self & Other Stories (CWSAOS). It was a creative art project that featured a well-curated narrative that involves fresh and established talents such as Yang Ariff, Sharina Shahrin, and even had hip hop veterans like Vandal.

Recently, it was my pleasure to be the first to ever premier his latest music video, ‘Cold Words / Fleek’ off debut album (sic), during my Hikayat Nusantara showcase for NON Berlin’s NON論DA多{play} #15 in front of a German audience. The controversial music video stars model and social media influencer Alicia Amin, in which she plays a tattooed Muslim girl caving in to societal pressure in terms of appearance, but not necessarily out of faith or ‘repentance’.

Since Berlin is already pushing the limits in terms of arts, parties, social, and political dialogues, the audience had a harder time grasping the taboo nature of tattoos in the Malay-Muslim community, as well as other elements of the showcase that were still considered sinful by the orthodox Malaysian majority. Nevertheless, they did show appreciation and were intrigued with the on-going clash between modernity and the customary way of life.

Recently, I caught up with Vix concerning his progress…

How’s Europe treating you?
The days are getting colder, shorter – but at least the cili padis here are legit spicy. I do miss Tau Foo Fa though, and midnight Ramly Burger runs.

What’s the song ‘Fleek’ all about and why did you choose to add it to the ‘Cold Words’ video instead of having its own standalone video?
Both ‘Fleek’ and ‘Cold Words’ were written on a free stream of consciousness – and weren’t essentially about anything in particular. ‘Cold Words’ and ‘Fleek’ both shaped themselves – as opposed to songs like ‘Chase the Sun’, ‘Hy Psyche Express’, and ‘Unwelcomed’ that were anchored on premeditated topics.

Another reason the videos were stitched together was because both were shot back-to-back, same day, same set, by Al Ibrahim and I.

“I drew parallels of the vibe I was receiving [in Europe], and the disposition of minorities being labelled (and treated) as ‘pendatangs’ by certain quarters in Malaysia; essentially feeling like we don’t belong.”

What’s the inspiration behind ‘Unwelcomed’?
The song itself was penned shortly after moving to Austria. The refugee crisis was a hot topic then, the Right Wing party was gaining ground with their narrative, and there was a recent suspicion of an attempted terrorist attacks at the Berlin Christmas Market. For quite a while, it was apparent locals were suspicious about outsiders – like me. I drew parallels of the vibe I was receiving, and the disposition of minorities being labelled (and treated) as ‘pendatangs’ by certain quarters in Malaysia; essentially feeling like we don’t belong.

For the vid, I was exposed to Classical Indian Dance during my involvement with a theatre production in 2015, Sand the Musical. I was smitten, to be honest. It was also via theatre I met Abi Manyu who sang on ‘Unwelcomed’, and the percussionists that played on the song, Deevesh and Selvendrahh. Through the people there, I connected and pitched the idea to Rathimalar Govindarajoo (the famed dancer and choreographer in the video). We spent weeks discussing the topic itself and what we would like to convey, choreography-wise. Ling Chen, Nasri Lian and his team were the last piece of the puzzle, we pitched the vision, but they were the ones that sparked it all to life.

What are the directions or experimentation you’re currently doing with your rap/music game?
Rap-wise, I am running out of demons to exorcise, so I’m steering towards the calmer/positive side of life for the album. Everything that doesn’t sit in that theme would likely be on the mixtape, if I do release them at all.

[With] Dose Two – back to our reflective tip. We had fun taking a piss being agro for a while, but we’d be returning to our regular scheduled flow-gramming in 2018.

Outside of rap, I have been penning a handful of folk-ish compositions in the last two years; mountain music nearly. Would love to pursue it once the Sayla thing is done.

When can we expect another album?
Q2 or Q3 2018. One more album from me before I put this Sayla thing to rest. Also, maybe a little mixtape.

Have you been following the scene? And who are some of the upcoming rappers you think have potential and deserve a listen?
Malaysia has so many good come-ups man, it’s nuts! The ones I dig are Pele L, Danye, Senna, Kidd Santhe, Airliftz, Orang Malaya, all of them Lawalah boys, A-Kid, Klash, Zamaera, Zet Legacy, Ninjaboi, Kid Raw, Kayczar, Gard.

What are your hopes for the hip hop scene in Malaysia?
That it remains free to evolve and shape itself, without the shackles of gatekeepers.

Coming back home anytime soon?
Real soon. Visiting my folks and my grandmamma – she’s been ill.