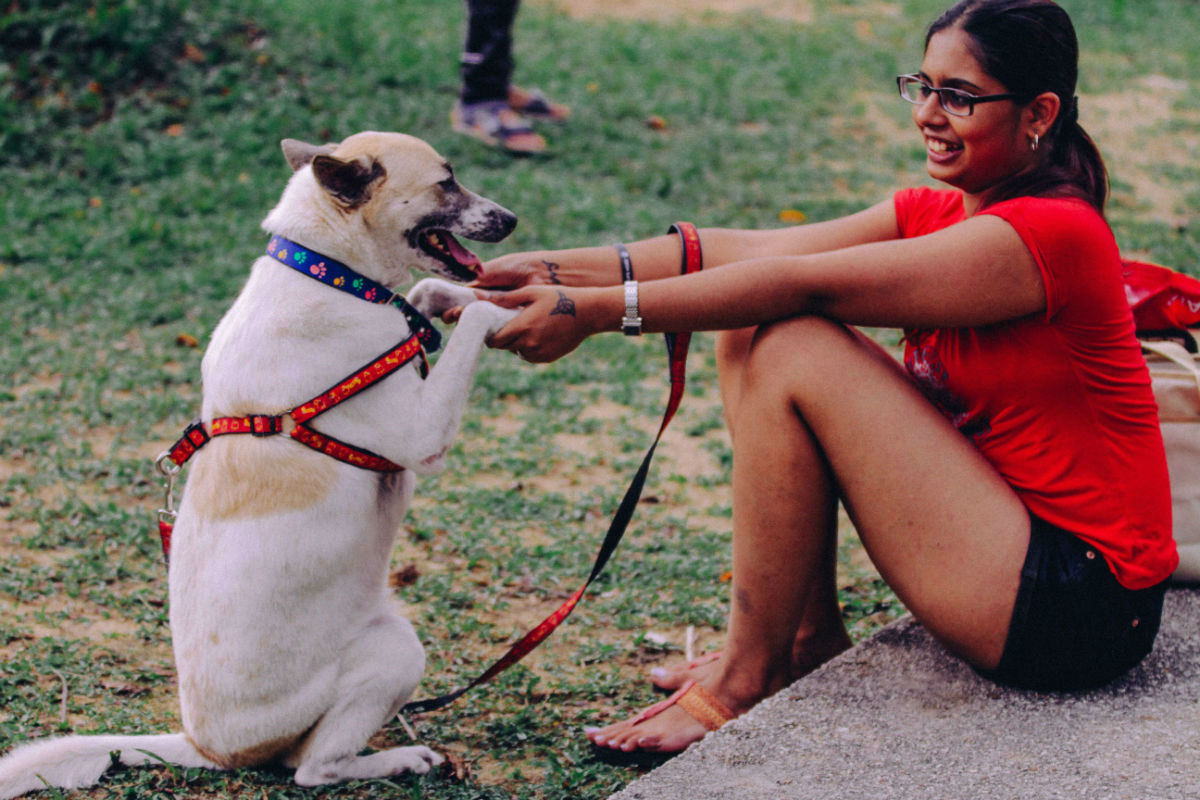 Anyone living in Malaysia will recall the event that made waves in both local and international headlines – the aptly-titled ‘I Want To Touch A Dog’, which gave Muslims the chance to pet several friendly canines in One Utama’s Central Park. The event was organised by a plucky young Muslim youth, Syed Azmi Alhabshi, who also brought in several ‘sertu samak’ coaches to teach Muslims the proper way to cleanse themselves after touching a dog, according to religious teachings.

An ustaz (Muslim priest) was even present to give a speech about the significance of the event, and how conservative religious stereotypes against dogs and other furry friends must be dispelled. The event was well-attended by a record number of Muslims, as well as many non-Muslims. Dogs are man’s best friends, as the saying goes, and nobody present there that day didn’t have fun, from the young children happily running around petting dogs to their parents and grandparents present.

But religious conservatives and hard-line Muslims were not having it, even though it’s a well known fact that Muslims have long since been able to touch dogs – see the above picture of a past Sultan of Kelantan with his dog; and the picture below of the Mufti of Kelantan in the 1930s with the Sultan’s dog on the cover of William R. Roff’s book, Studies on Islam and Societies in Southeast Asia. (The Sultan wanted to keep a dog but his sister objected and the case went to Al-Azhar University in Cairo with the clerics there informing that it was fine to own a dog.)

The press was given a field day shortly after the event as Syed Azmi was overwhelmed by over 2,000 hate mail messages on his personal phone number alone, and the backlash against him in the following weeks labelled him many (ridiculous) things, amongst them accusations of being a Christian, or a member of a deviant Muslim sect, or simply a “bad Muslim”. Despite his ardent supporters eagerly defending him both on and off social media, he was ultimately scared into submission by death threats, and the ‘I Want To Touch A Dog’ event on Facebook was deleted, along with the actual photographs from the event.

Issues about what is and isn’t “haram” is still an incredibly heated, but important discussion today in Malaysia. Even if we scrutinise the parts of scripture which consider dogs unclean in Islam (which is debatable as there are verses that promote the loyal-nature of dogs), it does not preach anything about mistreating or abusing dogs – something which is mostly ignored by those in this country who get some twisted joy from animal cruelty.

‘I Want To Touch A Dog’ was more than just a pop-up petting zoo. It was an important reminder that at the end of the day, all religions promote love and acceptance of all animals on this earth. And like all reminders, they need to be constantly brought back to us so that we remember. So here’s a gallery filled with warm and fuzzy goodness, for any of you still in doubt.