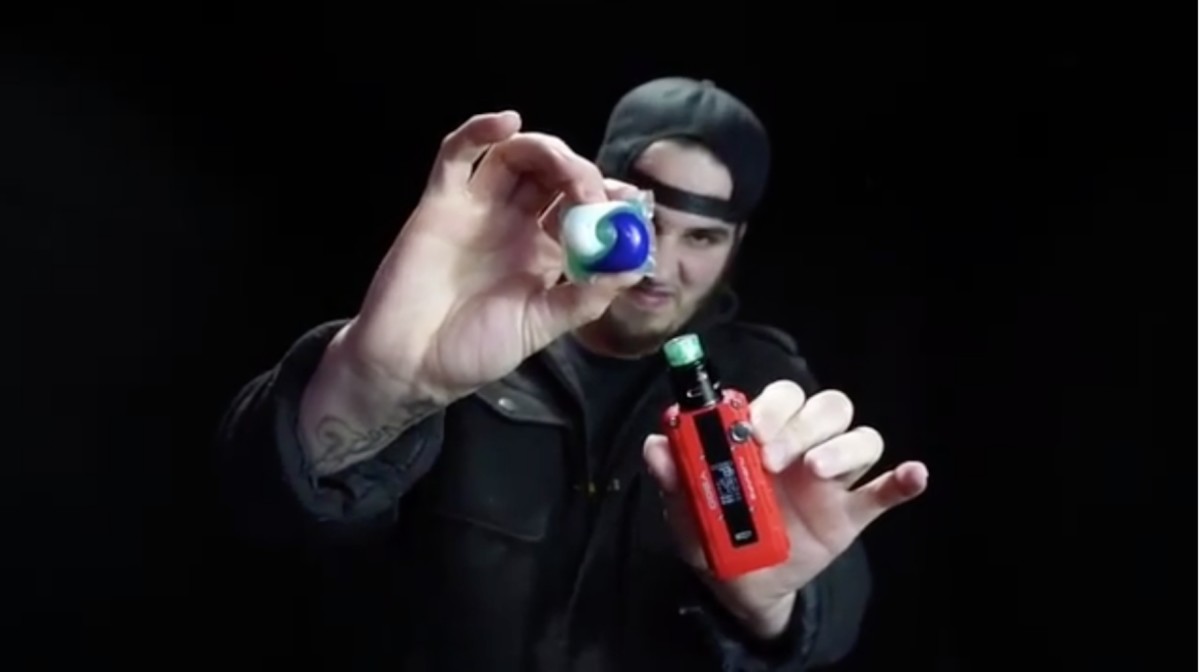 Just when you thought vaping would be as accepted as an activity as watching Eric Andre making fun of the culture, something bad happens that makes you wonder if it’s generally okay for some people to be using these devices.

Kevin Trinidad, a vape trickster (a person who does vape-tricks for a living), tried vaping poisonous laundry detergent from a Tide Pod.

A video was posted on Vape Tricks (@vapetricks) showing Kevin pouring Tide laundry detergent into the tank of his e-cig, and trying to rip vape clouds. He but failed and instead succumbed to violent coughing.

What initially started as a joke quickly turned into an issue with the vape community and Netizens reportedly throwing shade and the kitchen sink at Trinidad.

The vape trickster has since then posted a video to his personal Instagram account, where he apologised for his “bad decision” and expressed desire to do “more positive things for the (vaping) industry and the world”.

Tide Pods are packets of concentrated laundry detergent which have now become a meme amongst the coming of age who humorously started joking about how tasty they looked like in said memes. The memes turned into a reckless challenge when people started posting videos of them eating Tide Pods for a shot at 15 minutes of internet fame – if you’re wondering where Trinidad got the idea from.

This incident of chasing clouds is just another way of riding the Tide Pod Challenge which has been taken down by YouTube after millennials tried to ingest the candy-looking Tide Pods.

Can’t handle vodka? The only logical thing to do is chase with pods @amherstbarstool

Since 2010, 2 children and adults have died from the ingestion of Tide Pods.

Garth Schumacher, from the fire department told CBC News that “It’s a desire to get likes… get bigger on the social media scene”.

Minimalistic living is not that difficult at all, y’know?