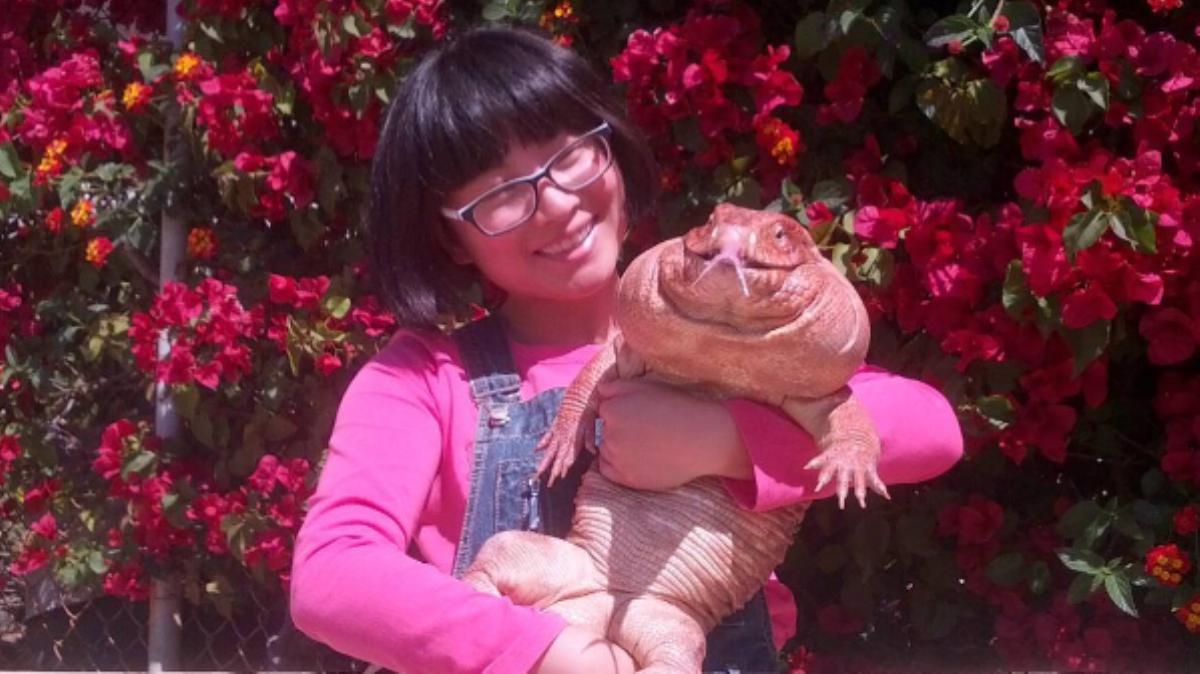 One woman upped everyone’s ‘Gram game with her infamous dog-sized lizard that lavishes in Netflix and salmon. Which made us start thinking, is this lizard the new Grumpy Cat?

MacGyver biologically originates from a species of lizard called Argentine Giant Tegu. Deviating from its reptilian roots, we acknowledge that MacGyver is the owners’, Scott and Ice’s, “scaly baby” as you can see from their cute family portraits or through their Instagram accounts – namely MacGyver’s Mommy (@macgyvermommy) and Mac’s Daddy (mac_daddy_himself).

Met some interesting lizards and their pet humans at the @macgyvermeetup

Here’s a glimpse into the Internet-famous giant lizard’s life:

Was once a smol thang #MajorThrowback

But now a big boi

Dear Alabama, If you insist on voting for a cherry-popping predator today, please consider writing in my name instead. I always ask cherry trees for permission before eating their children. Update: Thanks to the 22k people who did a write in. I’m gonna assume they were all for me.

Slides into your DMs

Please remember to stay hydrated (applies to lizards, humans, and you)

Tag someone in need of Saturday night tongue 👅👅👅

Can be extra clingy

Tag someone who orders animal style

But is more famous than us and goes for meet-ups

Maybe because MacGyver is in Games of Thrones?

Quite the meme too

Tag someone who likes sexy guys on boats

Last but not least, MacGyver is an opinionated creature and has a political view

In a VICE-Broadly interview on ‘What It’s Like to Live with a Famous Giant Lizard’, it is known that:

“Mac supports Bernie because of Bernie’s human-friendly policies, especially his stance on campaign finance reform. He thought about supporting Hillary or Trump, because rising global temperatures and the extinction of humans might benefit his cold-blooded brethren, but he finally decided to give humans a second shot.”

Should lizards become more acceptable as pets of the 21st century? Tell us in the comments section.

This Indonesian Guy Has Casually Hung Out With Many International Celebrities

So, who would you wanna lepak with?

Malaysian Instagrammer Transforms Herself into Iconic Characters Using her Hijab

The power of make up and a lil’ creativity.

Let somebody else go through the horrors of bundle shopping