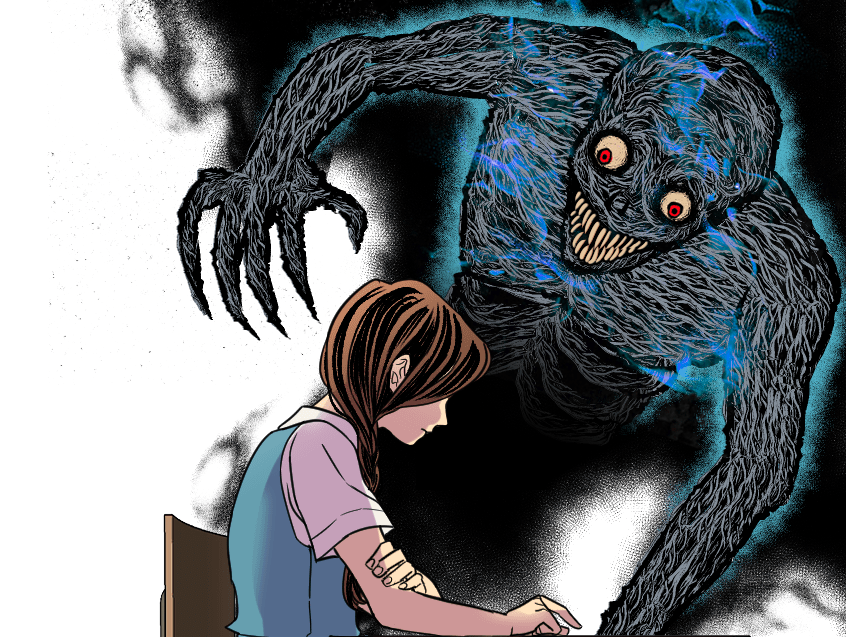 “Di mana bumi di pijak disitu langit dijunjung” happens to be the core backbone of the Young-Adult novel that took Malaysia and the entire world by storm, The Weight of Our Sky, that is written by polished author Hanna Alkaf. A graduate from Northwestern University with an amassed 10 years of writing experience, Hanna writes about racial tension in Malaysia during the May 13th 1969 riots with eloquence and a sharp focus on mental illness.

The novel circumnavigates the protagonist, Melati’s, experience as she strives to survive amidst the chaos with a Djinn plaguing her mind and interrupting her every thought. A dissection of how propaganda and prejudice could act as knives to split a nation into two, Hanna tackles the subject gracefully yet with prowess.

JUICE got the opportunity to delve deeper into the conception of The Weight of Our Sky as well as get a scoop on the author’s upcoming book, ‘The Girl and The Ghost’, set to debut in 2020.

The events of May 13th 1969 were a true portrayal of how propaganda and dichotomy could tear a nation. However, the recollections from the event were usually cloudy and split down the middle between Chinese and Malay perspectives. With that, whose story did you choose to share? And was it based on anyone specific?
If you read The Weight of Our Sky, I think – I hope – that you’ll see that I tried to be as even-handed in my portrayal as possible, while still sticking as close to fact as I could. The narrative I chose was less about picking sides and more about sharing stories instead of data points. I didn’t want the very real loss of human life to be boiled down to stark numbers anymore; I wanted to portray the stories of the people who lived through that time, to show both our humanity and our inhumanity, and the effects racism has on both.

How did you come up with the idea to base a story on mental illness that intertwines with the setting of one of the darkest moments in Malaysian history?
Mental illness has been an area of particular interest for me for a long time – I’ve even written a non-fiction book about it – and I’m particularly drawn to the way mental health and culture and faith interact for us as a people. And I’d always wanted to write a story against the backdrop of May 13th. And eventually those two separate strands of thought in my head began to weave themselves together and formed the backbone of The Weight of Our Sky.

Were you ever hesitant to publish your novel in fear of backlash from the public since it is centred around a topic and historical event that are not widely discussed?
…Not really? I’m hardly the first person to discuss May 13th, whether in fiction or non-fiction, nor will I be the last. And I don’t think I wrote anything particularly controversial either. Anything that I wrote that was based on fact can either easily be sourced by anyone with access to the Internet and a search engine, or are based on recollections of survivors.

It’s no secret that the ‘pendatang’ mentality is still prevalent in today’s society. How do you feel your novel (and novels similar to yours) could ease this omnipresent racial tension?
I’m not someone with grand delusions of how my book can change the world. I just wanted to tell a good story, and I wanted to start conversations. I wanted young people, young Malaysians, to start wondering about their histories – the histories of their own families, of their own country. And I wanted young people with OCD – particularly young Muslims with OCD – to feel seen, and to feel represented in a way that felt real and true. Any change that comes out of it is a bonus.

Speaking of art, are there any Malaysian period dramas that accurately depict the horrors of our history or is that a lacking genre in our cinema?
I’m going to skip this question – I’m a mom with young kids and no helper, and movies are a rarity for me these days, so I am not up to date.

The decision to relate religion with mental illness must have been a difficult one since the discussion regarding the two is very polarising. What made you decide to highlight the age-old wives’ tale that mental illness is caused by Djinns in our minds?
First of all, I don’t want to dismiss belief in djinn as old wives’ tales just like that. To be Muslim is to be exhorted to believe in djinn and the unseen, and so we must treat this with respect, even if we ourselves are not of the same belief. Within the text, Melati is never demeaned or belittled for her belief; this is her reality, and we must give her room to move and grow within it. I don’t tell readers whether or not the Djinn is real, because it is enough to know that he is real for Melati. I wrote it this way because for us, in Malaysia here and now, it’s a common way to live, to tread this boundary between the seen and unseen, spiritual belief and rational thought, and make a space for ourselves there. And it isn’t wrong or right. It’s just another way to live.

I’m a 21 year old woman but Vincent still has me swooning whenever he appears on the page. Despite that, he was never truly introduced as a love interest. What was the intention behind his character?
I know there are Vincent and Melati shippers out there, and while I appreciate you, I never intended to make TWOOS a love story. I absolutely loathe stories in which mental illness magically becomes cured because of ~true love~, and I wanted to stay as far away from that as I could. And I didn’t want to include a romantic element just because this is a YA novel; they’re in the middle of this terrible, life-altering thing, and Melati’s focus is on the one true love of her young life: her mother. I think what’s really important about the relationship between Mel and Vince is that you see Mel finally opening up and begin to trust people beyond this wall she’s built around herself and the few loved ones she has. It’s one of the ways you see her begin to grow up and away from the Djinn’s grasp.

One of my favourite elements of the book was your ability to paint such a vivid picture of Malaysia at the time with music references, nostalgic candies and school boys with sikats protruding from their back pockets. What are your favourite pop culture influences from that period?
My favourite references to write in were definitely the ones to do with music, from P Ramlee to the Shadows to Pop Yeh Yeh to, of course, every single Beatles reference. I grew up with a lot of that music thanks to my parents, so writing them into the story was nostalgic for me personally too!

I think that’s enough on The Weight of Our Sky because I’m growing more curious about your upcoming release, The Girl and The Ghost. Could you tell us more about that?
The Girl & The Ghost is the story of Suraya, a lonely little girl who inherits a dark spirit – a pelesit – from a grandmother she’s never met, and turns it into the friend she’s always longed for. But as Suraya begins to grow up, meet new people and make new – and actual human! – friends, both girl and ghost must face the darkness within him and overcome it even as it threatens to swallow them all.

The Girl & The Ghost is a middle grade book, so it’s recommended for ages 8-12, and will be published by HarperCollins in August 2020!

Since it is almost Halloween and your books revolve around Djinns and ghosts, I would assume you are a horror-enthusiast. Could you name some of your favourite spooky books and films?
For movies, I love: The Others, The Descent, It (both the original and the remakes, even if I don’t love the ending as much as love the bits leading up to it), It Follows, Annihilation, Get Out, Us, A Quiet Place, and Haunting of Hill House on Netflix, which is not a movie, but is scary and amazing.

For books: Rebecca by Daphne Du Maurier, White is for Witching by Helen Oyeyemi, The Haunting of Hill House by Shirley Jackson, I Am Legend by Richard Matheson (not to be THAT person, but this is a case in which the book is 100% better than the movie – sorry Will Smith), A Head Full of Ghosts by Paul Tremblay, Coraline by Neil Gaiman (yes it’s for kids, but don’t tell me that an Other Mother who wants to replace your eyes with buttons isn’t terrifying at any age). For short stories, Roald Dahl curated a collection of ghost stories (Roald Dahl’s Book of Ghost Stories) that I read as a child and still think about, and Ray Bradbury’s The October Country is full of delicious shivers.

To get your own copy of The Weight of Our Sky, click here, here and here.

Since it is such a great read, it has recently been adapted into a Webtoon illustrated by Nisrina A.N. To check that out, click here.

Main image & Header image from the Webtoon ‘The Weight of Our Sky’, illustrated by Nisrina A.N.

We Talk Business and Sneaker Culture with Skechers’ SEA President

No longer a new player, Skechers has amassed a global following in its 20 years.