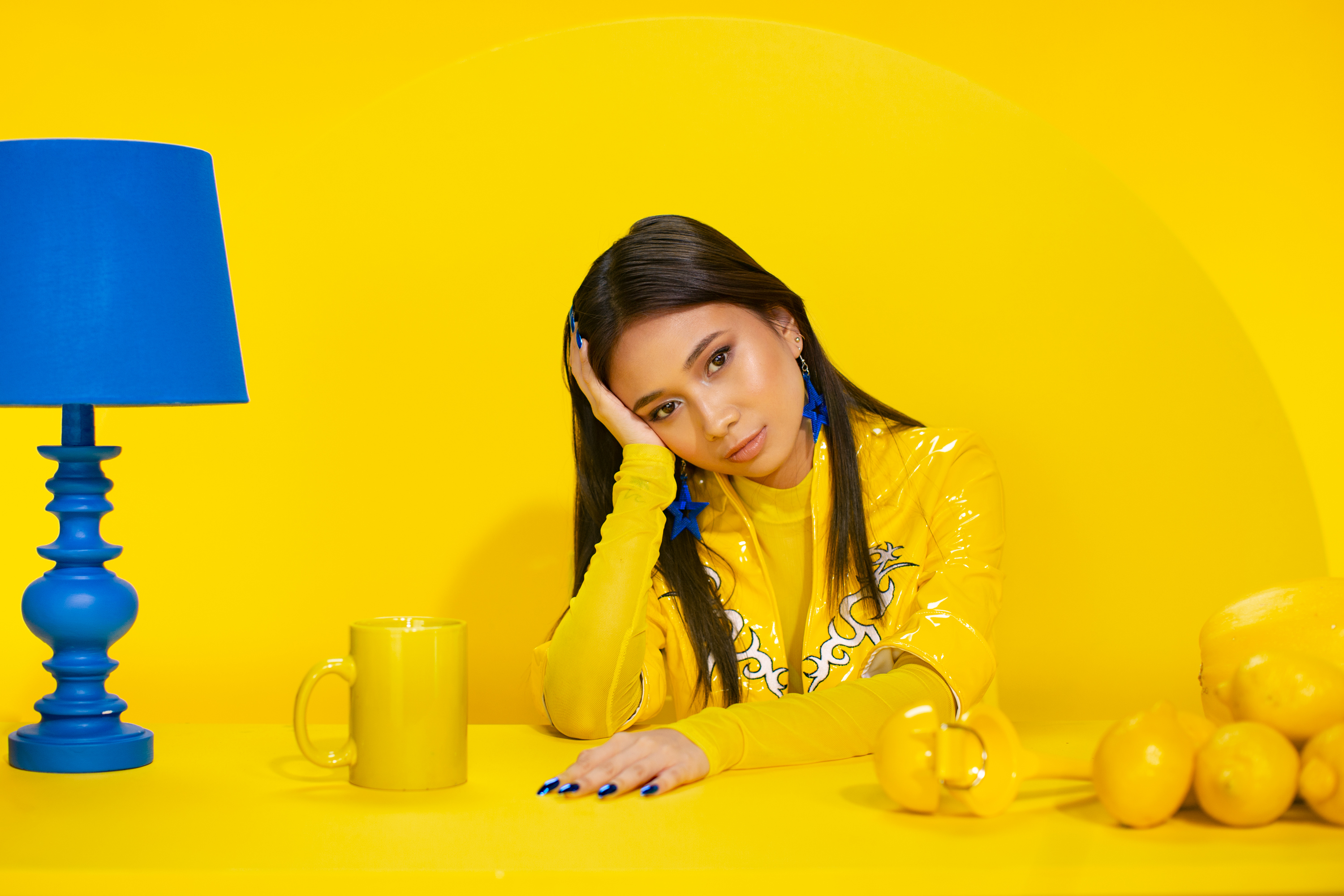 With the influx of artistes crossing genres and closing the gap thanks to their creativity and talent, music has never been more universal than it is today. Long before she was taken under 88rising as NIKI and dubbed as an R’n’B princess straight outta Indonesia, Nicole Zefanya covered songs and posted her originals on YouTube, garnering a huge amount of viewers per video for her simple-sounding covers made distinct by her smooth R’n’B runs.

As her sound progressed, so did her style and this year, the songstress dipped her toes in the pop genre with her recent project ‘wanna take this downtown?’ that was released last May.

JUICE got to sit down with the 20-year-old in Kuala Lumpur as she dives into new territory with her music and talks all about it.

So what brings you here to Malaysia? Is this your first time here?

Well, I’m just here to do a lot of press. Actually, I’ve been here a lot. My dad travelled for work when I was young, so I was always in between Singapore, Kuala Lumpur and Indo.

I’ve read in a recent interview you had, you stated that recording and writing for your latest EP ‘wanna take this downtown?’ was sort of liberating. Can you tell us more about that?

Well, this record obviously is a lot more pop-sounding, at least for me. So, I was listening to a lot of pop this year and to be honest, I was going through a really difficult time of my life at the beginning of this year. I found this style of writing very therapeutic and very light. It just cancelled out negative energy that I was experiencing.

It felt specifically liberating because when I came out with ‘Zephyr’, it was a lot more R’n’B and I was still green and fresh – I was still exploring my sounds and still figuring it out. Then this year, I came to terms with the fact that genres don’t really mean anything and as an artist, you shouldn’t confine yourself to any labels or boxes.

Versatility is a good thing, so I was like, “You know what, I want to write a pop record”.

Speaking of versatility and genres, how was the process of switching it up from R’n’B to pop like? Musically or perhaps in your songwriting?

Songwriting to me is always different. Inspiration comes to me from everywhere, sometimes I’m in my bedroom and I’ll be like “Oh, I feel like writing – right NOW” or when I watch a movie – it’s just very different all the time. So, I wouldn’t say the process of creating the EP changed, I guess it’s more about the sound.

Were you heavily involved in the beat making and production? And which song on the EP that naturally just came out of you?

Yeah, I produced most of the tracks in this EP myself. And do you know what’s crazy? Almost all the songs are like that. Which is why the four songs are featured on ‘wanna take this downtown?’.  To be honest, there were other songs that I wrote at that time, but those four songs were the ones that just came out of me. It sort of spilt out.

I know that you have a special upcoming project called ‘Moon Child’ that will be released at the end of the year. What can your fans and listeners expect from that album?

This one I couldn’t even tell you what genre it is. It’s so much… it’s different. This year I’ve just been exploring a lot of my artistry and I sort of move away from “structure”, if that makes sense. My current EP is very like – verse, chorus, verse. For ‘Moon Child’, it’s whatever that comes to me musically.

I have some fun questions I would love to ask. Firstly, your birthday is on January 24, so that means you’re an Aquarius. So tell us, what’s the most Aquarius thing about you?

Hahah yes! Well, I always “wanna be different”. For me, I love mentally stimulating conversations. I literally could not be like, “Oh, you’re hot – I wanna hang out with you”. I have to be able to TALK to you. I think that’s the most Aquarius thing about me – I could not do small talk. If not, I will literally be like “alright, bye”.

I stalked your Instagram last night and I noticed that you’re quite close with Lisa from BLACKPINK, how did that friendship happen?

It started when she posted my song ‘Spell’ on social media, and I obviously freaked out cause like.. oh my god, I love BLACKPINK. That started with an online conversation and when she was in Los Angeles, that was the first time we hung out. She’s honestly the COOLEST person, so sweet, so humble – the best.

It’s cool how people like us who are from South East Asia, yet we get to connect with others across the world through platforms like this. Also, the fact that both of y’all are actually representing the SEA.

That’s another thing! I find her so cool, she just represents the SEA’s women so well. She’s so softspoken but with a lot of badass energy at the same time. I feel like that’s just SEA women – we are powerful ass bitches.

Before we wrap this up, is there anything you like to say to your Malaysian fans?

Thank you so much for your support! I genuinely love Malaysians, they’re so cool and friendly. Hopefully, we all can get teh tarik anytime soon.

Make sure to stream NIKI’s ‘wanna take this downtown?’ by clicking, here.

Interview: Kayda on her debut album, the local hip hop scene and being an OG/Kak Long

You don’t need a reason to love something.