Scrolling through Twitter this past few days, I can’t help but feel stressed out by the explicit ‘opinion’ of some men that has surfaced up in this holy month. These statements and cases that I will soon address down below is the reason why rape culture is alive and striving in our beloved country, Malaysia.

Rape culture has been so normalised here that women are immune to it and some men are suddenly shocked that this ACTUALLY happens. It’s our reality – like it or not. How much longer shall women stay quite? It’s time we address this issues and hopefully our new Malaysia will have a brighter future (not just in terms of politics).

Before we start, here’s what rape culture actually means: The term came about to show the ways in which society blames victims of sexual assault and normalised male sexual violence.

It’s perpetuated through the use of misogynistic language, the objectification of women’s bodies, and the glamorization of sexual violence, thereby creating a society that disregards women’s rights and safety. But to make things easier, here’s a pyramid chart by 11th Principle: Consent to show how rape culture works. 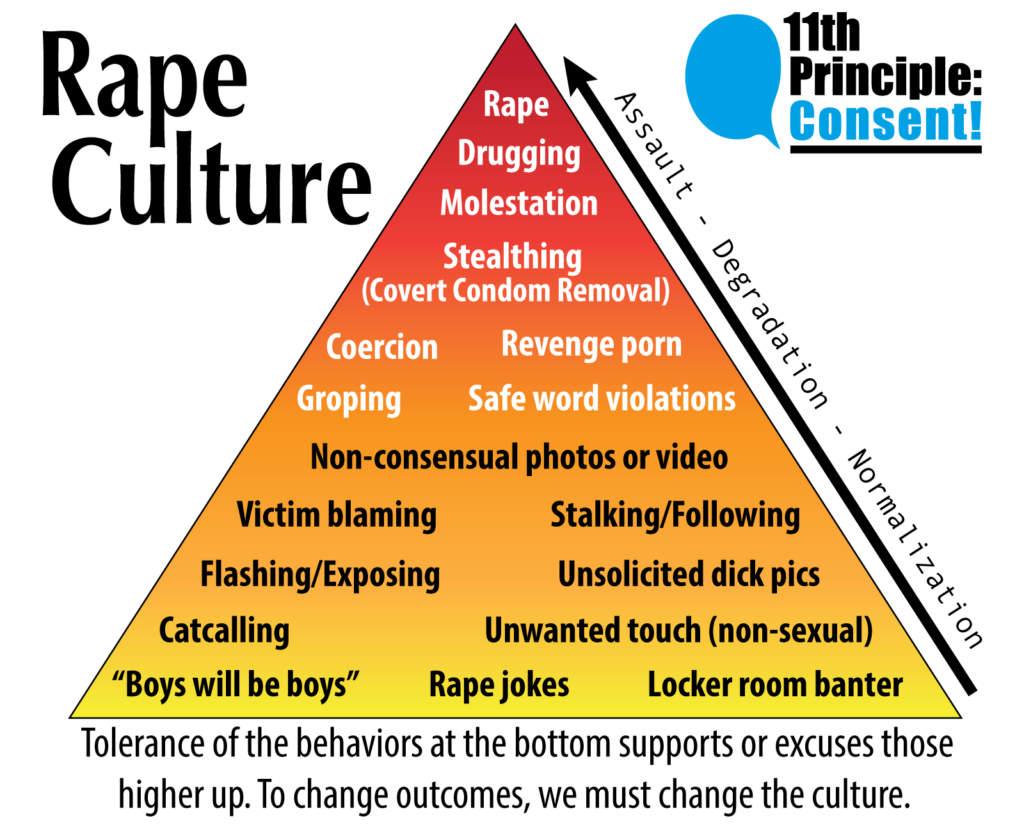 In Malaysia, the most common predicament is victim blaming and tolerance of sexual harassment. Let’s talk about how our Permatang Pauh MP Nurul Izzah Anwar who has achieved so much in life was sexually harassed on-air by a Malay man, Azrul who only sees her as “tudung” & “buah dada”.

In the name of “religion”, Azrul supposedly “advised” Izzah regarding how he could see her innerwear and breast area despite her covering it up with the hijab. Instead of calling out that disturbing call, the host of the show thanked Azrul for “advising” her. That alone shows how the media enables this kind of behaviour – normalising it.

Thankfully, his comments sparked an immediate uproar on Twitter. Both women and men rebuking those who went out of their way to police the way women dressed. This started a chain reaction of other women on Twitter sharing their own “Azrul” experiences. Just like the caption said, they’re everywhere.

For some hecking reason, using religion to back up perverted thoughts and schooling others to tutup aurat is the number one go to for most men in Malaysia. Here’s one example out of many:

While Muslims from other countries are struggling to make Islam accepted, here we are throwing shameful justification in the name of Islam. It’s embarrassing and we can definitely do better. Netizens like this needs to learns the difference between actual teguran and straight up sexual harassment.

I’m no expert, but when you state that a woman deserves to be rape continuously by different men just because of her dressing, that my dude – is sexual harassment.

Let’s not also forget that no matter what a women wears, whether it’s a full on covered jubah or a simple crop-top, both of them are at risk of being sexually harassed. It’s simple as that.

Now instead of being provoked by this whole piece and arguing that “not all men” are like this, LISTEN and do better. Enough complaining and open your eyes to the root of this whole problem. Enough of dismissing their issue, their fears and their worries.

Understand that rape culture has real life consequences and women are hurt/abused because of this. It’s easy as educating you fellow brothers and sons.

Just like Rosheem Fatima said on Twitter, “Fighting rape culture is more difficult than any of us want to admit. Power, status, culture, safety, awareness, etc – all comes in play”. It’s time for us to think about our roles – whether you are the bully, the bullied or the spectator.

If not, it’ll leave you in situations where you are unable to act. Practice speaking out and standing up for others – it’s time to fight rape culture. 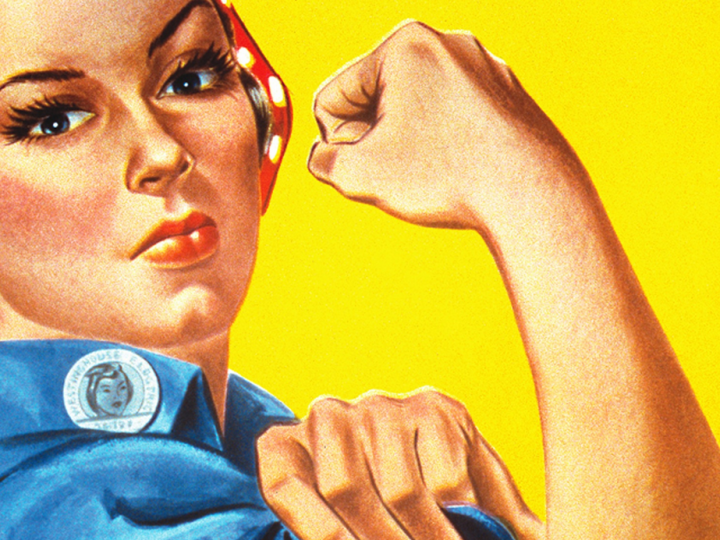 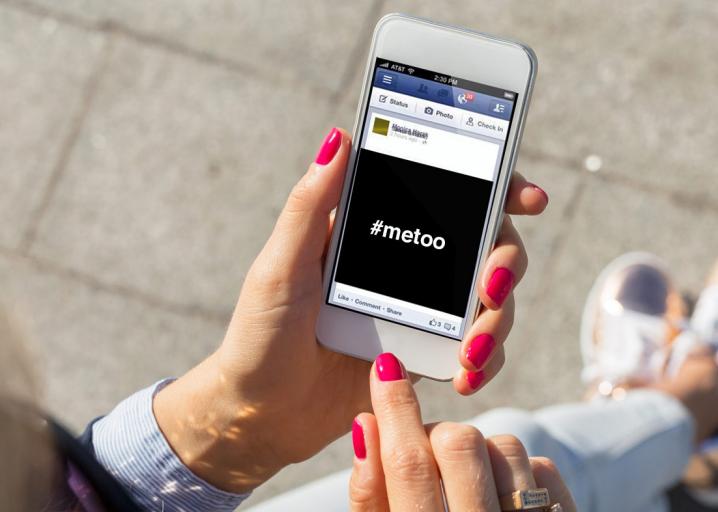 In a country where rape victims are told to marry their rapists, the #MeToo movement should be normalised so victims can speak up, rather than oblige. Despite framing themselves as advocates for equality, many men and women still seem to be comfortable adhering to traditional gender roles in the dating world.