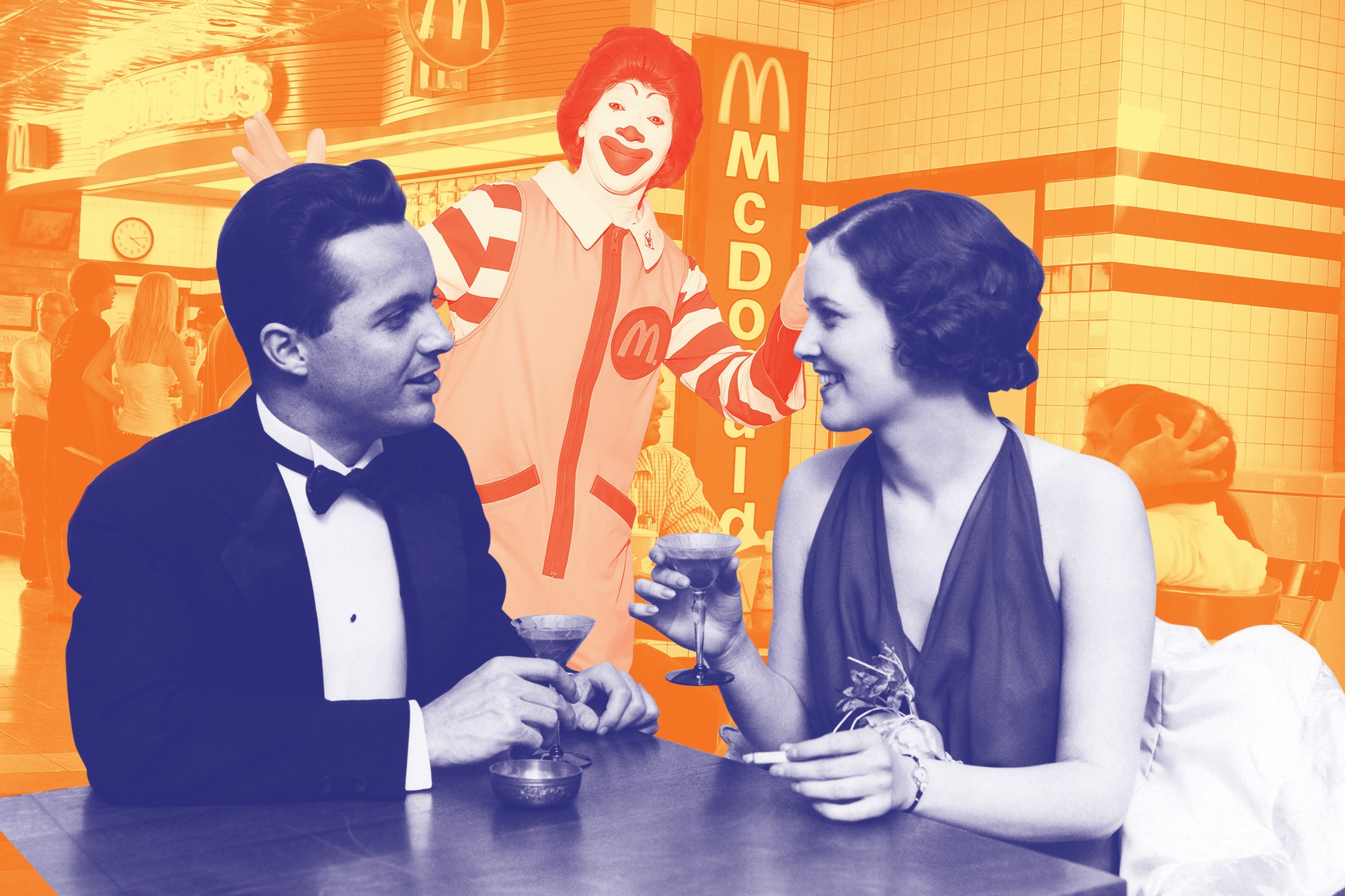 There’s this scene at the beginning of episode 6 in Atlanta where Van meets up with one of her old friends, Jayde, at a fancy upmarket restaurant for dinner. Their encounter is initially amicable with all the necessary pleasantries and “how’ve you beens,” until Jayde starts commenting on Van’s hair, telling her that she needs to go to a hairstylist who also happens to come with a pretty price tag. Van sarcastically remarks that unlike Jayde, she actually needs to pay for her own expenses, and the audience slowly realises that the latter’s glamorous lifestyle is a result of numerous romantic endeavours with high-profile NBA athletes who are bathing in cash. In an effort to defend her choices, Jayde talks about knowing one’s ‘value’ as a woman and the importance of a man being able to appreciate that value through material gifts and financial means.

There’s still a very warped view when it comes to the intersections between money, gender roles, and romantic relationships. Many men still enjoy the feeling of being able to provide, and a considerable number of women report being comfortable receiving financial favours from men despite self-identifying as modern-day feminists. If we look at the example of first dates, we need to ask why the act of splitting the bill comes coded with so many negative social messages. Why do a lot of women still expect a man to pay for their meals and drinks, and why do men cave into these expectations instead of offering to halve the bill more often? More importantly, what kind of effect do these expectations impart on the fight for feminism and gender equality?

There are a lot of elements that go into complicating the debacle of who should pick up the bill once dinner is over. Statistics illustrating viewpoints from both sides of the fence paint a rather depressing picture of gender dynamics in heterosexual dating; despite the advancement of female empowerment in the workplace and the rise of third-wave feminism, Refinery29‘s poll involving 656 millennial women showed that 59% of the women surveyed thought that a man should always offer to pay for the first date, while 48% said they would let their date pay for them if offered. To top that all off, a research by Janet Lever, a professor of sociology at California State University, Los Angeles, shows that 75% of men report that they still feel guilty accepting a woman’s money on the first date. These numbers are a testament to how we’ve imbued the gesture of paying with such complex expectations, but why does it still remain prevalent in a day and age where women are becoming more independent and ‘gender equality’ is on everyone’s lips? How do we come to a resolution when there are expectations weighing down on both sides that are pressuring both men and women to fit into outdated forms of masculinity and femininity?

Refinery29’s survey shows that 54% of women said they “sometimes” or “always” expect their date to pay for them, with 36% of women confessing to the “wallet reach,” a move employed to save face despite having no intention of actually paying. The reason behind these numbers can be easily tied back to antiquated gender expectations that have been weaved into mainstream consciousness; a man is expected to pay for the first date in order to convey his image as a ‘gentleman’, and ladies are conditioned into marking a man’s offer to split the bill as a red flag. Obviously, there are a lot of intersecting factors that go into deciding who should ‘rightly’ foot the bill, but more often than not the answer often leans disproportionately towards men. From who extended the initial invitation to who picked out the restaurant, it’s usually the guy who ends up feeling like he ought to cover the meal, which may explain why some women experience guilt and feel like they need to at least ‘pretend’ like they’re making an effort to pay. After all, there’s still a long-standing norm of men being the ones to ask women out first and consequently deciding on where to take them for dinner.

The notion of ‘taking someone out on a date’ is still very much alive and it’s not something that’s about to die down anytime soon. After all, a guy taking a woman out for a meal definitely doesn’t do anything to demean her worth, but why aren’t women doing the same for their dates as often as they should? Despite ardently fighting for gender equality, many women are still comfortable with traditional practices when it comes to their romantic pursuits, including having a man pay for all of their expenses. Some women, like Jayde in Atlanta, even view this as something that lends them the autonomy and empowerment that they deserve. Money is almost always inexplicably tied to power, so when it’s coming from a source other than your own hard work, it’s difficult to justify exchanging your companionship for material gifts as a practice that’s particularly liberating in the grander scheme of things.

These expectations are further fostered when we’re constantly fed stories about how our dad paid for our mum on their first date and the so-called importance of chivalry and tradition in heterosexual relationships. Feminism and female economic independence are movements that have only really gained traction in the last few decades, and it’s worth noting that political figures in our country are still making primitive statements about a woman’s ‘rightful’ place in the home and feminist ideas are being painted as an ideological neo-colonisation from the West.

Needless to say, it’s a challenge to try and flip perceptions of what it means to go Dutch on the first date, much less in Malaysia where people are still clinging onto the most traditional of gender roles. We’re talking about recoding decades, possibly centuries, of gender norms and dynamics, but if halving the bill means a more even playing ground for both sexes, it’s a fight worth fighting for. I hear you, you need more convincing. How would splitting the bill work out without the inevitable threat of social awkwardness and miscommunication between two people? How do you overcome the risk of appearing miserly, rude, or disinterested?

Some of the results from Refinery29’s poll show positive indications of more women who are beginning to pay their share at the dinner table. More than half of the women surveyed said they feel that picking up the tab shows their date that they’re not using him, and 60% of the women surveyed said that they always or sometimes split the bill evenly. According to research conducted by Chapman University’s David Frederick, nearly two-thirds of men believed that women should contribute to dating expenses, with 44% of men saying they would stop dating a woman who never pays. With numbers like these, it’s safe to say that splitting the bill would lead to a happy resolution between the sexes, but the gesture of doing so still remains fraught with many negative underlying social messages.

If a man goes off-script and offers to split the bill, many women take it as a sign that he’s not interested. Likewise, the act of a woman paying her share somehow becomes misconstrued as a lukewarm response to the date rather than being seen as a genuine effort to pull their own financial weight. It’s no surprise then that both sexes fall comfortably into the tradition of men footing the bill. It’s fair that most women feel unsure about insisting to pay and engaging in an awkward tug-of-war for the check (“I’ll get it,” “No, I’ll get it,” “No, I’ll get it”) when men are still adamant about making a good impression and not wanting to appear stingy. However, it’s incredibly toxic how our interest in another person almost always ends up being tallied by the total cost of a restaurant meal, and that’s something that needs to change if we’re going to move towards a healthier dating culture.

Gender stereotypes shoehorn people into roles that vilify women as gold-digging opportunists while painting men as providers of luxuries with no other option than to quietly begrudge their dates for never lifting a finger when the bill arrives. This is why starting a relationship on equal ground is so important to healing the divide between men and women within heterosexual dating. There are so many other ways to show your interest (or disinterest, even) other than through monetary means, and splitting the bill means there are no looming expectations except to get to know the other person and have an enjoyable time together.

Don’t get me wrong, I’m not saying that you ought to feel guilty just because a man bought you dinner, and neither are you committing a cardinal sin against gender equality by paying for a woman’s meal. This black and white mentality is just as harmful, and sometimes it’s important to remember that footing the bill is just some people’s way of showing that they care. However, in no way should this privilege turn into a form of entitlement for either side at any point during a relationship. Gender equality will remain nothing more than a nebulous concept if we don’t make an effort to change stereotypical dating conventions, and it’s an effort that needs to come from both sides in order to reach a tangibly positive outcome.

Worried that you’re growing attached to a softboi? Disillusioned with the prospect of seeking true romance on Tinder? Check out our features on dating and what it means to find love within Generation Y.