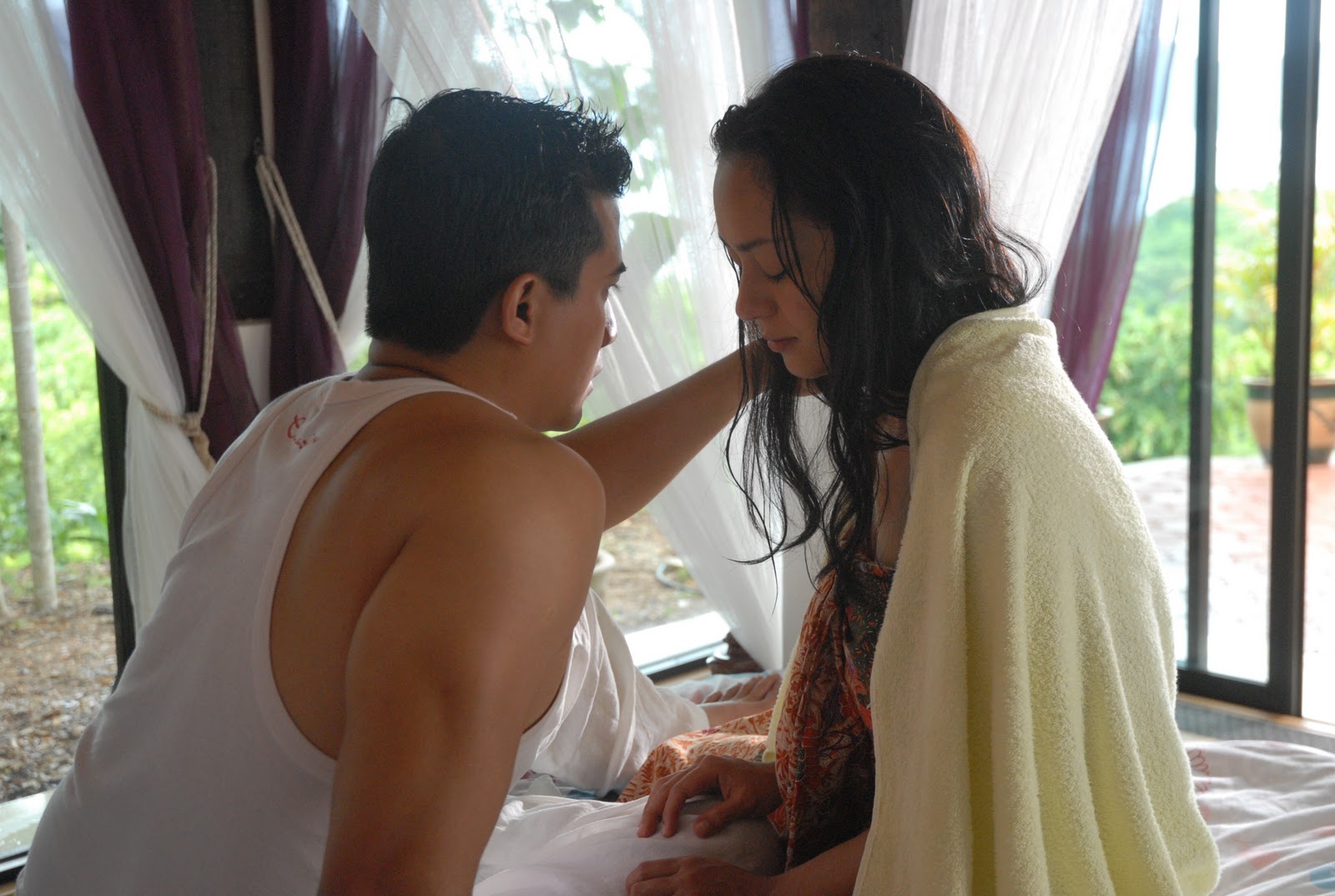 Everything we see and everything we hear make up the totality of who we are. And who we are reflects how everyone sees the whole group which we belong to. The media industry itself can act as a moral gatekeeper that spreads its influence to its audience through visuals and sounds that subconsciously (and actively) shape the oblivious minds of the people. So what happens when its influences become apparent to the conscious minds of the minority group who does recognise the flawed impact it can have on others? You get this article.

Directors and producers hold a strong driving force when it comes to shaping the minds of the youth. Why? Simple. This is the stage where their nascent minds are just developing, where they’re the most susceptible to every social influence surrounding them. The problem with that is, whatever ‘art’ or ‘message’ the media is selling to you, some could potentially poison the way society views their own personal rights, and also the rights of others.

Specifically, amongst all other media broadcasts that exist, Malay dramas (and I’m talking about films too) are the easiest and most obvious example of how disoriented its content and values are. Now, before your blood pressure rises any further, we’re not generalising all Malay media as morally dubious and out of touch with modern day mores – there are good ones out there, no doubt. But a good majority – especially ones that become mainstream successes – put too much importance on didactic, religious conservatism, preaching its significance over acknowledging alarming social issues that come with it.

To illustrate our point, here’s a compilation of everything that’s wrong with most Malay dramas:

Ingredients to make the perfect male hero in a Malay drama:

These are the ingredients to make the perfect male hero! You can’t deny that this is what is portrayed in most television dramas, and it’s sickening to think that writers and producers are actually condoning said behaviour and normalising it as attractive.

It’s a repetitive scenario where a woman falls in love with Mr Hot-Headed, a young, handsome CEO who is constantly publicly shaming her work and her integrity in front of his fellow co-workers. Like the male character Azmir from ‘Soulmate’ Hingga Jannah (interestingly, this trope is the most overt in Malay dramas that play the religious card).

The twisted part of it all is the superhuman tolerance from the heroine, to think they’d stand a chance with a jerk like this (of course, eventually she did). Is this how the media want to portray Malay men to not only its Malay audience, but other races as well? Is this what you’d like your daughter to fall for, and your son to be?

Because of the way the media has influenced its viewers and given a pass to gender inequality, it’s validated Malaysians who already think that it’s okay for men to be as they are, expecting women to listen and submit to such husbands or suitors. Worse, it has normalised such behaviour to those who didn’t originally subscribe to it. This is NOT acceptable.

Even in Islamic teachings, the Prophet Muhammad wouldn’t raise a hand to his wife, nor has he ever mistreated her in an extremely disrespectful way. In case everyone forgot, the Prophet supported and encouraged his wife Khadijah in her business endeavours, and he actually took care of household responsibilities (cooking, cleaning, etc.) together with Aisyah.

2. Lack of consequences towards abuse(r)

To make our own personal estimation, almost 90% of Malaysian drama series or films have the element of domestic violence and emotional abuse. All of which have been clearly mentioned, but to make things worse, they always end with positive messages like:

Did you know that the number of reported domestic violence in Malaysia has increased by 2000 cases since it was documented from the year 2000 until 2016? This should be raising a lot of concerns because it shouldn’t be a normalised practice amongst our society, and families need to stop letting their children or elder family members be blind to this issue just because the show has a ‘beautiful’ ending – usually where religious ‘repentance’ forgives every wrongdoing (perceived or otherwise).

While it is called a drama series for a reason, there are other dramas out there that don’t need to glamorise and vindicate violence to your partners just to raise viewership. That’s negligence.

TV3’s Akasia slot series, Titian Cinta, starring Zul Ariffin and Farah Nabilah, is a perfect example of how consequences of abuse are left unchecked, and also how far it is from reality. In reality, the main character would’ve received a restraining order a long time ago.

The story is about a wife named Aisy who was chased out from her marriage like a stray cat by her husband Harris. Throughout their marriage, she was a victim of abuse because of his terrible temper. She flew away to London for four years, and finally returned to Malaysia to fulfil her husband’s promise. Although she was hesitant to take him back, obviously his feelings of remorse towards his past made her forgave him, and hence, their love was rekindled. But here’s another plot twist; she couldn’t conceive their first child due to an accident that had happened to her when she was kicked out four years ago.

So, my fellow readers, would you allow something like this to happen to your sister, daughter, or friend? Even if the story had a positive ending in your eyes, where was his comeuppance aside from losing her? Why isn’t there enough series out there that shows the consequences of toxic masculinity and abusive relationships in the Malay community? Instead, Malay dramas are seemingly giving such a uniquely Malay phenomenon a social pass by way of portraying the repented jerk as the ideal romantic partner.

Probably the most damaging impact it can have on our society. How does a simple Malay, romantic drama series promote rape culture, you ask?

Well, let’s take out the happy endings of a playboy that finally settles into being a loyal husband, and let us emphasise on the fact that the dude has a history of spending his nights at a brothel, and because of his money and status, he expects women would just fall on his lap. Not to mention, he is the way he is because of a dumb heartbreak.

Honestly, what BS is that? A heartbreak shouldn’t be the reason why it justifies your cruel intentions on other women. Making this a trope has ‘glamorised’ the way Malay heroes are depicted throughout a series or film, and stuff like his predatory and unpredictable temperament are simply overshadowed by a happy ending and so-called comedic writing. In the end, he finds a love interest who makes him reflect on his past, while passive-aggressively convey his feelings for her (in an egoistical way) and in the end, he wins the girl. This is not mentioning his transgressions towards her in the past, which sometimes involve rape.

As we all know, most of these dramas are book adaptations, and Malaysian readers love the romantic elements that exist in these books. However, and rather disturbingly, when it comes to the romance aspect, you’d find that there are more rape scenes than consented sex. All because Malaysians encourage that, if you were to look at it from the history of local films. Local filmmaker Amir Muhammad says:

“The Islamic romance trend in books has been going on for many years, since it’s safe. It’s about love stories, but they have nothing terlanjur (sex out wedlock) like that. When you read about sex, there are only rape scenes because it is considered safe. In old Malay films, almost all of them have attempted rape scenes … yet you can bring kids to that, whereas you won’t have scenes of mutual, consensual sex, that’s transgressing. [With rape], there’s a bad guy, and a good girl.”

Let’s use Ombak Rindu as an example, where an innocent girl, Izzah, was sold off by her uncle to a nightclub owner in KL, and she was eventually bought by a rich guy named Hariz. Now, even though we all know how the ending went, let’s remember that he bought her after raping her, and only to keep her as a mistress.

Even more demeaning, she had to beg him to marry her so that her pride will not be scraped off any worse than it already was. This pattern, or some variation of it, can be seen in other Malay dramas, and in some cases, it’s the normalisation of statutory rape and incest by way of halal-ness as it was in the aforementioned Suami Aku Ustaz.

As argued by Amir above, depiction of rape is considered ‘safe’ to the screen due to a lack of consent (thus the victim isn’t committing a sin, only the perpetrator, unless his name is Aaron Aziz and he repented, that is), whereas premarital consented sex is ‘unsafe’ because both parties are willingly indulging in what the religion considers haram.

For whatever reason, premarital sex with consent is considered as bad as — if not worse than — rape to them. Thus you have the buffoonery that is Suami Aku Ustaz, where a school girl was married off to her religious teacher cousin just for the sake of making it ‘permissible’, even if the marriage or the sex after weren’t consented. Cinta halal, y’all.

We are living in an era that is all about woman empowerment, but we also still live in a world where gatekeepers in the media industry are still trying to maintain the status quo. This is reflected in the drama series and films produced locally, where social mores of yore are maintained through the preaching of (questionable) religious values.

Ironically, how are people supposed to practise what they try to impart on viewers when everything they depict comes with a dark beginning and a contradicting ending that amounts to massive cognitive dissonance?

Let that sink in…

UPDATE (13/01/2018): The drama series, Akasia belongs to Media Prima, TV3 Channel, and not Astro. We apologise for the misleading information.

Before You Get The Kink For The Ink, You Gotta Know What You’re In For…

Debunking certain tattoo myths you’ve probably believed at some point of your life.