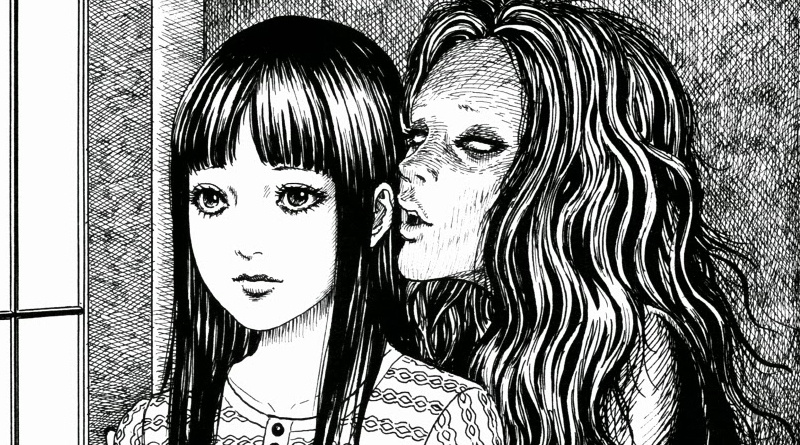 Halloween is almost here and what better way to welcome the spookiness than with some chilling graphic novels! Surely your Halloween outfit isn’t tailored to perfection just yet so while you wait for your Mia Wallace and Jennifer Check get-ups (because that’s what all the cool girls are dressed as every year) maybe you can fill that time by getting cozy with some gorgeously illustrated books?

Curated especially to send a chill down your spine and goosebumps down your arm, JUICE presents a list of our favourite scary graphic novels! Because we all know some of our attention spans aren’t the best…

1. Welcome to Lovecraft (Locke and Key series) by Joe Hill

If you’re a fan of graphic novels, this particular title will need no introduction. Crafted by the brilliant yet devious mind of someone who is the offspring to the master of horror, Stephen King, Joseph Hillström King AKA Joe Hill stands firmly on his own and away from the esteemed surname. He has gone on to create celebrated horror novels such as Horns (that was adapted into a film with Daniel Radcliffe) and NOS4A2 (a play on Nosferatu and a tribute to his dad’s masterpiece, Christine).

With Welcome to Lovecraft, his best known work thus far, Hill collaborates with illustrator, Gabriel Rodriguez, to envision a chilling and eerie atmosphere to accompany the story of a family moving into a haunted mansion. Do not be fooled by the seemingly cliche plot, Hill incorporates fresh twists to the genre alongside his expertise in weaving intricate plot lines to keep you on the edge of your seat. I won’t give away too much of the story because it’s best to dive into it blind. Besides, if you’ve seen the hit Netflix show, The Haunting of Hill House (that was also adapted from a book), you pretty much know what you’re getting into.

Outstanding in its gory imagery and character development, Welcome to Lovecraft is a powerful weapon from Hill to dethrone his dad and become the new reigning king of horror.

2. From Hell by Alan Moore

Does V for Vendetta sound familiar to you? What about Watchmen and Batman: The Killing Joke? These are all novels birthed from the mind of Alan Moore who released another smash in the form of From Hell. Let’s not focus on how Alan Moore has deemed himself a magician and occultist in recent years but let’s highlight the man’s ability to create magic by injecting his own sinister twists to well-known stories.

From Hell depicts in excruciating detail the murders of Jack The Ripper whilst intertwining supporting stories of other criminals within his era. Not for the faint of heart, the 576 pages of explicit and headache-inducing gore will leave even the coldest of readers craving a soft, vanilla rom-com to chase the pain away. Moore has outdone himself by combining meticulous research with a flair for writing horrible villains who we can’t help but sympathise with to create a grand study on revolutionising the graphic novel genre.

Accompanied with gritty black & white illustrations, From Hell is filled to the brim with commentary on feminism, socialism, capitalism and every other topic under the sun. Perplexing as hell but definitely worth the journey, this graphic novel is certainly not one to miss.

I said, “Legends only!” If you have been living under a rock, Junji Ito is one of the pioneers of creepy mangas and his work has been celebrated by numerous communities. Skyrocketing into global fame, Ito’s signature style of bewitching femininity and animalistic gore has permeated social media and is shared online almost every day. Nightmare inducing with a hint of sexy, Ito’s idiosyncratic manga, Uzumaki, is a cult favourite.

How do you even begin to explain this novel? To put it succinctly, spirals have taken hostage of a town and mysterious deaths are beginning to be linked to these elusive whirlpool-like markings. Tinged with a Hitchcock-ian flair for mass panic and hysteria, Uzumaki is about a town that is plagued by these spirals yet its inhabitants seem to live their own lives amidst the chaos. Depicting multiple characters, Ito weaves a complex spiderweb of plot lines to create an engrossing horror novel with seemingly no end to its terror.

Many deem it as a fever dream with stunning visuals and I would have to wholeheartedly agree. The experience of reading the novel is enough to creep you out and singe the images into your head. Crazy, captivating and addictive, picking up Uzumaki is a true commitment to the horror genre.

4. Through the Woods by Emily Carroll

If you’re a fan of fairytales, you’d like this book but if you’re a fan of the twisted and dark versions of said fairytales then you’d love Through the Woods. Centred around a forest setting with hues of blue and red to punctuate the desolate atmosphere, this novel is different from those mentioned prior because it is an anthology of stories. One minor criticism I would have about Through the Woods is that the stories are short and abruptly-ended right when you’re about to get to the nitty-gritty. Despite the blue balls, Carroll’s wonderful and fantastical story telling makes up for its lack of a solid ending with eerie and unsettling images of creatures that lurk in the shadows.

Since it is an anthology, you are bound to come across a few lacklustre stories like I had but don’t worry, the art makes up for it tenfolds. Yes, it is a book about fairytales but it is the exact opposite of those bedtime stories you would read to your children.

Gorgeous, spooky but not the least bit gory, Carroll truly emphasises suspense and visceral atmosphere to create a horror story that will stick with you, even in your nightmares.

5. A Monster Calls by Patrick Ness

Scary monsters and ghosts can be cast away with spells, recitations and the occasional garlic but what happens when the creature you are afraid of is actually a part of you? Patrick Ness delves into the inner battle of a boy named Conor as he struggles to cope with his mother’s terminal illness in his stunning masterpiece, A Monster Calls. Drenched in darkness, this award-winning 237 paged book details the excruciating feeling of hopelessness that is reflected in the gritty and desolate drawings of a tree-like monster that springs to life to torment the protagonist with existential questions.

A Monster Calls is nuanced, intricate and written to make you question your own feelings and thoughts on mortality. An incredibly raw novel that feels extremely personal to the author, there is absolutely no chance for you to come out of the book without having at least one tear streaming down your face. The poetry in Ness’ writing brilliantly coalesces with the harrowing monster that is attached to Conor to create a novel that is haunting yet important for young readers.

Adapted into a movie of the same name, A Monster Calls is pretty much required reading for anyone who is immersed in poetry and art.

Now I have exhausted my options for excellent graphic novels, it’s time to give a shoutout to some anthologies that are worth checking out. Don’t worry, I have taken into account your lack of attention span and included short and punchy stories that will not leave you bored.

Starting off the list with a local favourite, KL Noir: Red is exactly what the title suggests. This collection of grimy stories centred around the crime-infested areas of KL highlights many subjects that are considered taboo amongst Malaysians, but it does it so well that you can’t help but give it praise. Sinister and sometimes spooky, red is the perfect colour to encapsulate the bloody violence that takes place in almost all 14 of the stories included.

Edited by Amir Muhammad, KL: Noir Red has colloquialism and local references that will definitely please the Malaysian eye as well as introduce us to a seedy underworld that is not often talked about in public spaces. A read that is worth the try, it definitely wouldn’t hurt to invest 10-15 minutes to digest each tidbit of our beloved capital.

The final entry for this list is an homage to all horror tropes that we know and love. An anthology novel with 14 stories, Slasher Girls & Monster Boys is scary, creepy and at times, humorous. Of course, since it is written by different authors, each seasoned writer brings their own writing styles and idiosyncrasies into their stories which will lead to some hits and misses. Overall, I enjoyed a huge chunk of the book because it incorporates references to well loved horror flicks from Hitchcock, Polanski and Carpenter.

It doesn’t hurt either that there is a bit of Asian culture sprinkled into the mix which brings forth a diverse set of scares. Enjoyable and short, Slasher Girls & Monster Boys will take you no less than one day to complete, just in time to go treat-or-treating.

We have reached the end of the list of the best graphic novels (and anthologies) to read in time for Halloween! So grab a pumpkin spiced latte, a warm blanket and snuggle in with some of these spooky reads.

Have a great Halloween from us at JUICE!

It’s gonna be a fangtastic weekend!

Scream & Laugh Your Heart Out With This Thai Horror-Comedy in Cinemas!

Kak Ponti wants to be in the limelight too