With the #MeToo movement that shook the world with its abysmal revelation of the hidden underbelly of sexual assaults, harassments and rapes within Hollywood, you would think these offenders would be more cautious of their actions, especially since society has opened their eyes to the prevalence of this issue. However, this is not the case for an unnamed Indonesian head teacher who harassed one of his teachers with lewd phone calls.

Baiq Nuril Maknun, a 41 year old teacher of a school in the island of Lombok, Indonesia, smartly recorded a phone call between her and the head teacher where he made sexual advances toward her. Essentially, he described in great detail of a sexual encounter he had with another teacher from the same school. Filled with unease, Maknun handed the evidence to her colleague for corroboration and they sent the audio recording to the police.

Instead of receiving help from the authorities, the supreme court in Jakarta convicted Maknun of recording and spreading indecent material under the country’s electronic information and transactions law. With that, she was sentenced to six months in prison and fined her 500m rupiah (£26,400) after a 2017 acquittal from a lower court was overturned.

Despite her unjustly punishment, Maknun is not deterred. She remains calm throughout her hearing and even told BBC Indonesia that she hopes she is the last woman in Indonesia to be convicted of such offence. She said,

“I, as a woman, should be protected, but then I was the one who became the victim. People should know that when we get harassed, there is no place to take refuge.”

Indonesia has not turned a blind eye to this issue either. The country exploded with #MeToo tweets and rallies, demanding that the country amend its laws to protect women instead of damning them for actions that were inflicted upon them.

Currently, women in Indonesia are expected to tolerate sexual harassment at work due to not having any real laws that can protect them. One-third of Indonesian women have faced physical or sexual violence, according to a government survey released last year, prompting calls from campaigners for action.

It is a twisted reality where offenders are able to walk freely and proudly with their grotesque sexual agendas and women, who are the victims of this toxic machismo, are paying the price.

Here’s to hoping that Indonesia joins the rest of the world in progressing forward instead of staying in the past where victims are criminalised for speaking out and challenging the patriarchy. 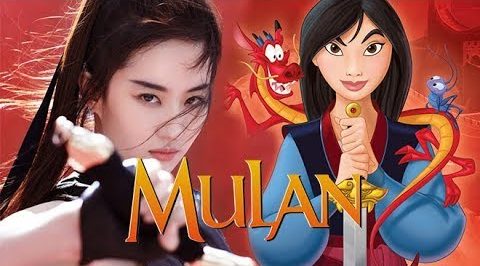 She’ll make a weeping baby out of us come Spring 2020! #asianpride Don’t search for a job on Craigslist folks.