The year is coming to a close and it wouldn’t be right for us to start the new year without presenting our wrap-up of the best local artists in 2019. Ranging from many different genres, our Malaysian music scene has never been so diverse in terms of style, sound and aesthetics. There’s something out there for everyone and to me, that encapsulates the essence of being Malaysian, to be in a melting pot of heterogeneity.

To celebrate the merriment of great music, the writers over at JUICE have selected our favourite artists to share with you. We hope you enjoy this list!

A list of the best Malaysian artists of 2019 would not be complete without our queen, Yuna. Constantly raising the bar for us, Yuna puts out her most ambitious album titled, Rouge which features masters of their own respective genres such as Tyler the Creator, Masego, G-Eazy and KYLE. Maturing from her rookie Decorate days, Yuna experiments with layers as well as imagery for her songs and videos. Adopting an upbeat new sound, Rouge highlights her ever-blooming prowess in lyrical songwriting as well as her easy transition from minimalistic indie to full-blown R&B queen.

My favourites from the album are ‘Teenage Heartbreak’, ‘Likes’ and ‘Does She’.

2019 was the year I saw LUST perform live and I’ve never been the same since. There is a signature sense of exuberance when watching a great band perform their best hits, that exact moment when the rhythmic drums crescendo into erraticism and all you can hear and feel is the singer’s voice and the pounding of your own beating heart. The band’s 2019 release, Tekesima is the perfect playbook for feeling this way. Tying in an oldie’s love for jazz with the modern demand for rock and pop, Tekesima is incredibly catchy and infectious. Not only does it sound good, the lyrics also embody a celebration of life and its simplicity.

My favourites from Tekesima include ‘For U I Will’, ‘Quemama’, ‘Desire’, ’21st Century Spy’ and ‘Good To Know’.

Have you ever wanted to feel the rising anxiousness of sending a risky text or calling someone you haven’t spoken to in a while? Well, lost spaces translates that visceral feeling into a sonically immersive album, no-vacancy which was released in 2019. Filled with unanswered ringtones, sounds of typing and sad voicemails that will surely remind you of ‘Marvin’s Room’, no-vacancy heightens the experience by making you feel like you are in that exact situation while listening to the tracklist. Don’t worry though, those unpleasant memories are adeptly glazed over by the sweet veneer of catchy tunes and cutesy aesthetics.

A collaboration between rappers Gard and Wuzgut, GARD WUZGUT released an entrancing R&B/Hip-hop album aptly titled, CPR (Club Perenang Rohani). With smooth transitions that enable the best listening experience, their first album begins with a female monologue about what it takes to be human and to allow ourselves to feel love. With that, the tone for CPR has been set to chronicle the ubiquitous tale of love, loss and new beginnings within its concise 5 songs. A reimagining of a break-up told through vignettes, CPR actually represents the stages of grief, as told by Gard during a quick chat with JUICE. When asked how listeners should digest the EP, he said,

“I mean if we look at how we want to digest the EP, it’s like you’re going through stages of grief. You broke up with your significant other, you’re in denial about how it ended and you struggle to put it in hindsight (Mesin Masa), then you’re angry (Sorry If Rindu), then you’re bargaining (Senja), lastly you accept whatever that happened and just embrace it.”

My favourites from CPR are ‘Mesin Masa’ and ‘Wonderland’.

Playburst is a local emo band formed by the talented homegrown band musicians such as Couple, The Fridays, Jalan Sehala, Crack Guilty, and others. So, expect loud, fast and energetic music. It’s emo with a little bit of math-rock and it’s punk rock with a dash of emotional content. It’s kinda like spicy food, you feel the heat but you can’t stop going back for more.

As a guy who doesn’t listen to bands nowadays, I was clueless as to why it was recommended to me, but upon listening, it actually reminds me of my younger days.  Playburst’s self-titled 2019 debut has plenty of hardcore/punk influence. Chaotic, energetic, melodic and lyrically emotional, the music is dominated by catchy melodies, heavy riffs and finger-picked guitars. As far as I could say, all the songs are really enjoyable and hard-hitting. Aidil does a great job with vocals and delivers heart-wrenching lines coupled with intense music that makes you want to shout about your problems to the world as the constant crash cymbals and pulse of the drums engulf you.

My personal favourite from the album is ‘Waste of Time’.

It’s no secret that JUICE has a soft spot for weird, obscure artistes. Problem is, they’re kinda hard to find (duh). So if you happen to chance across a unique voice, like we did with lurkgurl when she debuted a couple of rusty bedroom recordings in 2014, be sure to send links our way. With her latest album, Demo Mode Forever, lurkgurl reminds us of what drew us to her—the sweet, mysterious voice of a teenager finding her place in the world. As a young adult now, lurkgurl’s songwriting has gotten more complex but while Demo Mode Forever reflects her growth as an artiste, it is, at the same time, a testament to how her music will always remain pure.

‘Hello Sayang’ is the kind of track that would be labelled a ‘feel-good, summer hit’ if Malaysia had the season. Recalling the best bits of Nusantara disco, the brightly-produced single is taken from Pastel Lite’s upcoming album Pop Bilik Tidur and accompanied by an aptly directed music video with all the feels. Featuring the suave vocal of Nazareth from The Times in a dueling duet with PL’s Eff Hakim, we can easily see this becoming the theme song for countless of couples and played at their weddings too. Eff elaborated the song’s vibe to JUICE:

“’Hello Sayang’ was one of the five tracks we made for Pop Bilik Tidur. Initially when we came up with the song, we wanted to write an open-ended Malay track that depicts both love and lust. But we didn’t want it to be super specific either way, so we made sure it had a lot of double meanings. Having Naza onboard with the song was the icing on the cake, especially for the nostalgia factor. We want ‘Hello Sayang’ to be this nakal love anthem that was also family friendly.”

We had a quick chat with frontman Smek recently and he revealed that A) there is no Killeur Calculateur album this year *boo! but B) they are writing it at the moment and we might get it next year *yay! In the meantime, Smek’s new band is just as badass. NO GOOD, a 3-piece formed with drummer Ali Johan from KC and bassist Wan Azry from Dirgahayu, is just as explosive as KC and in many ways more unique—like how Smek growls in Kelantanese over punk rock. There’s also a surf element to the band’s music which is akin to The Dead Kennedys meets Pop Yeh Yeh. Sedak!

When East meets West… Margasatwa’s debut album Tuhan Selamatkan Rock n Roll Jilid 1 blends their love for 70s rock n roll, psychedelic, jazz with Malay folk and traditional music. Nusantara rock isn’t new, but the band’s approach to it is refreshing and, they’re not trying to be super serious about it. Margasatwa has always had that appeal about their music.

Take the song ‘Asmara Botol Kaca’, which is a love letter to a broken bong (the one you use to smoke tobacco lah). It’s a great tune with great writing and it reminds us that rock n roll, or music for that matter, doesn’t always have to be serious. Sometimes people just wanna smoke and groove out.

There is an abundance of Nusantara Psych bands in Malaysia and you’d think they all sound the same, but there’s a distinct and unique nuance to each of ’em.

Take this band for example – colourful, quirky and weird, RUNS sound exactly how they’re dressed. It’s psych-rock, pop yeh yeh and Nusantara all in one. This is a band that can get all the pakciks and makciks dancing at a wedding

Founder and lead singer of The Venopian Solitude (TVS), Takahara Suiko attended the reputable Red Bull Music Academy in 2016, which makes her the first Malaysian to be selected to join the world-travelling music institution. It’s super hard to get into which is why a lot of local artists put some respect on her name. TVS has an unapologetic, quirky, individualistic sound and it just makes sense that Taka has the makcik aesthetic alongside it. Now, it has grown into a big band and they’re not afraid to use weird instruments, like a fried chicken in a KFC Raya ad (deadass!), to add to their overall unique aesthetic.

With their 2019 release, ‘Zigurat’, Taka’s vocal prowess is on full display as she belts in her regular fashion to the synchronised pulse of traditional sounding music with a whole lot of badass added to the mix. TVS proves that they are constantly unabashed when it comes to performance art and lyrics.

“Who’s your daddy?” might be a common question that these boys encounter, which isn’t necessarily a bad thing considering three core members of the band are sons of the legendary M.Nasir. However, they’ve proven that not only are they far from living under their dad’s shadow, they’re also incredibly musically-inclined to the point where their talent has taken centre-stage and garnered a cult-following of their own.

They bring a sense of freshness to the rock scene and the Nusantara elements of their sound don’t just maintain the heritage but elevate it as well. They also did the original soundtrack for one of our fav local films, Terbaik Dari Langit.

Pitahati continues to put out great tunes and it’s no different with 2019’s ‘Naraka’, the theme song for local series, Jibril.

If you love indie rock with a punk sensibility, Iqbal M has that and more. This 5-piece, led by vocalist Iqbal M himself, has an amazing stage presence that leaves gig-goers wanting more.

Somebody told me that, if you’re at an Iqbal M show – you will automatically be treated as a friend because of how they engage with the audience. With banging songs like ‘Jangan Cakap Saja’, ‘Kota Memujuk’ and ‘Antara 2 Darjat’, you’ll have that nostalgic indie phase feeling but better.

It’s an Iqbal M world and we’re just living in it. 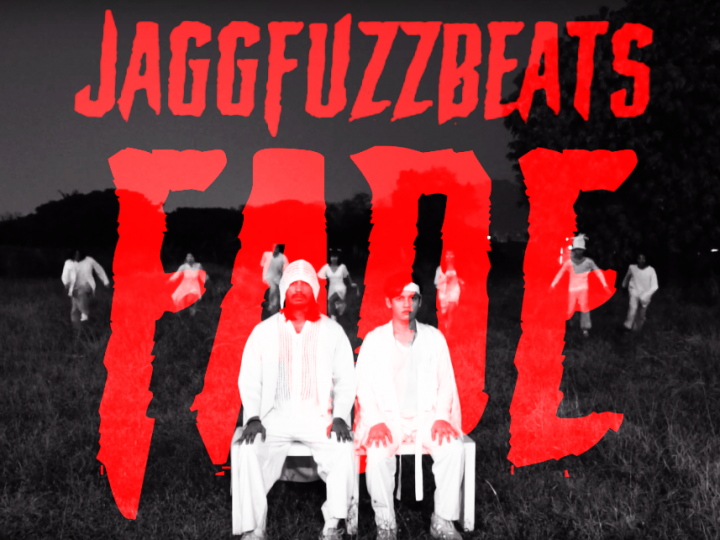 Listen to Imran Omar’s ‘Sparks’ for an Ambient Electronic Atmosphere

You’ll bop to it. 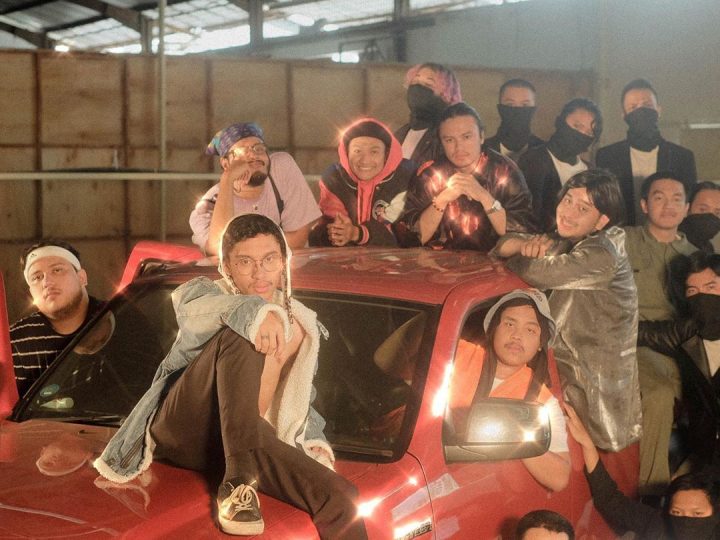 Straight up bangers with this one!