Beautiful, young and talented. These are the commonly used words to describe uprising actress, Atikah Suhaime, who is known for her lead female role in the movie Pencuri Hati Mr. Cinderella. Despite the movie’s lack of success in the box office, Atikah’s comedic role has garnered her a loyal fandom who have taken a liking to her beauty and charm. Atikah’s career was on its way to superstardom, or so it seemed…

After her engagement to pop singer Awi Rafael, it appeared as if all was well for the famous duo until Atikah’s dark past caught up with her.

Nowadays, it seems like overcoming a nude photo/video scandal has become the designated rite of passage for being a Malaysian celebrity. I admit, that was a loaded statement, but there have been too many controversies of the same vein to ignore that truth.

To illustrate, Fathia Latiff, a seemingly winsome young actress, adorned with the hijab, became infamous when videos of her gyrating in a tank top and mini shorts were plastered on Facebook and Twitter. Naturally, she was bullied online to the point where she was begging her audience to stop slandering her. All because of a private video…

However, she overcame the vitriol of the media and now, more people are aware of her work because of her controversy. So, it’s safe to say that these scandals are double-edged swords unsheathed especially for those who want to become rich and famous in Malaysia. And yes, sometimes they seem orchestrated by the celebs themselves, but not in Atikah’s case.

Recently, a sex tape, allegedly involving Atikah Suhaime, surfaced on the internet and without missing a beat, Malaysians went berserk. The video has been shared on every major social media platform and the response towards this situation has been rather polarising. As with every difficult situation, there is a dichotomy in the response.

Split into two, Malaysians were either aggressively vitriolic towards the Pencuri Hati Mr. Cinderella actress or they were graciously supportive and forgiving of her choices. I’ll give you a moment to decide which end of the spectrum her fiancé resides… If you guessed that he would be forgiving, you’d be naively wrong.

Awi Rafael called off his engagement with Atikah Suhaime which caused the internet to plummet into a downward spiral of mixed opinions, the majority of it being fuelled by anger. The ‘Kalau Aku Kaya’ singer was flamed for his condescending and pious choice of words when it came to announcing the broken-off engagement. In his Instagram post, he captioned it with:

(I’ve tried to do my best for her and my entire family and I have made preparations for this Sunday. My intention is to marry her and build a new and better life together. That is why I got engaged to her last year… This is a mighty huge test from God that I’m facing. However, I too have a mother and a responsibility to protect my family’s dignity. This time, the obstacle is too difficult to face. I hope everyone understands. This is enough… I don’t intend to disgrace anyone)

Twitter user @afiqah_olly wrote, “I don’t know why but I feel as if men are too comfortable playing with a woman’s emotions and dignity. The wedding was in 3 days and I can’t imagine how hurt Atikah Suhaime must be feeling now. To Awi Rafael, good luck, because you really don’t deserve any woman”

Others were not as kind…

Twitter user @NasirPasir wrote, “I remember Syamsul Yusof and his wife Puteri Sarah. Her ex tried to expose her, similarly to Atikah Suhaime’s case, but Syamsul still accepted her despite her flaws. Unlike Awi Rafael. I researched on Puteri Sarah’s (Syamsul’s wife) ex. Turns out he is Atikah Suhaime’s ex too. Spill the tea”

It is a tale as old as time where women are penalised endlessly for engaging in any minute sexual behaviour while men are able to do the absolute most (i.e getting cozy with Ukranian tourists during holiday *coughs Zul Ariffin*) yet still have a reputable career. Despite the fact that Atikah denied the allegations of her involvement in the leaked video, her career is tainted forever. The internet is a never-ending well that contains secrets and pasts scarier than the ghost from Ringu.

No matter how hard someone tries to conceal their mistakes, it only takes a little digging for it to reappear and ruin their career. However, this seemingly only applies to women in the Malaysian industry and not men. What do I mean by this? A perfect example would be Atikah’s very own fiancé, Awi Rafael and his numerous controversies.

In 2012, pictures of Awi partying, drinking and canoodling with various women sparked outrage in his fans. He countered the backlash by saying, “[These] were old pictures, before I even became a singer. I admit that at the time, I was young and naïve, not being able to distinguish right from wrong.” Awi Rafael was born in the year 1986 which makes him around the age of 20-26 when the pictures were taken. Isn’t that a little old to blame your conscious decisions on your age? But I digress…

To circle back to my point, Awi has had his fair share of mistakes yet Atikah has stood by him and remained adamant on marrying him. It seems a bit unjust for Awi to throw her under the bus for a mistake that he is all too familiar with.

While Atikah’s career has remained stagnant due to this controversial hiccup, the same cannot be said for another famous actor named Zul Ariffin. His career is on a roller coaster that’s only going up and the view looks marvellous from the top. Misteri Dilaila, despite being riddled with plagiarism claims (but that’s a whole other story for another time), has managed to become one of the highest earning films in Malaysia to date. Earning RM4 million within its first week, it is evident that the people involved in this project are reaping in the big bucks.

This means that the leading man, Zul Ariffin, has catapulted his career into new heights despite his aforementioned scandal with a tourist from Ukraine who claimed the actor was her ‘hubby’. To rewind the clock a little further, Zul, similar to Atikah, was caught up in smoke when his Instagram followers were taken aback by a picture of a penis on his Instagram story. Zul denied ever posting it and claimed that he was hacked. Instead of facing any harsh comments from fans, he received a surge of compliments, swoons and heart-eye emojis. Now, anyone wants to wager how long it will take for Atikah to be pressured to revamp her image into an ultra-pious one?

If the double-standard is not apparent enough, it’s time to change your prescription glasses so you can get a clearer perspective.

All in all, Malaysia is still in need of progress. With the recent Women’s March that took place on 9 March 2019, it has definitely highlighted major issues that pertain to the way we treat the women of our country. If not in the media, injustice towards women can also be seen at the workplace (wage-gap, sexual harassment) as well as in our own homes (domestic violence, neglect of child support).

When will Malaysia learn to prioritise the right things? When will we spark a change? I guess that’s up to you to decide… 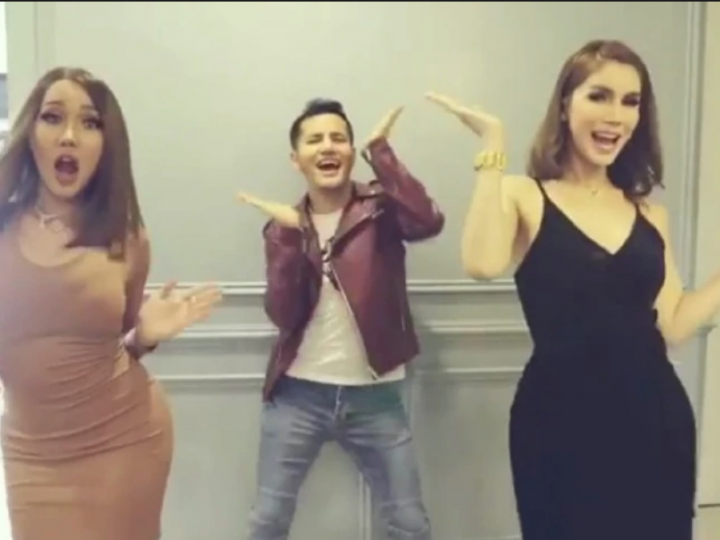 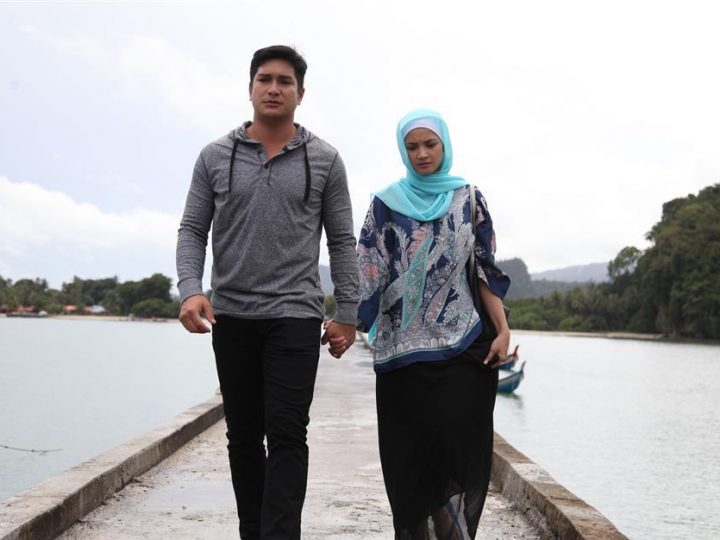