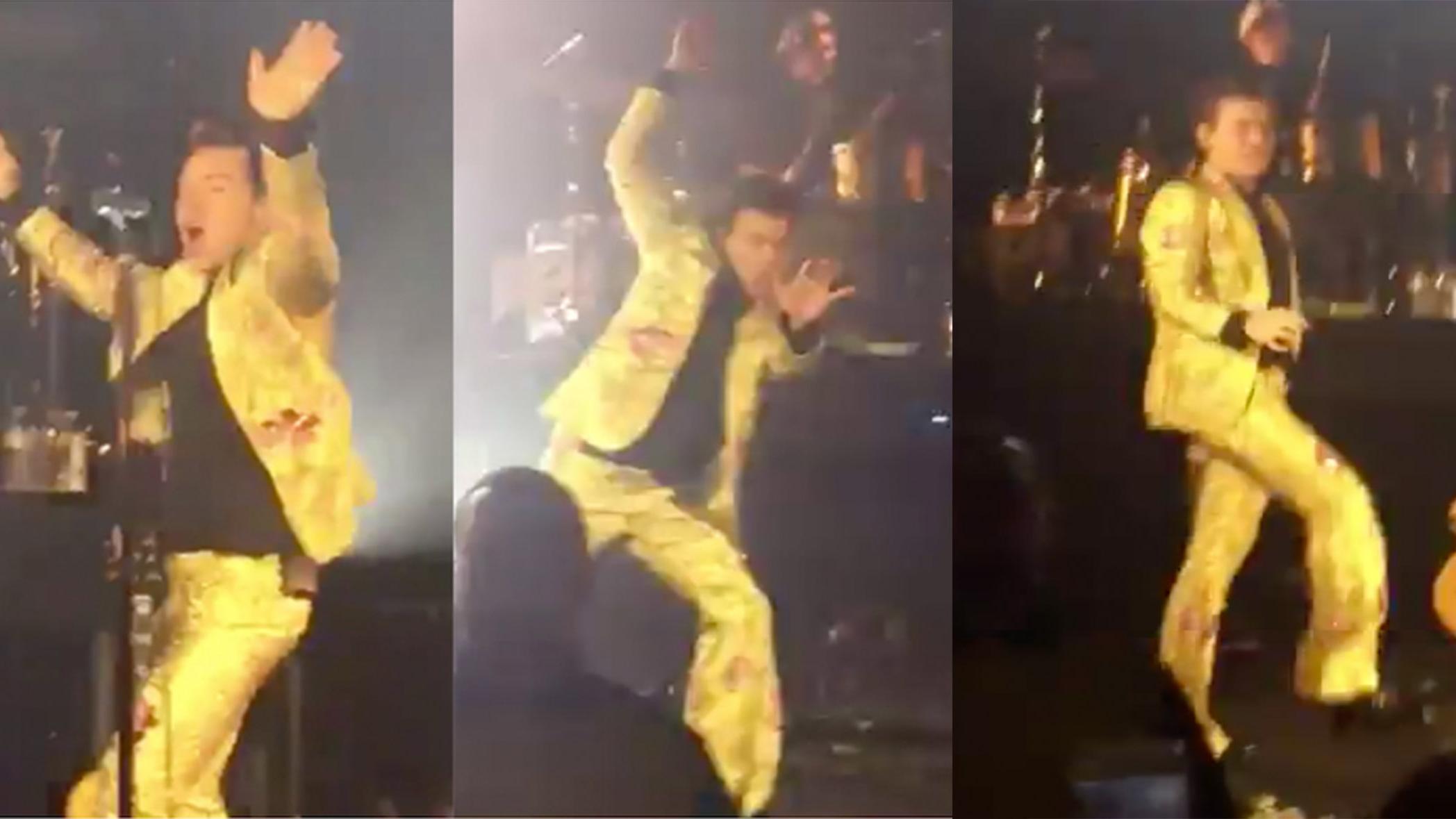 Former One Direction-er Harry Styles found himself in a slippery situation last week while performing his new single, ‘Kiwi‘ on stage.

It seems like the fans have taken it upon themselves to throw kiwi fruit at the singer. What started out as a joke could quite possibly have ended up in a disaster.

only harry would slip on a literal kiwi during kiwi #HarryStylesLiveOnTour

(I can’t believe i took this video) pic.twitter.com/RCQUtCZ0hf

It was reported that British supermarket ASDA had banned sales of kiwis to those under 25 ahead of his show later that week at the 02 Apollo Manchester. According to The Sun, the staff were briefed about this temporary ban.

Their spokesman told the publication, “We feel it’s our duty to protect a fellow Mancunian from any ‘bad kiwis’. We’d hate to see a repeat of the mishap, so to avoid slippery situations, we feel this is a necessary measure.”