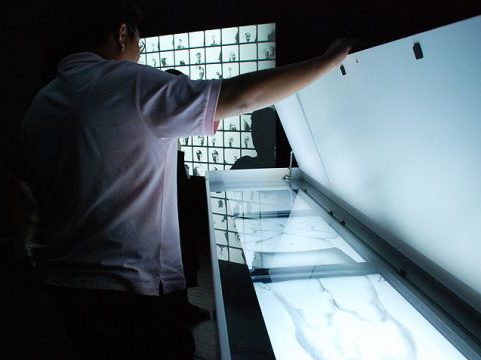 At ArtTech Kuala Lumpur, explore the development and discourse of new media art in Malaysia through a discussion with local and international panellists.

But before all that, the event will kick off with a mini exhibition featuring interactive installations and projection mapping by local media artists Takashi Aiman (also co-curator and moderator of the event) and Tsa Meera, together with social enterprise Biji-biji. If you’re more interested in the panel, it will begin at around 3pm. As the questions that will be explored are the development and discourse of new media art in Malaysia, topics like its history, background, and context will also be covered.

Before you write this down in your planner, get a feel of the four artists who will be appearing:

Fumihiko Sano is an architect and artist in a construction company dealing with traditional Japanese styles. Having a background as a carpenter, he’s naturally studied various techniques, materials, and culture for his work. In 2011, he established his own company, Fumihiko Sano studio PHENOMENON. He likes dealing with designs and installations by making the best out of what he has learned as a carpenter, exploring how the knowledge he gained can work in harmony with the modernity of the industry today. To see more, click here.

A Malaysia-born media artist who works with digital media, most of Lim Kok Yoong’s works are not confined to any specific medium but often take the form of installations. His works investigate the mind, the media environments, and material processes through theoretical and practice-based work, drawn from his interest in the metaphysical dimension of technology, perceptions of time and space, and consciousness. To see more, click here.

Takashi Aiman is a new media artist, graphic designer, and DJ. He is also the founder of The Tomoe, a Malaysian creative solutions and multimedia visual collective that has worked with JUICE in a number of projects. As a graphic designer, he has contributed a lot in the underground electronic music scene and organised a few creative talk sessions of his own in his university. He debuted his first official DJ set when he was still 19. To see more, click here.

A nature lover and art enthusiast who loves to experiment with visual artistry, be it analogue or digital. Tsa Meera aims to merge traditional art practices with digital technology, transforming the two into visual metaphors. As a practising artist, she has collaborated and worked closely on making props, painting, illustrations, experiments, live video projections, and music videos for a number of workshops, creative events, art collectives, and musicians. Check out her Tumblr here.

DCODE House of 1A – An Experience Not to be Missed!

Bringing you various collaborators on board, with content being refreshed on a weekly basis.

Reconnect With Nature at WTF Earth Festival 2017 in Penang

Learn how to conserve the Earth while expressing yourself through art and music.

Be part of the Malaysian food court experience reinvention.