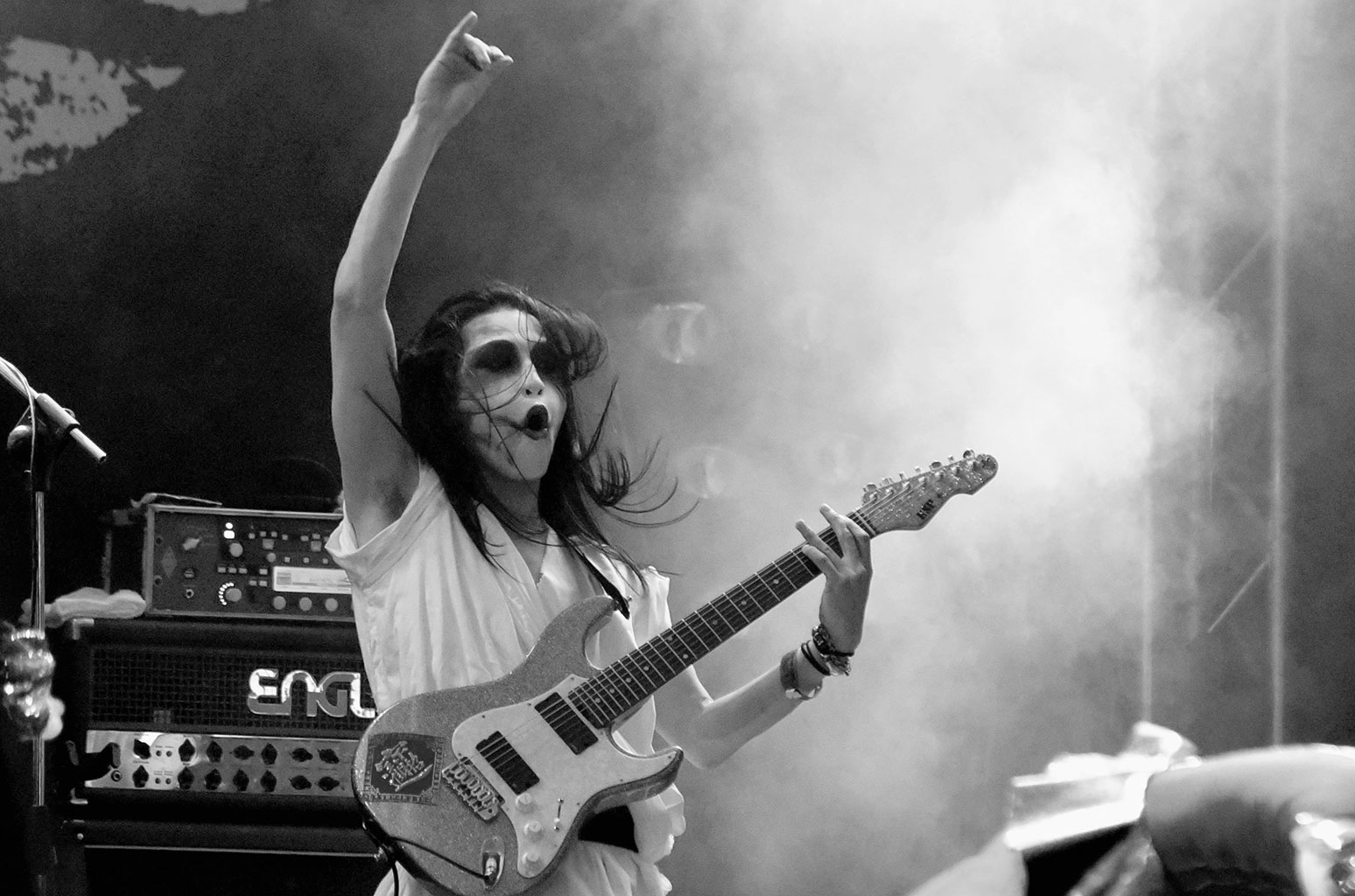 Known as “Ko-Gami” (The Little God), BABYMETAL’s guitarist, Mikio Fujioka, faced a tragic death following the injuries from his fall off an observation deck.

Mikio’s wife has announced on his Twitter that the guitarist had suffered serious injuries after falling from an observatory deck, where he was stargazing, in late December 2017. His conditions worsened, and succumbing to his injuries, he passed away last Friday (January 5, 2018) at the age of 36. Just yesterday (January 9, 2018), Fujioka’s wife confirmed his death on his Twitter.

She later tweeted on the same day acknowledging Mikio’s fanbase, saying “We are fortunate to have fans and people concerned. I hope you will continue to love him. Thank you.”

BABYMETAL also broke the news to fans all over the world, that “The “Little” Guitar Kami of BABYMETAL’s Kamiband has passed away in the METAL GALAXIES”. On their social media accounts, they said that they hoped that, “he is now with his GUITAR MASTER A.Holdsworth [British guitarist-composer, best known for his fusion-jazz work, Allan Holdsworth] and enjoying an epic guitar session with him.”

BABYMETAL also bid their final goodbye to the late Mikio Fujioka, with lyrics from one of their songs, “The One”- “We are the one/ together/ we’re the only one/ you are the one/ forever”.

The “Little” Guitar Kami of #BABYMETAL ‘s #Kamiband has passed away in the METAL GALAXIES. We hope that he is now with his GUITAR MASTER A.Holdsworth and enjoying an epic guitar session with him.

We are the one
Together
We're the only one
You are the one
Forever#RIP #THEONE pic.twitter.com/NMUg3mhmes

Mikio has been a touring member of BABYMETAL since 2013, as the guitarist of BABYMETAL’s main backing band, known as Kami Band. Kami Band, was once referred to as “Gods of Metal”. Aside from BABYMETAL’s trio of frontwoman with their quirk and cuteness, Kami Band were known for their head-banging and aggressive guitar riffs courtesy of Mikio.

This is a definitely a great loss for the metal community. Nevertheless, Mikio Fujioka has already laid down a legacy to be remembered, for both BABYMETAL and Kami Band.

Here’s a video to remember him by:

Keep up with the good stuff:

What If Nirvana Were A Happy Pop-Punk Band?

What if Nirvana were neighbours with Green Day?

JT is back, whiter than ever.

Frank Ocean Teases Us With a New Album