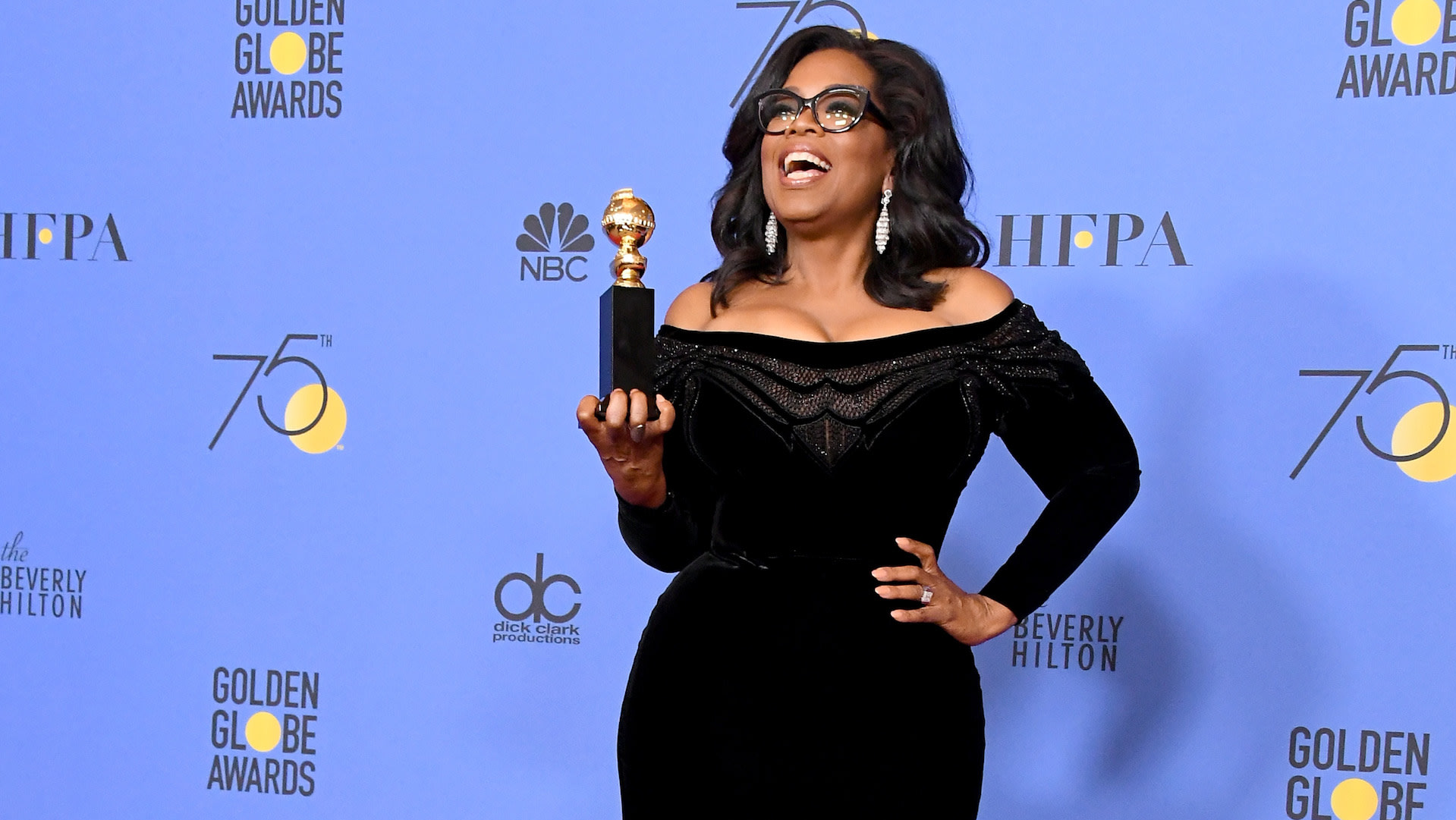 After decades of abuse towards women in the American film industry, it took the torrent of abuse cases in the past few months for Hollywood to finally, awkwardly talk about it through a single night at the 75th annual Golden Globes awards show.

On Sunday night, there were very few “Who are you wearing?” conversations and more “Why are you wearing black?” as the red carpet focus has shifted away from fashion statements and more toward activism. Besides almost all of the night’s female attendees donning black as a protest to sexual harrasment, many male attendees were spotted wearing #MeToo pins. It was obvious that the #MeToo and #TimesUp (the anti-harassment initiative sponsored by powerful Hollywood women) campaigns were the true stars of the show.

It’s known that the Globes had been the backbone of infamous director Harvey Weinstein, whose downfall triggered allegations against James Toback, Kevin Spacey, and many other disgraceful moguls and stars. Weinstein had a chair over two decades’ worth of Globes winners, and was well-known for his manipulation of the 89-member group that conducts the Globes, the Hollywood Foreign Press Association.

The award presentations themselves were not without controversy either. When Ron Howard and Natalie Portman presented the Best Director award, Portman took the opportunity to note sarcastically that all of the nominees were men, causing many of the male directors to be instantly uneasy.

What could be the most empowering moment that happen at the recent Globes was Oprah Winfrey’s acceptance speech for the Cecil B. DeMille Lifetime Achievement award. The powerful speech consisted of her stand on sexual harassment, racial injustice, and press freedom, which brought the crowd standing on their feet at the end. “For too long, women have not been heard or believed if they dare speak the truth to the power of those men, but their time is up. Their time is up.” Take a listen to her speech below:

While many actresses who had come out with tales of abuse were in attendance, others who had detailed horror stories at the hands of powerful Hollywood star-makers were not. Rose McGowan, one of the first few actresses to go on record against Weinstein, was absent. She recently responded to a tweet that shows exactly where she stands.

And not one of those fancy people wearing black to honor our rapes would have lifted a finger had it not been so. I have no time for Hollywood fakery, but you I love, .@AsiaArgento #RoseArmy https://t.co/9e0938y5sI

Here are some tweets reacting the Golden Globes this year:

2018 is going to be the year where the scales tip. Women are becoming stronger, braver and louder and this year is the year we put it into practice. The Golden Globes have already proven this last night and women aren’t walking anymore, we’re marching!

There was SO much girl boss girl love women supporting women at the Golden Globes this year and I was LIVING for it!! This is the 2018 I need

Although you could say it was an empowering event for women, some think that it’s just a step back:

Why didn’t you invite a #Victim to speak instead of Oprah? That would have been brave. You took the coward’s way out. Rose McGowan didn’t attend & most of the “victims” not even invited. You’re all hypocrites.
America was watching! #SheKnew pic.twitter.com/New1xD7Woz

The 2018 Golden Globes was nothing but a “we all knew that sexual harassment/assault/rape was going on for all these years but’s let’s wear black and put out hashtags so we can feel better about ourselves”.

Men in Hollywood had many opportunities to speak up on its culture that tolerates and encourages sexual violence, and not a single one did? Surprise! https://t.co/5z4RZmk7Qv

The Fakies have been delayed. Is this fake news?

In a country where rape victims are told to marry their rapists, the #MeToo movement should be normalised so victims can speak up, rather than oblige.