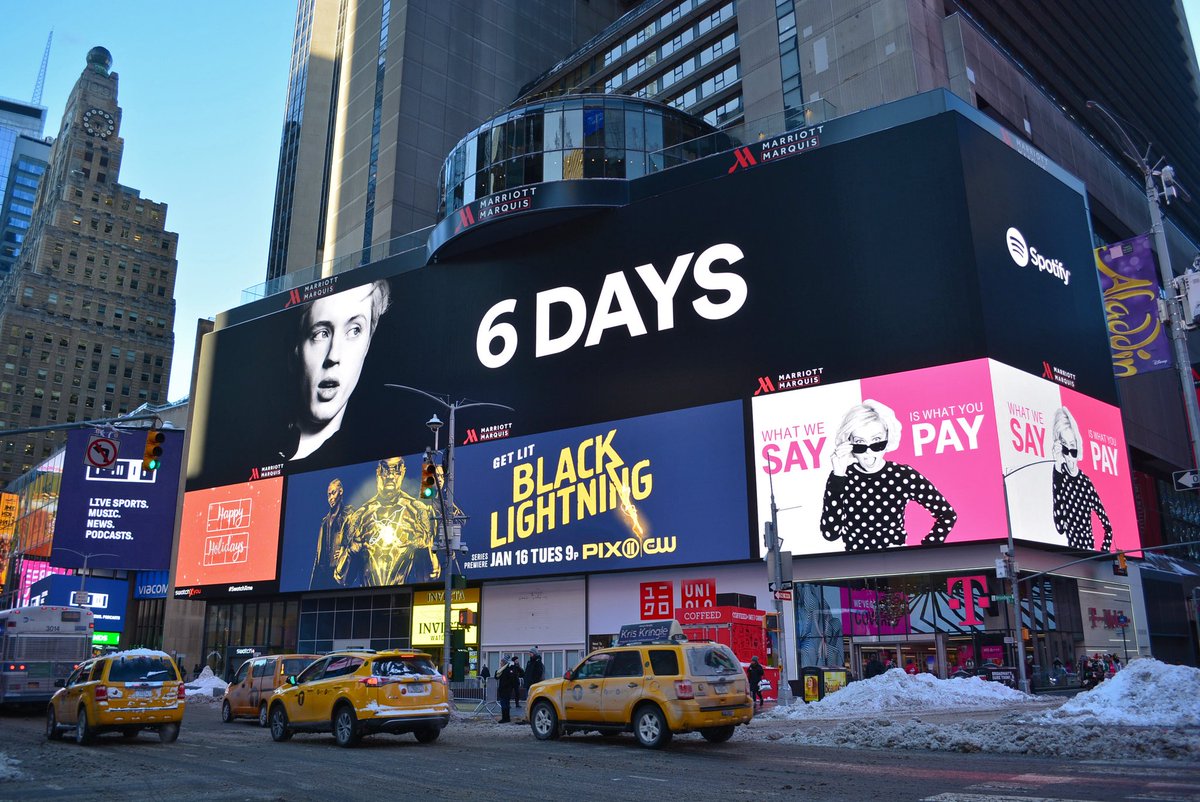 Oh my, oh my, oh my, it’s getting hot in here, and it should be, because Troye Sivan is finally back with his latest single—‘My My My!’.

The cheeky 22-year-old sent his fans on a wild goose chase when he dropped a mysterious tweet on Twitter asking his fans if they’ve been to Times Square recently.

Anyone been to Times Square this morning?

And the fans… well, they ran like the devil was chasing after them.

You can imagine how shocking it was for fans to find a huge ass billboard sign counting down the days to the release of Sivan’s latest single ‘My My My!’ in Times Square… completely out of the blue. ‘My My My!’ is the first single from the singer’s second album, which will be a follow-up to his full-length debut set, Blue Neighbourhood.

You know Sivan is heating things up when you hear the lyrics ”Cause passion is passion, you know it just as well as me,” just 20 seconds into the track. The steamy lyrics comes along with an even sexier music video, featuring the 22-year-old singer dancing in an abandoned warehouse. Sivan exudes enough confidence and sass to blow all our wigs away. Remember that awkward scrawny little boy who couldn’t dance to save a life? He’s G-O-N-E, poof, never to be seen again.

In his place is a sexy, confident, beautiful beast, and it’s pretty amazing to see him continue to outgrow himself with each new single he releases. The dreamy music video is shot in black and white for the most part, with bits and pieces of clips here and there that are shot under neon lights, completed with smouldering stares and Sivan’s angel-like face.

In a recent press release, Sivan spoke about his inspiration behind his latest single:

“‘My My My!’ is a song of liberation, freedom, and love. Throw all inhibition to the wind, be present in your body, love wholeheartedly, move the way you’ve always wanted to, and dance the way you feel – hopefully even to this song!”

Which is exactly what the JUICE team is doing right now because this song is definitely a bop! Check out the music video for ‘My My My!’ below:

Who would’ve thought Quavo’s mumble rap can be flirty?

JT is back, whiter than ever.