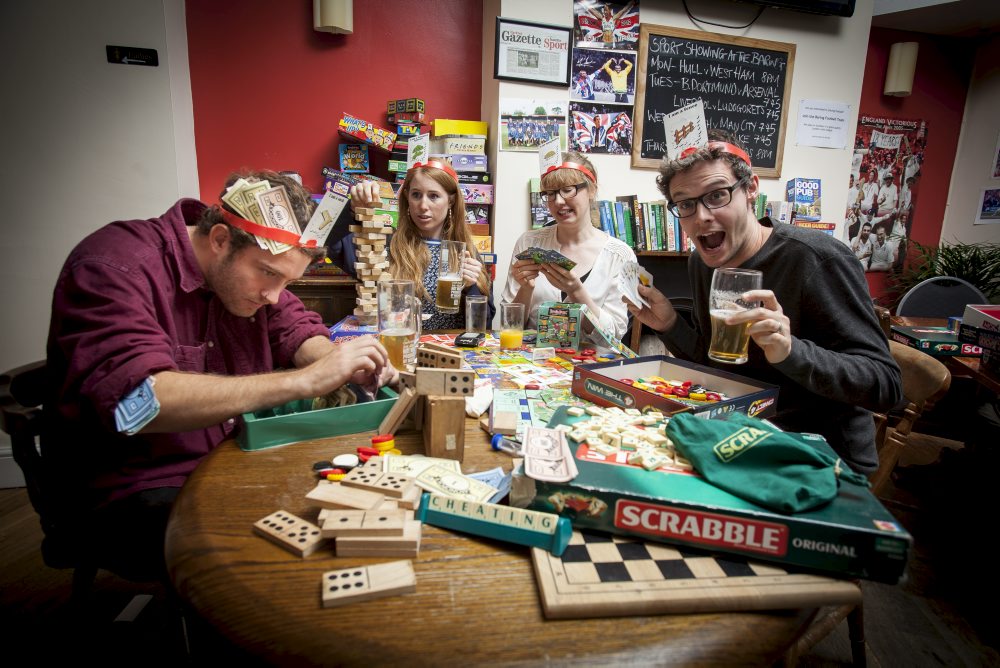 Have you ever played a game with your friends that made you so angry you needed five minutes alone to keep your chill? Or with that one friend who is always kiasu and gets hell bent on winning, only to give you the silent treatment when they lose? Here are 10 games that test the bonds of your friendship – and your patience.

Nothing hurts more than when the person you thought you trusted more than anyone else draws out the ‘+4’ card in UNO, yet nothing tastes better than when you counter attack them with the ‘Reverse’ card. UNO is the perfect game for passing time, but gives some serious heartburn in return.

AKA the game of ultimate sabotage and betrayal. You just can’t refrain yourself from sabotaging others when you see them flipping those damn pebbles. Especially when you see them gloating, as if it’s an Olympic sport, puh-lease.

One is a killer, one is a police, the rest are innocent. But who is who, and who can you trust? Apparently no one in a game where lying is a must and suspicion reeks. Give your friend a Golden Globes award, give them a standing ovation, then spit on their face for their lies and mistrust. Mafia, or Werewolf is a game of complete trust or complete treachery, there is no in between. Can you really trust your friends again after being completely lied to?

4. Tag (Police and Chief/Ice and Fire)

Running like you’ve caught fire is never a fun thing to do, especially when you clearly told your best friend to not tag you at the beginning of the game. You pinky-promised, spat on your hand, and swore an oath, only for them to break it immediately after. How dare they?!

Monopoly, a classic. It draws the bloodthirsty mogul from each and every one of us, and also a whole lot of rage. When going to jail is a good thing, and making it rain fake cash in the face of your friends is considered a norm, arguing is inevitable especially when someone says, “Check the rulebook.”

You sit in a circle with a group of friends, lie right through your teeth, and pray not to get caught. Each time you place down your cards, you sweat with the heat of being called out. You’re a liar. Your mom is a liar. Your best friend is a liar. Your 10-year-old brother is a liar. Everybody is a liar in this game, and nothing is better than proving a liar wrong, and when you’re actually being truthful about the cards you have in hand. Well, that is until you actually get caught spilling bullshit.

When you can’t win in vocabulary, you win by blocking their moves and making up every single word you know, and playing it off like you’ve got every right to do so. Nobody likes a smartass.

A game where you question if your friends are stupid, or just plain dumb. Everyone needs to schedule an appointment with their otolaryngologist or get their ears thoroughly cleaned after this game, I mean what the hell? The rules of the game are simple enough; pass along a phrase, and make sure it comes out right at the end. So how did “I’m 14 carats” turn into “I’m farting carrots”?

I knew it. I knew it was that sleazy Colonel Mustard all along. Suspicion is the only feeling you’ll be feeling when playing this board game, you can’t trust anybody, not ever, especially not the player who plays Colonel Mustard.

A game that never ends. By the end of the game, you’re pretty convinced that one of your friend is secretly planning for world domination. And Risk is their perfect chance.

Looking for a different kind of game?

Post-Apocalyptic Kung Fu Gets the Game It Deserves with LISA

The best, hardest, and most brutal drug-fuelled wasteland video game ever.

Just make sure you have your security blanket with you.

Be Part of the Problem with Illuminatus, a Conspiracy-Themed Satirical Board Game

Put on your tinfoil hats!