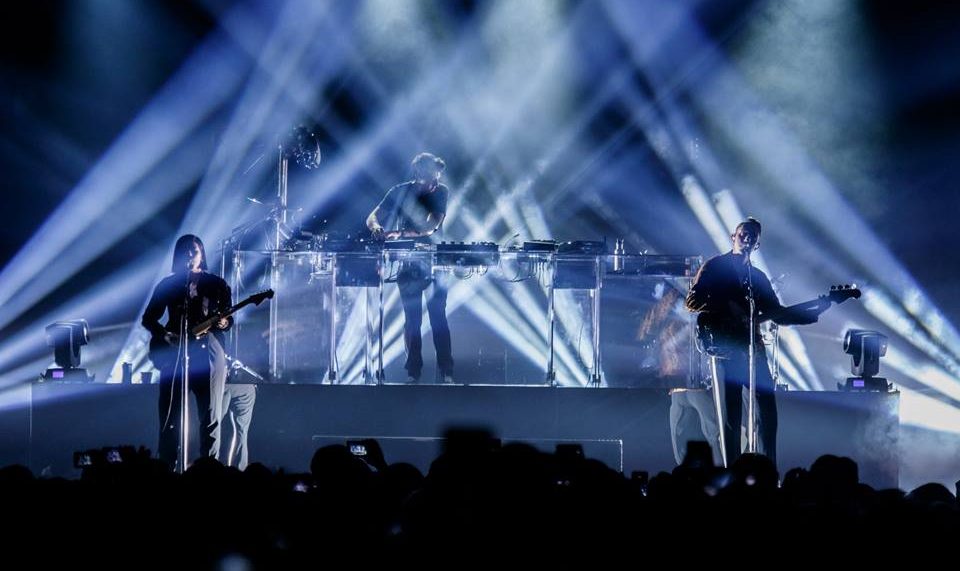 Images All Is Amazing

The xx (finally) made a stop here for their debut show in Kuala Lumpur, for the continuation of their I See You Tour to promote their latest record of the same name. It took place at MITEC, and was packed with 3,500 fans that were either first timers or avid The xx concert-goers. For most local fans, this was the moment they’ve been waiting for since 2009, when the Brit trio emerged with their debut record under label Yung Turks. For the opening act, we were greeted by our local indie-electronic duo Pastel Lite that kept us dancing to their catchy tunes before Romy, Jamie and Oliver took over the stage.

Upbeat dance songs were played while the crowd waited for the trio’s grand entrée. We were relieved that it wasn’t uncomfortable like most shows where you have to wait in a humid, crowded area with smoke all around you because people are vaping and smoking. Thankfully, it was a non-alcohol and non-smoking event because it was all done indoors, in a well-ventilated space.

Then, bright lights were flashing around, fog covered most of the stage, and we saw Romy, Jamie and Oliver who – without further ado – began the best ‘Intro‘ ever performed. Everyone went nuts as the wait is justified because finally (for most of us), we get to witness this live for the very first time. The crowd rocked out and danced to ‘Intro’ and classic hit ‘Crystalised’ that followed after.

Almost everyone took their phones out to capture this highly-anticipated moment – whether it’s Instagramming everything on the spot, recording a video, or just singing along. The band also performed ‘Say Something Loving’, off their new record I See You that was released back in 2017.

Knowing that it was their first ever Malaysian show, they treated us with more songs that we’ve memorised by heart. With ‘Islands’, ‘Heart Skipped A Beat’ and ‘Chained’, it was a wonder how the venue was still in one piece. We saw people dancing, singing, screaming, and cute couples hugging it out at the show, showing affection through music that they both love.

One of the night’s highlight was when Romy took the stage to serenade us with ‘Performance’. It was truly a moving performance that showcased how much range she has than what we were familiar with from the group’s previous two albums.

Every time the band performed a new song off the record, we recognise the fresh sound because there’s so much maturity that’s evident in the record. Songs like ‘Replica’, ‘Lips’, and ‘Dangerous’ didn’t feel unfamiliar even though I See You is relatively new. The way Romy, Jamie, and Oliver worked their way through the songs made us feel closer to the band, even to those who didn’t necessarily listened to the new record (like me).

If you were at the show, then you’d remember the screams that filled the room every time Oliver spoke. We can’t deny that it’s hella sexy, but what touched us was when he said: “This is an opportunity for you to leave any pain at home and just enjoy yourself at our show…”. We might be paraphrasing what he really said but man, didn’t that make our love and admiration towards the band grow even more?

It felt bittersweet towards the end of the show, because we knew that it was their first time, and how most bands would come and go after the first show and would almost never return again. But even if they didn’t return (we want you guys to come again!), the end bit of their performance was one hell of a night to remember. Jamie xx turned MITEC into a dance floor with ‘Loud Places’ before Romy and Oliver rejoined on stage to wrap up the show.

We had a blast at the show thanks to Upfront Arena, and we hope to see the band again for another night of spectacular music, friendship, and love.

If you’re planning to catch them on tour, check here. In the meantime, read our interview with Oliver here.

The xx On Adulthood and Their Jamie-Inspired Record

The holy trinity from Britain has grown from indie to experimental-pop with their latest record.

It was a magical sonic soundscape at KL Live.