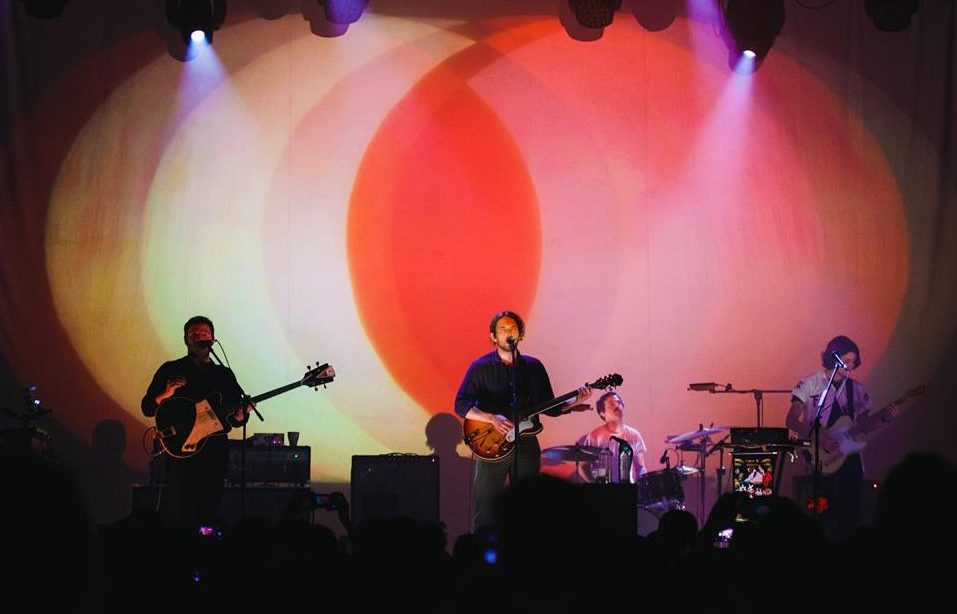 Images All Is Amazing

Fleet Foxes made their first (and hopefully not the last) show in Malaysia on 16 January at KL Live – a venue known for bringing both local and international acts for music fans of all shapes and sizes. After six years of hiatus, we got a new record and tour from the American indie folk band. The show was a part of their world tour to promote their new record ‘Crack-Up’, and JUICE was given the opportunity to experience the eclectic performance by the band first-hand.

Before they went on stage, we were wooed by our own amazing folk-sisters as the opening act. The Impatient Sisters gave the crowd a nice feel and mood to warm up the atmosphere, including their tribute to the late Dolores O’Riordan of The Cranberries that touched our hearts. Their rendition of ‘Linger’ really did lingered with us throughout the night, and they kept us on our toes until the main act came out.

Fleet Foxes was greeted with a massive cheer from the crowd, as they opened with a new track, ‘I Am All That I Need/Arroyo Seco/Thumbprint Scar’ and ‘Cassius,-‘ from their latest album. The crowd was ecstatic, myself included. The energy that the guys brought to KL Live was truly euphoric in nature; every strum, every high and low note, every drumbeat was a sonic soundscape that one can only experience at a live show.

Then, they played ‘Grown Ocean’ from their Grammy-nominated 2011 album, Helplessness Blues. There’s just something about that specific record that makes me feel good and sad at the same time. Maybe the title gave it away? Furthermore, the band didn’t stop playing; every performance had a different vibe to it. People who aren’t familiar with Fleet Foxes might say that their music sounds the same on every record, but you and I – ardent listeners of every record and live witnesses of the show – know how each song is unique in many different ways.

It was hard to notice but if you listened or looked closely, almost every song delivered had a different tuning. There was one designated tech guy that sat in a dim corner tuning the guitars precisely according to the next song that the band was going to play. That level of craftsmanship makes Fleet Foxes a highly commendable live act. I haven’t seen any band that meticulous in my life (not that I can think of), and seeing that strengthened my love and respect towards the music of Fleet Foxes indefinitely.

The 21-track set list seemed liked a lot, but it didn’t feel like a drag when the band was on stage. Every song was a unique experience, and the visuals merely enhanced the experience. The show also felt almost psychedelic, with moments where it felt equally cinematic. This goes to show how Fleet Foxes is capable of giving a performance the crowd will remember for the rest of their life, and one that we would want to experience again.

Seeing everyone sing along to fan favourites like ‘White Winter Hymnal’ brought listeners and the band closer together. Though one of the best moments would have to be when everyone screamed, cried and sang along to ‘Mykonos’. It was impossible to not sing along to the chorus, but when every one did, it felt like a Gospel.

The band stepped out of the stage after half of the set was done, to which the crowd chanted, “We want more! We want more!”

Since it was their first time in Malaysia, and seeing how great the crowd was, the band wouldn’t want to disappoint their fans. Robin Pecknold emerged from backstage and sang one of the most beautiful songs ever crafted, ‘Tiger Peasant Song’, accompanied by stunning visuals. It was a magical way to end the night, the cherry of the cake.

Their maiden show in Kuala Lumpur was a part of their Crack-Up album tour, and was executed beautifully at KL Live. Thanks to Freeform Malaysia, JUICE got to experience the magic that was Fleet Foxes.

Jamie xx turned the whole arena into a dance party.

Armed with a Party-ready Setlist, DNCE Busted Out their Best Body Moves at KL Live

The quartet treated fans to a healthy dose of their funk-pop tunes such as ‘Toothbrush’ and ‘Cake by the Ocean’ on 8 August ’17.

As We Watch Metallica in Singapore Last Month, We Ask Ourselves, Should They’ve Quit While They Were Ahead?

An observation from their recent show in Singapore.