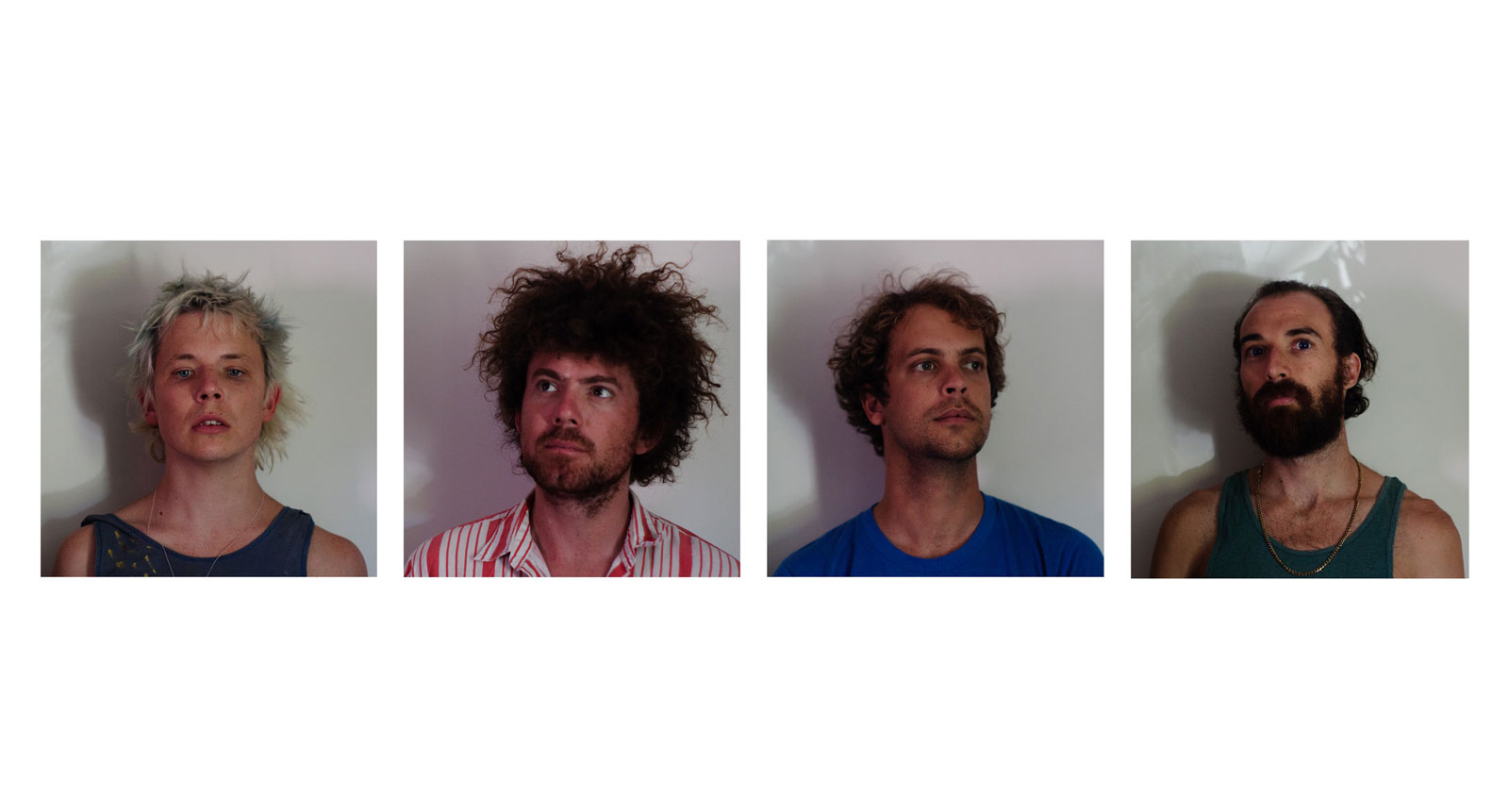 Together with Tame Impala, psych-glam pop band Pond are at the forefront of the Perth scene. In fact, the two are almost inseparable when the subject of the city’s psychedelic scene is brought up (though Pond have since come to dislike being lumped into that ‘scene’) – after all, founding members Nick Allbrook and Jay Watson were part of Tame Impala’s touring group, and Kevin Parker himself had a short tenure as Pond’s drummer pre-Tame. Coming off the universal acclaim latest album The Weather (produced by Parker!) had garnered – a collection journos have unanimously dubbed the band’s most ‘grownup’ work to date – Nick, Jay, Joe Ryan, and Jamie Terry are set to play in Kuala Lumpur for the first time as part of the Tiger #UncageMusic initiative.

JUICE took the opportunity to speak with frontman Nick over a quick email exchange, and like the band’s balancing act of self-seriousness and puerility, we discussed anything from Queen Bey to the fragility of the White Australian identity.

What’s happening down under, guys?
I’ve been to the beach, and stretched a bit and had another swim, and went to the shops cause the French woman next door asked Amber [Fresh] to cook a Kangaroo Pie and there wasn’t any olive oil – and then I drank a beer and now I’m writing this.

There was an interview where you mentioned that Pond listen to anything from Butthole Surfers to Rihanna. That’s quite the leap. How important is it for you guys to have a wide musical palate?
It’s not important really, it’s just what we do. Everyone is pretty ravenous for music and literature and learning, but I suppose it’s very important for our music to sound how it should… expressing the different eccentric, eclectic bits of us all.

Also, I noticed that you guys referenced Beyoncé quite a bit in past interviews. What is it about her do you think that she transcends genre divides, demographics, and geography, and inspires superlatives in us?
She is an infallible rock star. Beyoncé means more as a symbol than as a human, and she backs it up by being sexy and woke and working with rad people to make rad music. And she’s used her massive celebrity to point at big issues and empower women and folks that need empowering – and I think good people appreciate seeing someone like that kill it constantly.

The Weather is often discussed by music journos as a grownup Pond album. Do you feel that statement diminishes your previous releases? After all, can’t something puerile and fun be considered as big of an artistic expression as a self-serious one?
I feel like my life is about trying to walk the tight rope between puerile and self-serious, sublime and ridiculous. I understand what journos are saying with that. We are – real-life proper, actually – more grown up now.

On the same note, was there a conscious decision to shed some of the band’s goofiness or did this project’s more sombre approach accidental?
Probably. Goofiness just wasn’t compatible with a lot of what we want to hear or write or play, I suppose. But it’s there still, it’ll always be there because we are deeply goofy.

It’s also described as a “Perth album.” Not having experienced the Perth lifestyle, what does that entail?
A hot, bright, blue contradiction of paradise and freedom lying on dark and shallow history. The white Australian identity is very thin and we kinda wanted to whack it with a hammer and show how easily it cracks.

“… there is a wildly original creation with no precedent or pretence because it started as a wacky idea or joke.” – Nick

There was a quote where you said something along the lines of the isolation of Perth is more conducive to creativity than livelier cities. Why does the solitude and homogeny of Western Australia more helpful than somewhere more, say, culturally vibrant?
I think it’s because you can create something, then be supported by very close friends to keep doing it, and play more gigs even though you’re shit, because people just kinda want you to do whatever and have fun. Then, you keep doing it and all of a sudden after a year or something everyone’s actually really good and – viola – there is a wildly original creation with no precedent or pretence because it started as a wacky idea or joke. Y’know? Bad explanation, soz.

There was a Noisey piece in which you guys mentioned reading reviews of your band can be a tense experience. What was the worst one you’ve ever read?
Shit, I can’t remember. I used to be very sensitive about my shitty singing, and someone mentioned that in some Perth street rag and I was terribly upset.

We know you guys don’t really mind when Tame Impala is mentioned in relation to Pond, but with The Weather receiving universal acclaim, surely that happens less often now?
Nah, it happens a lot. But actually… it’s kind of in a more questioning way – like this one! Which is interesting.

Whoops, our bad. You’ve expressed distaste for Pond being considered as part of the psych ‘scene’ in Australia – and that the band doesn’t even listen to that particular genre. How and why the band get lumped into that group, in your opinion?
Because we started as being a proudly, ferociously psych band. We loved it, we wanted to be ‘psychedelic’, totally. So, it’s fair enough that that’ll never change. I feel like the Rolling Stones and Bob Dylan could do pretty much the same sounding song with the same instruments and one would be rock’n’roll and one would be folk. And maybe they both just listened to Sarah Vaughan.

“… we are not bursting with repressed silliness.” – Nick

Last question; moving forward, is there a pressure for Pond to maintain the seriousness people associate The Weather with, or is the band just waiting to burst out laughing at its perceived seriousness?
Nah, we are not bursting with repressed silliness. If there was any pressure, it would be to wind back the bullshit, get off the high horse, put down the bloody synthesiser, and crank out a few more ‘Moth Wings’.

Pond will be playing Tiger #UncageMusic at The Bee, Publika on Friday 24 November ’17. Tickets are available here, priced at RM160 (presale) and RM190 (regular).

Read other recent interviews below:

We got to chat with possibly one of the coolest bands in the world right now.

The Kooks Are Not ‘The Last Of The Brit Rock Bands’

… and the band played on.

Ahead of her set at Good Vibes Festival this year, JUICE sat down with Shura to discuss high school fashion, The Breakfast Club, and the story behind labeling her music as ‘awkward pop’.