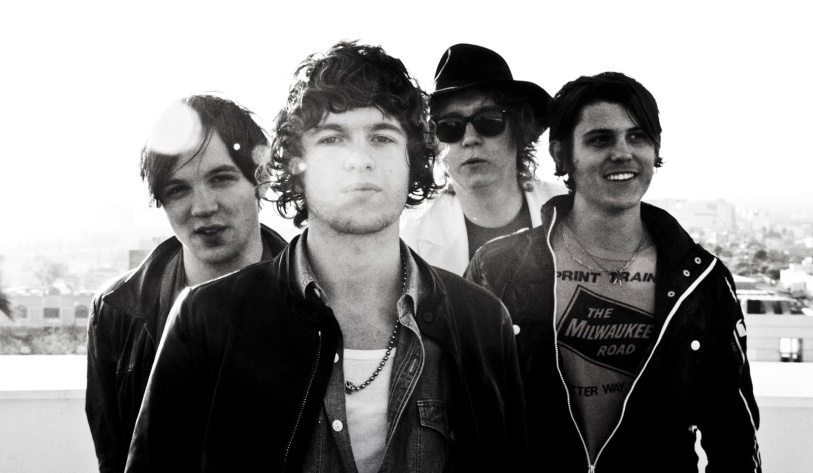 Once upon a time (around the ’90s to early-’00s), Brit Rock bands ruled the world elevating Beatlesque pub sing-alongs to stadium anthems. From the Blur vs Oasis beef (and then Oasis vs themselves), to The Libertines and Arctic Monkeys, Brit Rock became the biggest genre of rock to many, and the last genre to keep the spirit of the band alive.

With focus shifting nowadays from guitar-based music to sounds derived from laptops by bedroom producers, pop culture critics have long been debating the Death of the Rock Band. Unfazed by all of this, self-proclaimed “last of the Brit Rock bands” – The Kooks have just released their Best Of album compilation this year while playing Malaysia for the first time at Good Vibes Festival 2017. JUICE sat down with vocalist-guitarist Luke Pritchard and bassist Peter Denton before their set at Good Vibes to find out how the lads were keeping the genre of rock and the concept of ‘the band’ alive with experimentation in the digital age.

Okay, let’s start it off with a simple one. “Last of the Brit Rock bands”… that’s what you guys have describe yourselves as…
Peter Oh I thought you meant we were supposed to name one… like “Oasis!”

Did you watch Supersonic?
P Yeah I thought it was amazing!

Do you feel that since both Gallagher brothers oversaw the production, that it was a bit contrived?
P I don’t know man…
L I think they might have led the audience a bit, but I don’t know.
P It’s only about the first 3 years of the band’s life, isn’t it? I don’t know… they’ve always been like that, haven’t they?

“Generally, people who are creative seem to have a bit of drama.” – Luke Pritchard

Do you feel it’s important to have an engaging backstory and some drama in addition to making good music?
L I don’t know about that… I think a band like Radiohead wouldn’t think too much about their backstory and just focus on their music. Maybe they have a good backstory, I don’t even know if it’s clever. But generally, people who are creative seem to have a bit of drama. That seems like a common occurrence. The lifestyle itself creates drama anyway. If you want to be a musician you have to enter a sort of world… especially when you’re a kid, you’re entering a world where you’re parent don’t want you to do it, but you’re kinda growing up faster because you’re going out more and seeing the world more. Even though it’s jumped up now and it’s on steroids, you’re still a troubadour like travelling the city or the country playing for pay. You’re kind of in that zone.

Where do The Kooks fit in this music universe?
L I think when you said “the last of the Brit rock bands”, I felt like that at one point because there were no bands left. And because music production has changed so much. I think we were one of the last bands (for awhile or for a generation) who would go and record full tapes of music, wanting to be in the lineage of The Kinks or of the great Beat bands. And I think that kinda of did stop.

“I think the idea of ‘the band’ would never go away. But for a minute, it seems like the doors are being closed a bit to proper bands.” – Luke Pritchard

Your newer material seems to be influenced by cross-rhythms and micro-genres. Do you think that time for rock music is over and it’s time to try a different style?
L I think definitely, anyway, it’s good to keep fresh. You got to keep your integrity of what you’re and where you’re from, but you’ve also got to move with what’s around at the time… I think the idea of ‘the band’ would never go away. But for a minute, it seems like the doors are being closed a bit to proper bands. I don’t think they’re bad or anything, they’re incredible! But the young, new bands today, they look like a band onstage, but they aren’t actually a band because it’s all done by a producer through a machine and it sounds really big and stuff but there really isn’t any chemistry between the bandmates – they’re not really jamming together. In a musical sense, that’s what hasn’t been done for.

Even if you look at Tame Impala, the coolest rock shit at the moment, it’s one guy, it’s not a band. 1975, same thing. It’s a pop production first, it’s not really like guys in a room. But I think that’s a taste thing and maybe that will come back around. Even though we’ve gone and done different things and challenge ourselves with the production, I don’t think we wanted to lose that – that we are a band, and we play together.

Was releasing a Best Of album was more of a business deal?
P I don’t think we felt like we had to… I just think it was a good time to do it. I was looking at it more of a celebration then you know… the end? It is the end. The end of a flat bit, and the start of something new.

“New bands today, they look like a band onstage, but they aren’t… it’s all done by a producer through a machine and it sounds really big but there isn’t any chemistry between the bandmates – they’re not really jamming together.” – Luke Pritchard

One of your bandmates said that you’re “going to be the next U2” during an interview to promote the Best Of album…
L Sounds like Hugh…
P Yeah I think it was Hugh. He’s high a lot.
L Haha. Yeah I don’t know man… I like U2! They’re great. I think it’s quite cool to have a ‘Best Of’ album, it feels like a notch on the bedpost, and it has allowed us to take longer with our 5th album because we’ve wanted to take a bit of time. With the ‘Best Of’, it’s allowed us to do that. The live shows have been really cool because we’re playing songs everyone knows. I think it wasn’t a pure business thing or a pure creative thing to do, it was just fun to compile songs and get nostalgia trips. It was for the fans.

“Even if you look at Tame Impala, the coolest rock shit at the moment, it’s one guy, it’s not a band. 1975, same thing.” – Luke Pritchard

So what do you think of Malaysia so far?
L It’s our first time, it’s so exciting…
P I went to Langkawi with my family back in February. It was pretty beautiful. Lots of eating, lots of drinking, lots of swimming, more eating, more drinking…
L In that order it’s quite dangerous, man.
P It’s fine man.
L Yeah but you get a tummy ache.
P Yeah I had to sit around the sun, lounging for hours. It was awful, man (*laughs)… It’s obviously very different, Langkawi and KL but we’ve got a free day tomorrow, which is fucking incredibly rare! So we’re going to try to pack in one week’s worth of holiday plans into one day – so I think we want to go to some caves, see the birds, and, I don’t know…
L It seems like a really vibrant city… big crowd outside…

“We feel like a global band. We don’t feel like we need to stick to one place. We’re quite lucky. If you’re British or you sing in English, the chance for your music to connect all over the world is better.” – Luke Pritchard

“We’ve handed over the [last of the Brit Rock bands] baton to them [Catfish and the Bottlemen].” – Peter Denton

I don’t know… I still listen to punk. Savages?
L Savages? Those guys are a bit heavier.

Is it more important to get loyal fans from your home country than the rest of the world?
L We’re not extremely sort of strategic like that. We just put our music out and go everywhere, really. We feel like a global band. We don’t feel like we need to stick to one place. We’re quite lucky. If you’re British or you sing in English, the chance for your music to connect all over the world is better. And we’ve had it. I think we do great in some places. I don’t think there’s one places where we’re massively huge or one place where we don’t do anything. We try to spread it all out equally. Sometimes we do it too thinly – that’s why we’ve only been to Malaysia once.

The Kooks played at Good Vibes Festival ’17 on Saturday 12 August.

Checkout our recap and picture-highlights of the festival here.