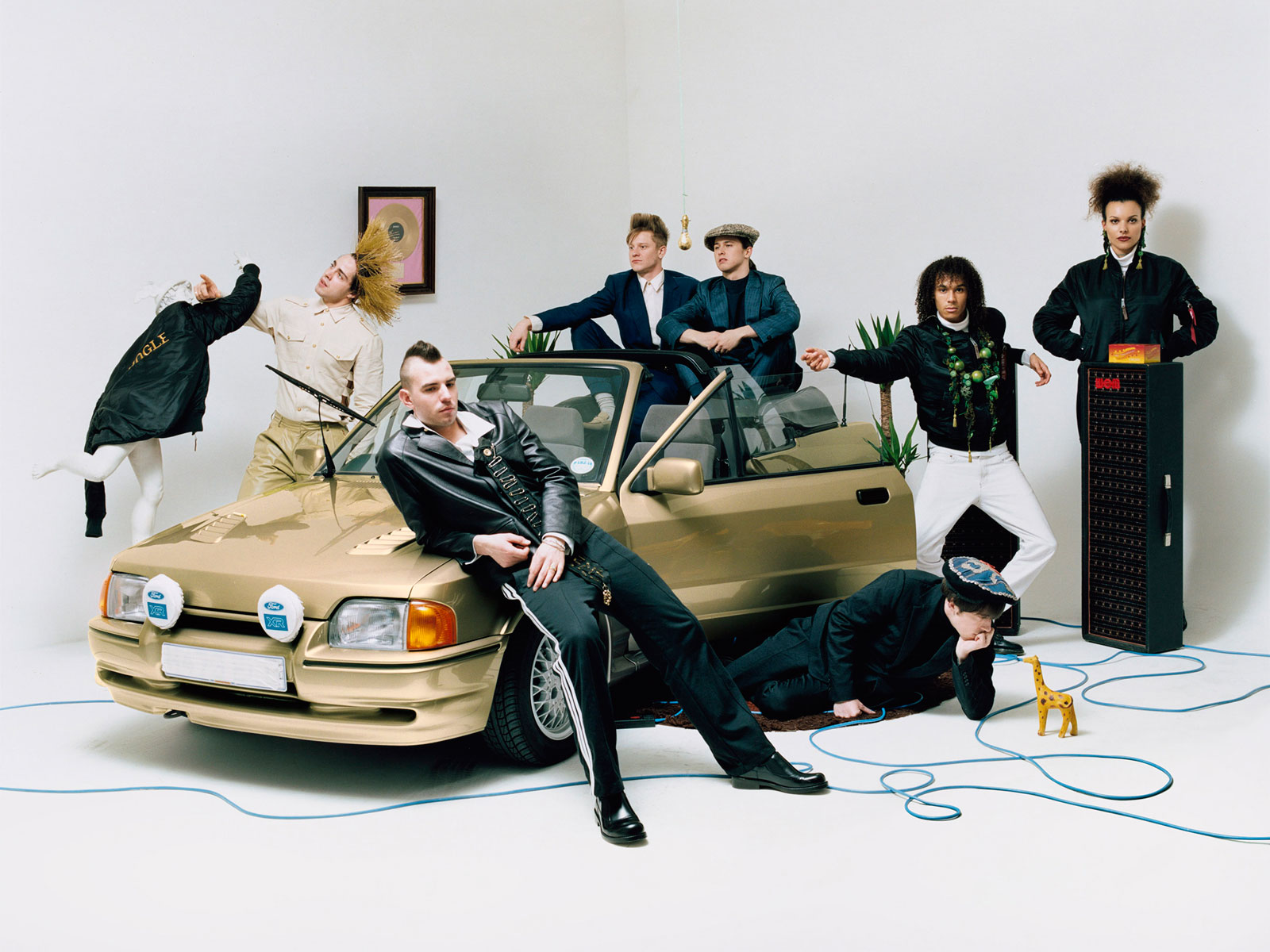 Their songs are grandiose upon the click of a play button, and you might’ve also heard some of their songs in movie soundtracks or even FIFA ’15. Nevertheless, most people will still say “Jungle who?” at the mention of their name. Luckily for Tom McFarland and Josh Lloyd-Watson (preferably known as J and T), fame is the least appealing aspect of their job thanks to an unshakable passion for music production and performance.

To liven up their showcases, the band went from two members to a seven-piece band. Jungle then became a soul collective that went on to perform at various events like Leeds and Glastonbury Festival ­– with their self-titled album shortlisted for the Mercury prize in 2014. Three years after the release of ‘Jungle’, the effect remains and they are set to step foot into our shores for the first time this November at KL Live. But before that, JUICE had a few things to ask McFarland and here’s what we got back via email.

“I think the music would be less exciting and more predictable if we were just playing on our own with loads of computers everywhere.”

Jungle is very much synonymous to amazing live shows, due to the collective effort of musicians and you two, of course. What do you imagine a Jungle show would be like without the rest of your bandmates?
The whole point of surrounding ourselves with our friends on stage was so that the audience truly had a live experience. When we were kids, it was so exciting going to a show and see loads of people doing different things, which then blended together to make something so much bigger than the individuals. I think the music would be less exciting and more predictable if we were just playing on our own with loads of computers everywhere.

Crowds tend to reflect the energy that is shown on stage, so what would you say is your main focus when performing in order to liven up a crowd?
I think the focus is to connect with as many people as we can. The energy can be sad, happy or exciting. It doesn’t really matter. As long as it’s there, that’s the most important thing.

“The music is Jungle, we are not Jungle.”

Since you let your music do all the talking instead of promoting yourself as individuals, is branding ever a concern when it comes to the marketing of Jungle?
The music is the most important thing to us. The music is Jungle, we are not Jungle. It’s impossible for us to take ownership over it because it’s such a shared experience. I think if your art is good enough, and connects with enough people, then it markets itself.

Though we know that this element of mystery was never intended, will we ever see you take the lead in future music videos?
Only if we learn to roller skate or breakdance properly…

You two have been long-time friends, but how did the musical chemistry occur? Because creating something together (not only music) requires a certain kind of compatibility.
We are like yin and yang. Equilibrium and balance are vital to our relationship. We are basically brothers, so there is always unconditional love, but creative tension is also really important for our process.

“When we make music, we always have a visual cue to take from, whether that’s imagined or real.”

Jungle’s music can be described as big and thematic, which is why ‘Lucky I Got What I Want’ made that scene in Nerve so impactful. Do you see yourselves producing scores for films in the near future?
Film music inspires us everyday, so we try to reflect that in our own music. When we make music, we always have a visual cue to take from, whether that’s imagined or real. We would love to make soundtracks in the future, but we kind of feel like we’re doing that already.

The songs in your self-titled album are all significantly different but long-time listeners will still be able to identify your sound. Is it important to keep that signature sound for identity’s sake?
I think that just proves that it’s not about what we create, or how it sounds that identifies us. Whatever we make will always sound or feel like Jungle because we made it.

Speaking of identity and genre, Jungle is often labelled as groovy pop and funk. With the revival of such genres thanks to artistes like Bruno Mars, do you see yourself collaborating with them?
We’d love to collaborate with a lot of artistes. It’s one of the great things about music and being part of this world. Sharing ideas amongst your peers and contemporaries is how you learn and grow as an artiste.

Also, do you see yourself crossing genres for upcoming work to diversify your discography?
We always want to surprise ourselves with what we create. I think as an artiste you naturally change and grow because you do as a person too. Experimenting with new forms can only create more diverse and interesting music.

“I wish people stuck together a little bit more, the world would be a much more beautiful place.”

I sense that camaraderie is Jungle’s biggest attribute. Do you agree?
Absolutely, it’s the best team in the world. Everyone’s passion is intoxicating. I wish people stuck together a little bit more, the world would be a much more beautiful place.

Jungle live in Kuala Lumpur is happening on 18 November ‘ 17. Click here for more details. Or click here if you want to stand a chance of winning a pair of passes to the show.