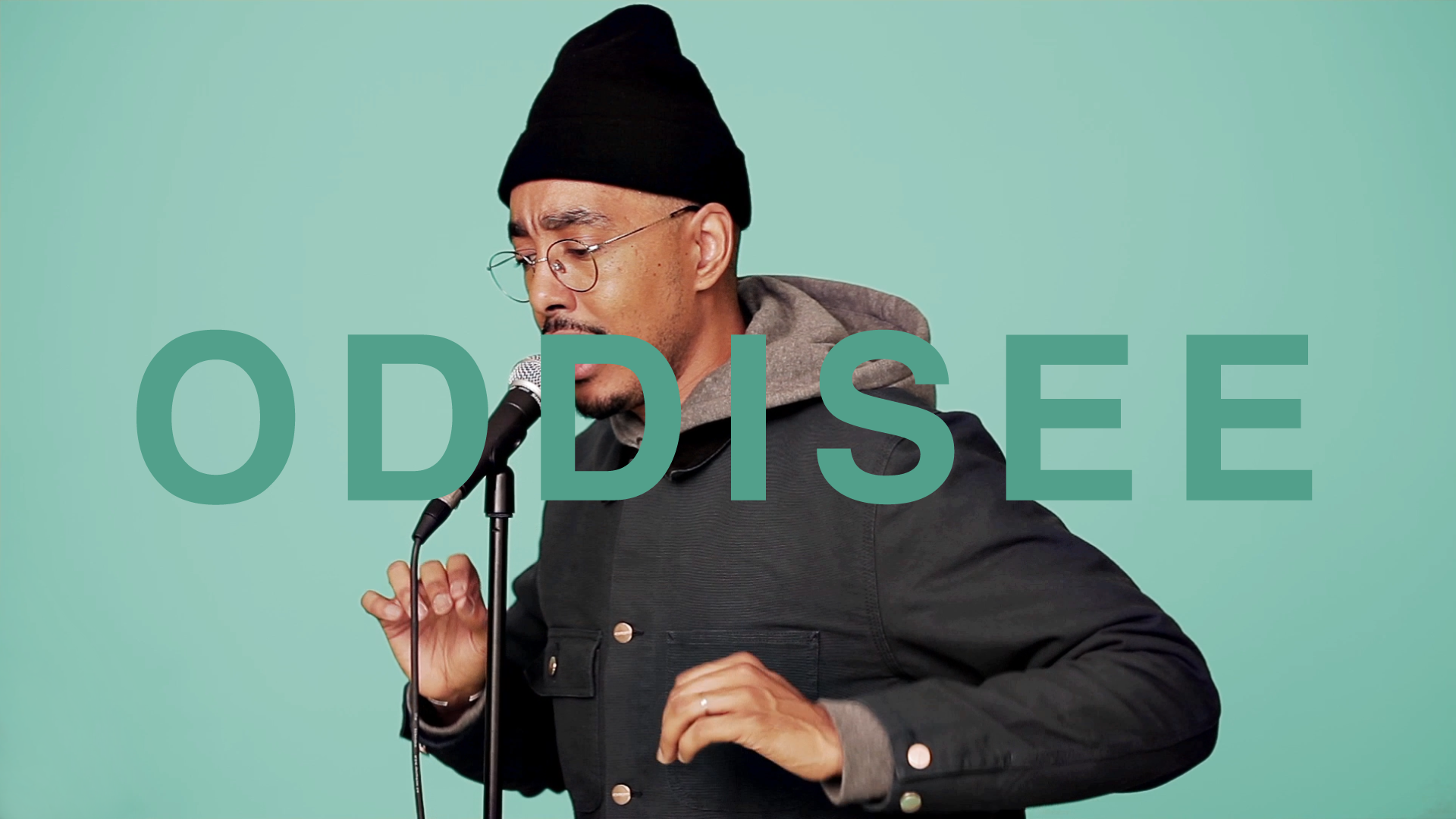 Life in the concrete jungle can be grey.

We recommend adding some colours to your life by bookmarking this YouTube channel, A COLORS SHOW.

Why? Well, it’s a simple but dope concept; a microphone, an artiste/a group staged in a ‘box’ with a bold, solid colour code for each session. It’s visually clean, musically varied, and it exudes quality.

A COLORS SHOW invites an array of talents from all spectrum of life and musical genres to their studio in Berlin for a performance. Spawned from COLORS, a Berlin-based music magazine, this weekly show refocuses the limelight of the music game back to its basic elements with the only criterion of the selection being quality and groove.

The main highlight of the channel is its hip hop selection, but the show has also featured many singer-songwriters, r’n’b acts, and others. Though we have seen other shows such as NPR Tiny Desk when it comes to stripped down musical performances, the simplicity and clarity of the A COLORS SHOW format are so seductively hypnotising that you’ll end up binge-watching through their YouTube playlists for hours.

To give you a primer of the show’s aesthetic and appeal, below are 11 of our favourite performances on the channel in no particular order. You should definitely explore the rest when you’re done with this list!

IAMDDB is without doubt one of our favourite artistes on this list. She’s a 21-year-old creative soul from Manchester who goes by the genre ‘urban jazz’, which rides on the spiky hip hop beats with a lingering, elastic flow that glides between singing and speech. If by any chance you’re wearing a huge coat and sunglasses indoors, then you should also check out her infectious street hit ‘Shade’.

A South London representative with the habit of flowing his dark rhymes on heavy beats that makes us wanna drive around town with a cloud in the backseat and the windows up. A2 is a mystery with minimal social media activities and rare interviews, nevertheless, his online fanbase is gradually growing as he steps out from the shadows. This Croydon grime rapper first started releasing self-produced materials back in 2012.

I’ve been a fan of Gavlyn since her early days of spitting rhymes on the streets with The Cypher Effect, LA. From her first single ‘What I do’ to collaborating with The Organized Threat and even the humble success of her Modest Confidence album. Hailing from the San Fernando Valley, this Latin American hip hop MC has stolen my heart and to see her on this channel is a dope treat even if the flow isn’t her best rhyme to date.

We can’t talk about a Berlin-based YouTube channel without at least naming one German rapper and regardless of how you feel about this famous panda mask-wearing rapper with the anti-Christ symbol a la Charles Manson on his forehead, Cro is definitely worth mentioning. Educated in Stuttgart, Germany, Carlo Waibel made his name in the German hip hop scene by mixing pop and rap, which he calls ‘Raop’. He became a household name after releasing his music video for ‘Meine Zeit’ on JUICE Magazin (no relations to us).

Unfortunately, fans have criticised his newer releases, stating that his true face was revealed as a gimmick. But since my comprehension of the German language is still at its very basic, this is still worth the listen. If only A COLORS SHOW would get Edgar Wasser, then this list would have a better example of the German hip hop scene.

What can I say about this amazing girl? How about I’m in love? In love with Mahalia Burkmar‘s irresistible voice that is filled with soul and groove accompanied with those fresh, deep beats. An English singer, songwriter, and actress based in Birmingham, she has been writing music since she was eight and signed a deal with a major record label at age thirteen. Definitely check out her other shizzles too.

This video is the illest. The samples of Eazy E’s ‘Boyz in The Hood’ and TLC’s ‘Waterfalls’ scratched in a style that is reminiscent of Beastie Boys alone were enough to get the entire ghetto pumping, but to top that with Fat Tony‘s sick flow bouncing off the beats can cure any diseases you might have caught from being exposed to this raw energy ball of talent. Houston’s Anthony Onyebuchi Obi is well-deserved of his Best Underground Hip Hop Award from Houston Press Music Awards.

If you don’t know who Little Simz is, then son, you are missing out. This Spirit Warrior is one of the realest emcees running the UK hip hop scene and could easily be crown as the Queen of Grime if Lady Leshurr doesn’t catch her with a bad breath due to forgetting to brush her teeth. Hailing from Islington, this 23-year-old rapper released her debut album A Curious Tale of Trials + Persons on 18 September ‘15 to add onto her already impressive resume of four mixtapes and five EPs.

One of the weirdest performances on this list, but in our eyes Mykki Blanco is a beautiful soul and has produced one of the coolest albums of 2016. This transgender American rapper, performance artist, poet, activist, and Yoko Ono wannabe must have felt right at home in Berlin from just seeing the confidence of her showmanship in this video.

Amir Mohamed el Khalifa, better known by his stage name Oddisee, brought his full band to Berlin in order to assist in expressing the multifaceted talents of his “soulness.” Part of the Low Budget Crew and one-third of Diamond District, his lyrics often refrain from talking about drugs or thugging, just like the early East Coast emcees (De La Soul, A Tribe Called Quest) who influenced his sound.

The seductively addictive vocals of South East London’s Joel Culpepper spanking on that punchy piano riff makes you want to appreciate your woman so much more and provide her with all the care and loving that the queen of your arms deserved. The incredibly deep influence of the soulful sounds of r’n’b is ever present in Joel’s performance, giving us a delectable display of growing maturity in his songwriting that is present in his new EP, Tortoise.

Last but not least, we finish this list with the alluring cries of the electric guitar and the groovy voice that’d make a homie fantasise. This superior ode to the morning after by Collard is perfect for a lazy Sunday in bed, and to end this list.

Go ahead subscribe and check out the rest of the colours in the show. Tell them that we send you there with love. Peace out, and remember to always Paint Your Ears.

Paint your ears with these too: