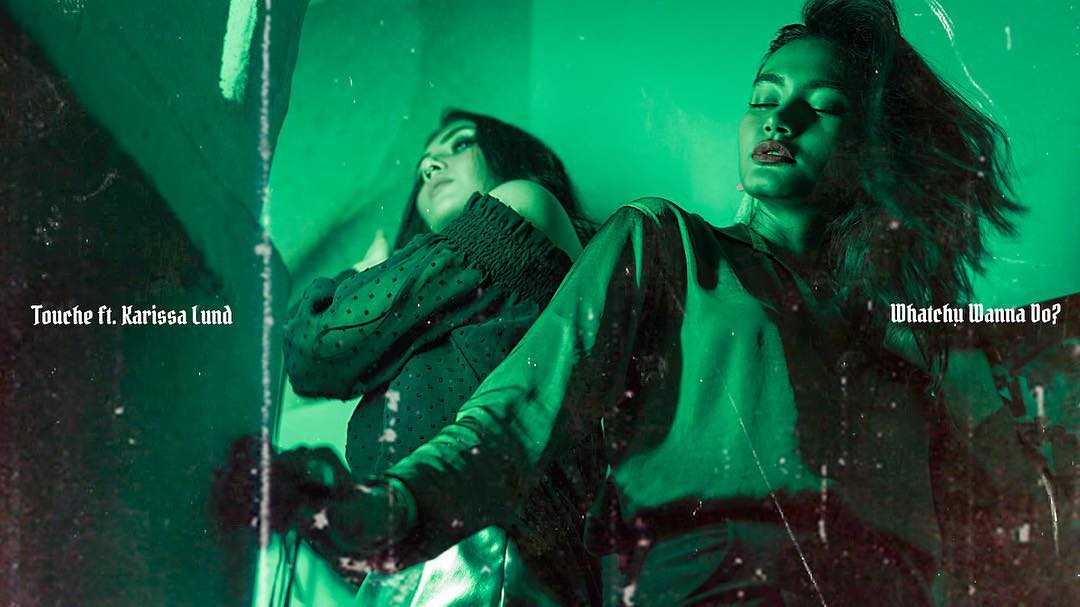 Touché has just recently released their music video for latest single entitled ‘Whatchu Wanna Do’ and it’s neon-listically fantastic. The hip hop duo comprising of Aye Darko and Jay Miinke are diversifying their musical prowess from the more comfortable trap genre of previous singles ‘Yikes!’ and ‘Palau’, instead trying their hands at the popular but polarising subcategory of pop rap. But with help from Karissa Lund’s voluptuous voice and the trippy vision of director ATG, their latest MV is a dope click of the link and sharing it is a no-brainer.

Director ATG’s brave attempts at visual effects experimentation and unique divergence of camera movements add a well balance dimension to to the synergy of the lyrics and the self-produced beats. Fresh from his first collaboration with Ewan Jade, who is known for his fashion photography, this duo combined to generate an out-of-the-box approach by encouraging viewers to interpret the meaning of ‘sexuality’. This amplification of the audience’s curiosity is manifested with the usage of the artistes’ and model’s subtle, lustful expressions that blend with the ‘mind-manifesting’ ambience of Minut Init’s neon atmosphere, which helps sell the mood of the song. Shout out to Donnie Darkho the Rabbit for his cameo and bringing his weird sexiness to the video.

We had a quick WhatsApp chat with Aye Darko in regards to their latest single:

Tell us the roots of Touché. How did you guys start spitting rhymes and get into the game?
My friend – MIINKE / @ohsemjay – and I were classmates back in high school. We started off with #freestylefriday on Instagram, which I created the concept whereby we both spit our freestyles (within 15 seconds at the time) and post them every Friday. As for our musical career, we started by doing our mixtape, which we recorded at Jin Hackman’s studio back in 2015.

Hip hop came from the streets, man. It’s always raw like sushi. Now, the beat of the song. Was it sampled or inspired by others?
I produced the beat back in 2016, if I’m not mistaken. At the moment, I was inspired by pop/hip hop songs. Hence, the beat and melody.

Compared to the other songs you guys have released (‘Palau’ and ‘Yikes!’), this is perhaps your first pop rap song. May we know why you moved from trap into this subgenre of hip hop?
We’d like to portray that we are a versatile duo to the public. We believe that we can do boom bap, trap, and maybe grime… dangdut-hip hop in 10 years? Who knows?