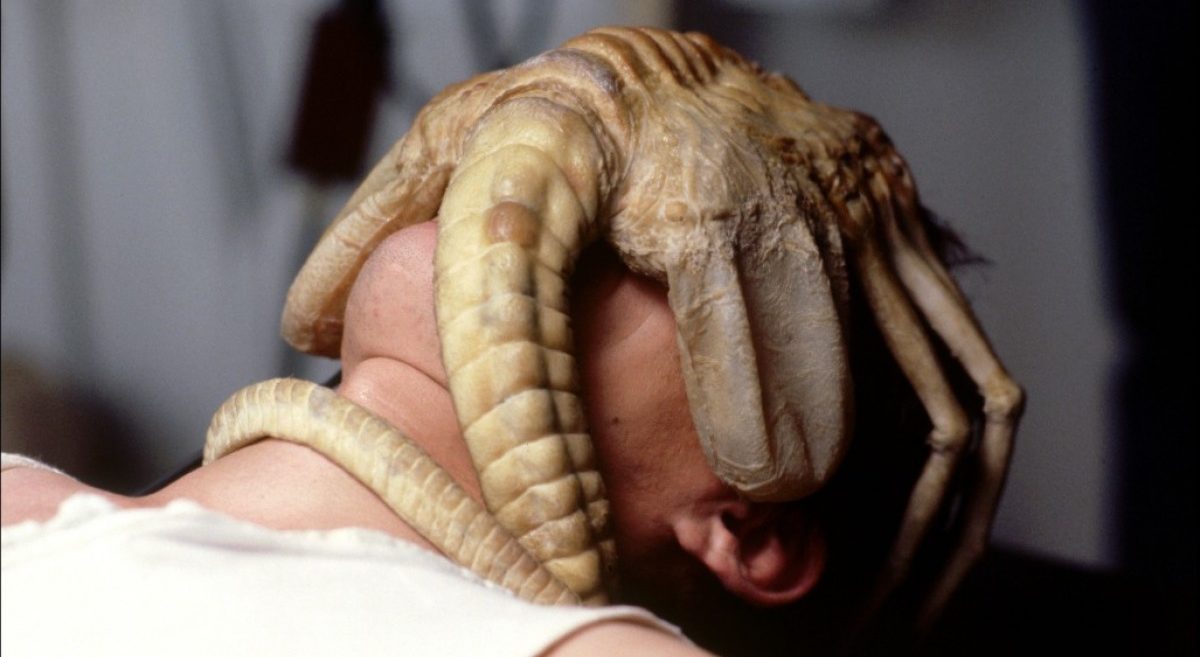 Why be afraid of ’em when you can eat ’em. The chef-food stylist-photographer and writer for The Necro-Nom-Nom-Nomicon, Hellen Die, decided to recreate the facehugger from the Alien franchise as a Thanksgiving feast.

Last year, she cooked up an Alien-inspired Chestburster Turkey, and her family immediately banned the dish from being served again this year. So, Hellen did what everyone would do, and she made something even scarier! The facehugger dish is a seriously mean looking fusion of whole roast chicken, snow crab legs, and a chicken sausage tail. Nyum.

Definitely a fan of creature features, Hellen has a long history of working in Hollywood, both for film and TV. She specialises in horror films, and loves taking inspiration from all the sets she’s worked on. By bringing gore into the kitchen, she serves up disgustingly delicious recipes on The Necro-Nom-Nom-Nomicon – a website that curates horror-inspired recipes that go beyond your standard Halloween treats into a more gourmet, grownup ghoulishness for foodies. Sometimes her doggy sidekick – Lucifur – would help her out too.

Anyway, back to the facehugger dish. According to Hellen, this sweet slab of petrifying poultry is smokey, succulent, and has just enough bite from a secret ingredient to make you cautiously come back for more. In short, it’s damn good. Getting there is a setback as recreating this dish takes up 24 hours, and includes multiple steps and unique ingredients. But apparently the meal is worth it because of how tasty it is and how amazing the visuals are too.

Scroll down to see how she made the edible facehuggers:

For the full recipe of this creepy meal, click here.

These mobile applications will save your life (and grades).

6 Reasons Why You Should Buy A Tiny House

Are you really utilising all that space in your home right now?