Whether the future of Malaysia’s prison system will be high-tech like in the movie Escape Plan, is still up in the air but for now, according to The Star, the Malaysian Prisons Department is studying the possibility of using artificial intelligence (AI) systems in its facilities.

During the Intelligent Smart Prison Forum at the Prisons Department Headquarters that happened today (22 April), its director-general Datuk Seri Zulkifli Omar said smart technologies could be used to support management and administration within and outside prison walls.

“We hope that the use of AI in smart prison systems will enable us to enhance safe incarceration and offer second chances to inmates,” he said.

Home Minister Tan Sri Muhyiddin Yassin, who launched the event, said that the forum provided opportunities for the Prisons Department to review its management and operations from the perspective of five developed countries like China, Japan, Netherlands, Singapore, and the United Kingdom.

“The inmates will be well treated, according to the laws and regulations, although we are now facing overcrowding of inmates in most of our prisons throughout the country.

“In terms of correctional facilities, my ministry will continue to do its best in providing the Malaysian Prisons Department with complete and appropriate infrastructure such as rehabilitation centres, security and health facilities equipped with the latest technology,” the Home Minister said, after opening the event.

Muhyiddin also stated that embracing smart technology, prisons around the world can learn from one another through existing platforms under regional and international cooperation.

Far from being the stuff of science-fiction, AI is becoming an increasingly common sight in today’s world, powering everything from social media algorithms to industrial automation to government surveillance.

According to ZDnet, AI systems will typically demonstrate at least some of the following behaviours associated with human intelligence: planning, learning, reasoning, problem-solving, knowledge representation, perception, motion, and manipulation and, to a lesser extent, social intelligence and creativity.

Seeing as 3 out of 10 Malaysians believe that robots will take over their jobs, the age of AI is seeing as much resistance from the public as it is experiencing welcomed support. Now, if we can only speed up the process of fixing our justice system… 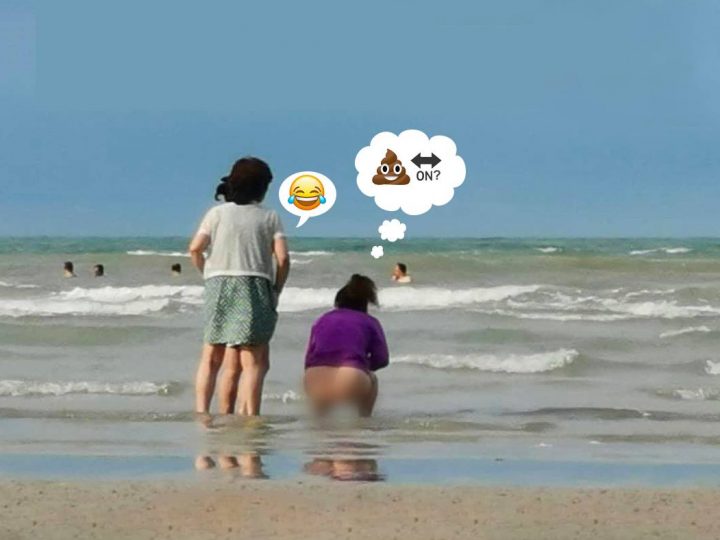 A Tourist Took a Dump on a Beach in Port Dickson.. M’sians are Fuming

Why does this sand taste weird?