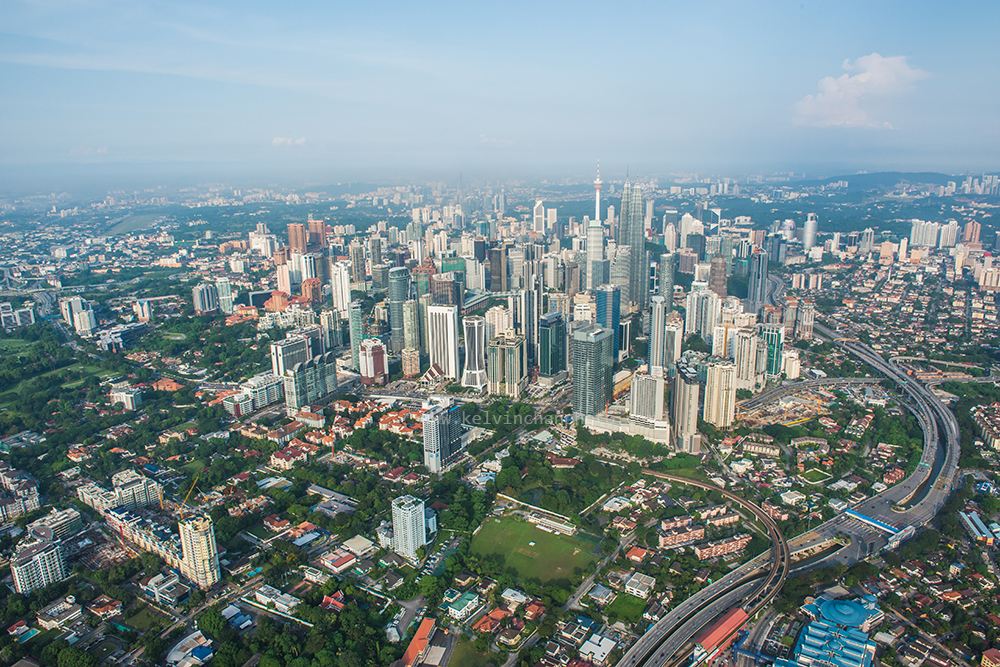 Although we now have Instagram-able food and cocktails from cool cafes and speakeasies, luxury brands sold at mega-shopping malls, competitive transportation services sending us discount codes, and international universities and MNCs setting up shop here; the melting pot of culture that is KL can sometimes spill over into dodgy territory reminiscent of our cowboy-past.

Petty crimes are unavoidable no matter where you are. Remember the public outcry that happened when 4 Malaysian cities were placed on WorldAtlas’ Top 10 Most Dangerous Cities in Asia list? It was later revealled that the data used by the travel website was inaccurate but that did not sway the public’s opinion.

And can you blame us? Although our nation’s crime rate was nearly halved in 2016, recent reports of crime in the media show that it’s not exactly safe to leave our doors unlocked as well.

Neighbourhoods play an important role in personal happiness. If you live in a safe community, you’re more likely to enjoy spending time outside gardening or hanging out at your local mamak restaurant. If your neighbourhood is unsafe, you’re likely to keep your doors and windows shut at all times with ten different locks.

But what exactly is a safe neighbourhood?

After reviewing crime stats from previous years, it’s safe to say no one can really place their finger on which township has a worse track record than the other – even though there are some shocking revelations such as crime moving closer to the suburbs (hello, PJ and Subang).

Hence, we turned to news reports and the opinions of the locals themselves to give us a rundown of their experiences living in these crime-prone areas. The most savage of which have been collected here to build our list of the Most Dangerous ‘Hoods of the Klang Valley.

The first thing that comes to mind when one says “Klang” are gangs with weird-ass numbers as names. On occasions, “parangs flying everywhere” also sounds like Klang. As stereotypical as it sounds, it doesn’t help that just a few months ago the gang “24 Apache” who are mostly from Klang*duh* were finally charged with a lot of things – emphasis on a lot. The group was said to be involved in cases that included murder, kidnapping, drug trafficking and extortion. They were outed when a clip of the gang went viral as they bore the letter “24”, “TD4” and a black swastika.

The Klang River also makes for a convenient place to get rid of bodies. Yikes!

Ah yes, money-draining Kuala Lumpur. Don’t be deceived by the skylines, ’cause some places in KL can be dodgy af. Now where do we start? The Chow Kit area? The Petaling Street? Doesn’t matter cause wanna-be-thugs are constantly lurking around in the alleys. Not to mention, drunk tourists and locals are always loitering somewhere in KL (Doraisamy and Changkat), so the possibility of stumbling into a drunk fist fight is quite up there.

Here’s what a civilian living in Pudu said, which totally sums up all flat-life here in KL:

And hey, Keramat is so hood, there’s even a rap song about it:

Shah Alam or should we call ’em Darul Maksiat is like that movie Neighbours (2014) where a group of annoying fraternity boys moved in next door and wrecked everything with their parties. Yeah, Shah Alam is basically that but in city form especially with the amount of students migrating there. Besides people getting shot and slaughtered, there are recent cases of girls being sexually harassed in this area. And all this happens despite Shah Alam being one of the hardest places to buy alcohol in Malaysia.

It’s official, Subang Jaya was tainted for having the highest crime rate as compared to other districts in Selangor. Even though the number of cases decreased by 29.5 per cent compared to 2016 at 2,077 cases, it’s still the highest as about 1,465 criminal cases were recorded in 2017 in the district itself. That’s all we gotta say *drops mic*.

Stolen cars, house break-ins and vandalism are some of the crimes plaguing residents in Kajang. Apparently the neighbourhoods there have many access points that makes it easy for criminals to enter and quickly escape. It was reported in August last year alone, police had arrested over seven snatch thefts in the area. Robberies are the main crime in Kajang, a simple google search can lead you to tonnes of articles about it. Oh, rempits are a problem here too, but then again, they’re friggin’ everywhere.

PJ, the predominantly Chinese suburb of KL, as of 2016 had the highest crime rate in Selangor (just like Subang the year after). That’s not surprising when you visit ghetto-like developments such as Damansara Perdana’s Flora Damansara, which although is only a stone’s throw away from the rest of middle-class DP, is worlds apart in living conditions (rent for whole units here can go as low as RM150 per month for a 3B apartment). Then there are other parts of PJ’s vast area like Jalan Gasing that get patrolled by thieves frequently on the lookout for their next hit. Thinking of getting that banana leaf rice you’ve been hearing about? Think again. You’d be robbed twice (with their prices).

If there’s one place that’s like the lyrics of the song ‘Welcome To Paradise’ by Green Day, it’s Sunway Mentari. Pimps, brothels, sleazy bars and massage parlours make up majority of the commercial centre’s businesses.

There’s a community of African students who live at the Mentari Court apartments, leading some to believe that they are responsible for the spike in crime here, but criminal activity has long been alive in this area. Mentari Courts might not look inviting, however the Africans are most likely just a scapegoat for the locals who are angered with the high crime rate.

Now don’t get too paranoid after reading this list, just know that authorities are working hard to decrease our crime rate and sooner or later, maybe we can deem the Klang Valley as a safe space once again. Don’t take our word for it though.