If you haven’t heard of Abdul Hafiz Abdul Rahman, better known as Katun, then you’re hereby stripped of your arthoe title. The Malaysian graffiti artist was recently noted for his latest artwork for R&B superstar Chris Brown’s latest single ‘Undecided’.

Katun posted on Instagram showcasing his artwork for the single with the caption: “Starting my 2019 with a collaboration with Chris Brown new single #undecided”. To those who’s been following Katun’s work, you can definitely see his signature use of vibrant colours on the single’s artwork.

Starting my 2019 with a collaboration artwork for @chrisbrownofficial new single #undecided. . Thank you for giving this portal opportunity, I am humbled and honored 🙏🏼🤗💯✨ Time to teleport.🔮 . Swipe left to see the process and progress. . #katunzhack #chrisbrown #undecided #teambreezy #indigoseason #breezy #visualanarchist #character #characterdesign #urbanart #blessed

Brown’s Twitter page was flooded with Katun’s artwork for his single that was released 4 January. ‘Undecided’ is Brown’s first single for his upcoming album Indigo. Malaysians have been commenting on his Instagram post expressing how proud they are with him.

Based in Klang Valley, Katun is a big name in the Malaysian graffiti-scene. According to Star2, Katun has been working and collaborating with commercial brands, creating large scales murals in and outside of Malaysia for the last 10 years. Aside from that, he also displays his work at non-mainstream art spaces, and is currently working with fellow street artist Orkibal at the Bunnies: The Secret Hideout exhibition at Awegallery in Petaling Jaya.

His nickname Katun comes from his love for cartoon characters and his childhood passion for reimagining them–which can still be seen in his work today. We’re super proud of Katun (not like he needs it) for his tremendous achievement and for pushing the boundaries of Malaysian art beyond our shores.

Follow Katun on Instagram to check out all the cool sh*t he’s doing. And for more cool things, keep it here at JUICE. Nostalgic Images Show How Kuala Lumpur Was Like in the ’90s

Still busy but in a different way.. GNR’s Axl Rose Has a New Song.. with Bugs Bunny and The Looney Tunes 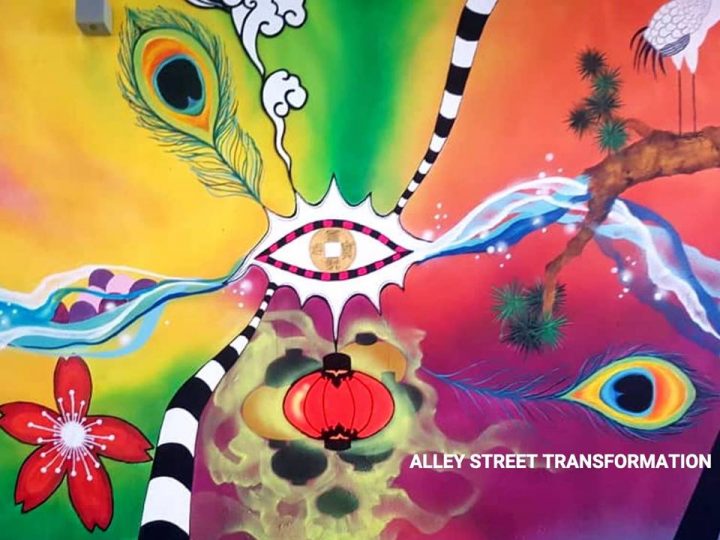 Give your #OOTN more life with these hip murals!