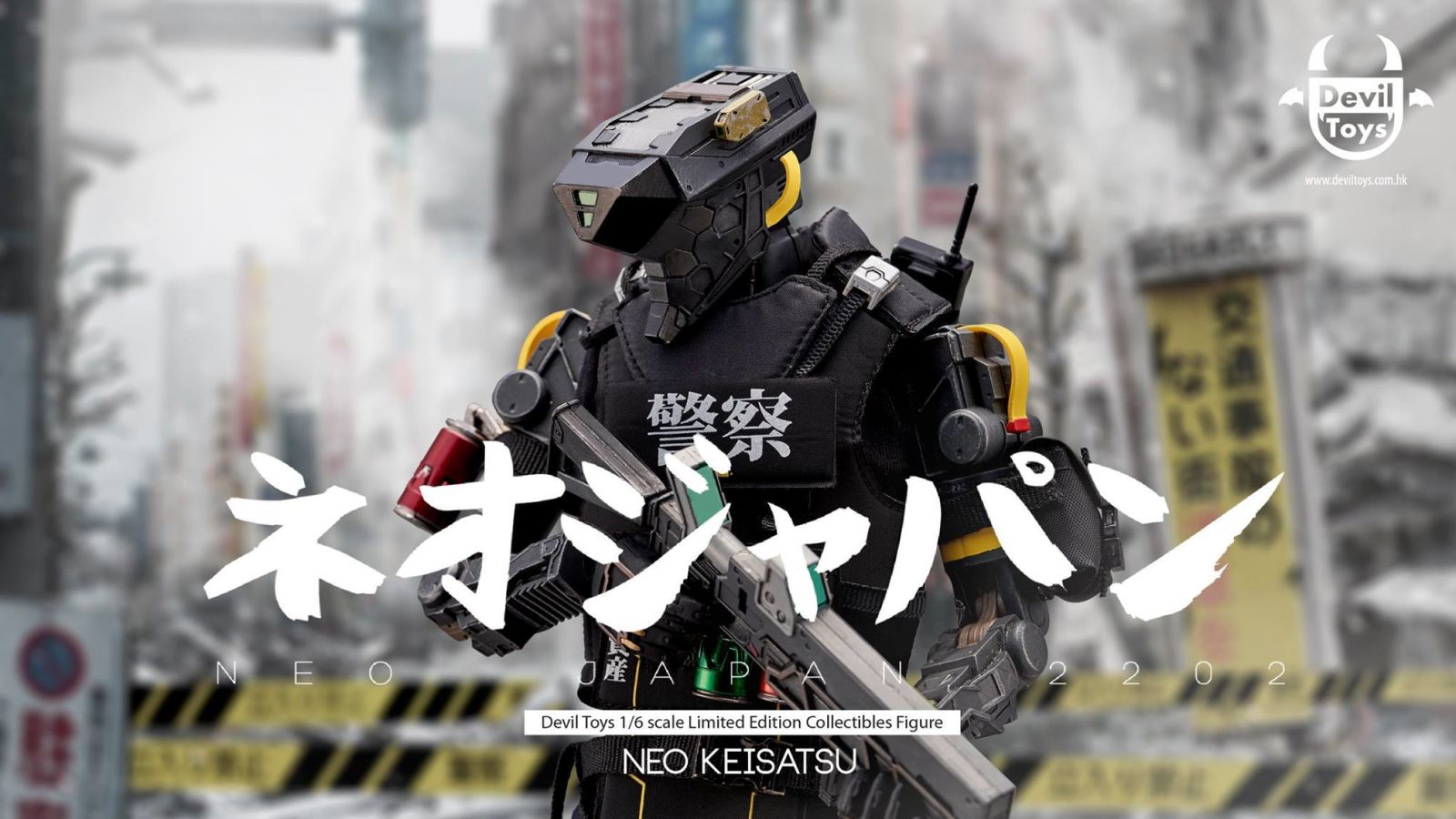 Johnson Ting, a Malaysian visual artist, has brought a character from his personal project to real life as an action figure thanks to Hong Kong-based manufacturer and retailer Devil Toys.

In conjunction with his Neo Japan 2022 project, the premise of this story takes place in a corrupt dystopian future where robots have achieved what humans couldn’t – perfection. Is this a glimpse into what our world will look like in the year 2022?

Currently based in New York, Johnson graduated as an illustrator from The One Academy, Malaysia. He’s been working as a concept artist for games and films in the entertainment industry for several years now.

“Every day you wake up, practise, and try to be better than yesterday, even if it’s just a stroke better, small but it’s still an improvement.”

Johnson lives by this quote by one of his lecturers, as shared to ArtStation Magazine on his rise as a concept artist. Extremely self-motivated and persistent, he made it a point to master the skills of illustration as he “practised life drawing, pose studies, photo studies, master copies, and so on whenever [he] had the time.” This was also spurred by the financial difficulties his family had to go through at the time, and hey, the results speak for themselves.

“After years of watching tutorials, practising, sleepless nights, coffees, trips to doctor later, I managed to get my skills up to being able to project what I have in my head onto a canvas, so I started making a lot of illustrations to build up my portfolio. At the time I was just aiming to be as diversified as I can on any aspects I could. I later managed to land a job at a local game studio and had a very supportive boss and amazing seniors that have guided me along the way. The rest is history,” he explained.

Produced by Devil Toys, this detailed and well-crafted action figure will be released next year in 2018. They’re priced at USD190 (with shipping) for international customers, and USD180 for Hong Kong / Taiwan/ China. They’re estimated to be about a foot tall as the photos are only 1/6 in scale.

With only five more years to go till 2022, we can’t wait to see if Johnson’s dystopian vision comes to life then.

More cool designs and art below:

These ‘Decade Dolls’ Are Ready to Slay Past Trends

Sharpen your fashion history through the ‘Decade Dolls’ collection.

All the good local food made into the most adorable accessories.

A quick browse through this year’s selection of artists for RKFA’s Malaysian Art, A New Perspective.