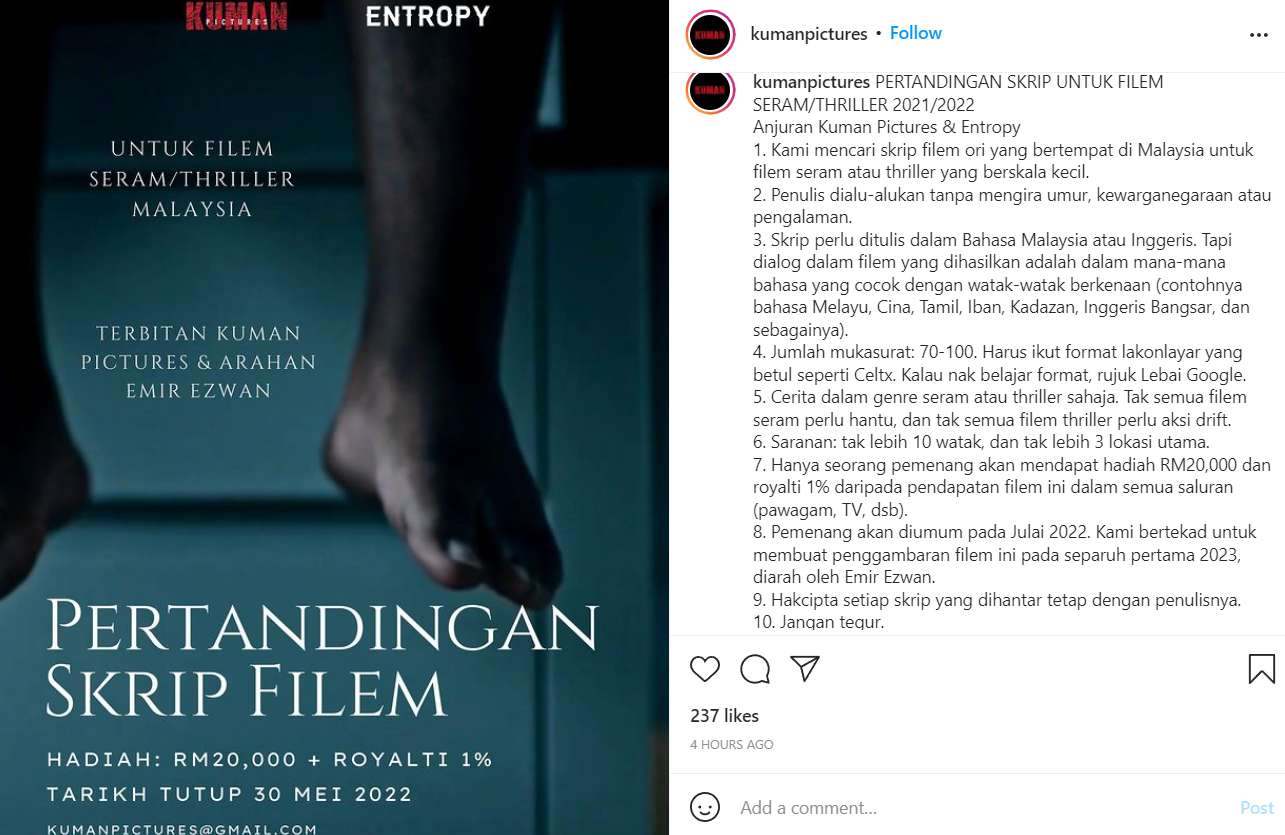 Best known for their horror film, Roh which was Malaysia’s Oscar submission last year, Kuman Pictures are back again with an opportunity for you to flex your scriptwriting skills!

A Malaysian film production company that focuses on creating low-budget horror and thriller movies, Kuman Pictures have created similar competitions or challenges that are open to the public in the past.

This time, they’re partnering with production studio company Entropy to look for an original horror/thriller film script set in Malaysia, written in either Bahasa Malaysia or in English.

The competition is open to anyone who would like to send in a script for a small scale film, regardless of their nationality, age or experience. Interested participants should send in their screenplays before 30 May 2022.

Only one winner will be announced in July 2022. The writer of the winning script will get RM20,000 and 1% of royalty money from the film’s screenings in cinemas and television. But the best part is the movie will be directed by Emir Ezwan, the same director of Roh. Production for the film is planned to start during the first half of 2023.

The previous winner, two years ago, was Chong Keng Fatt with his film Ceroboh that is about to be released.

You can catch Roh on Netflix to get the vibe of what Kuman and Entropy might be looking for, or take inspiration from those creepy stories you grew up on and from there, just get your spooky creative hat on and start writing!

We are so proud of Kuman Pictures!