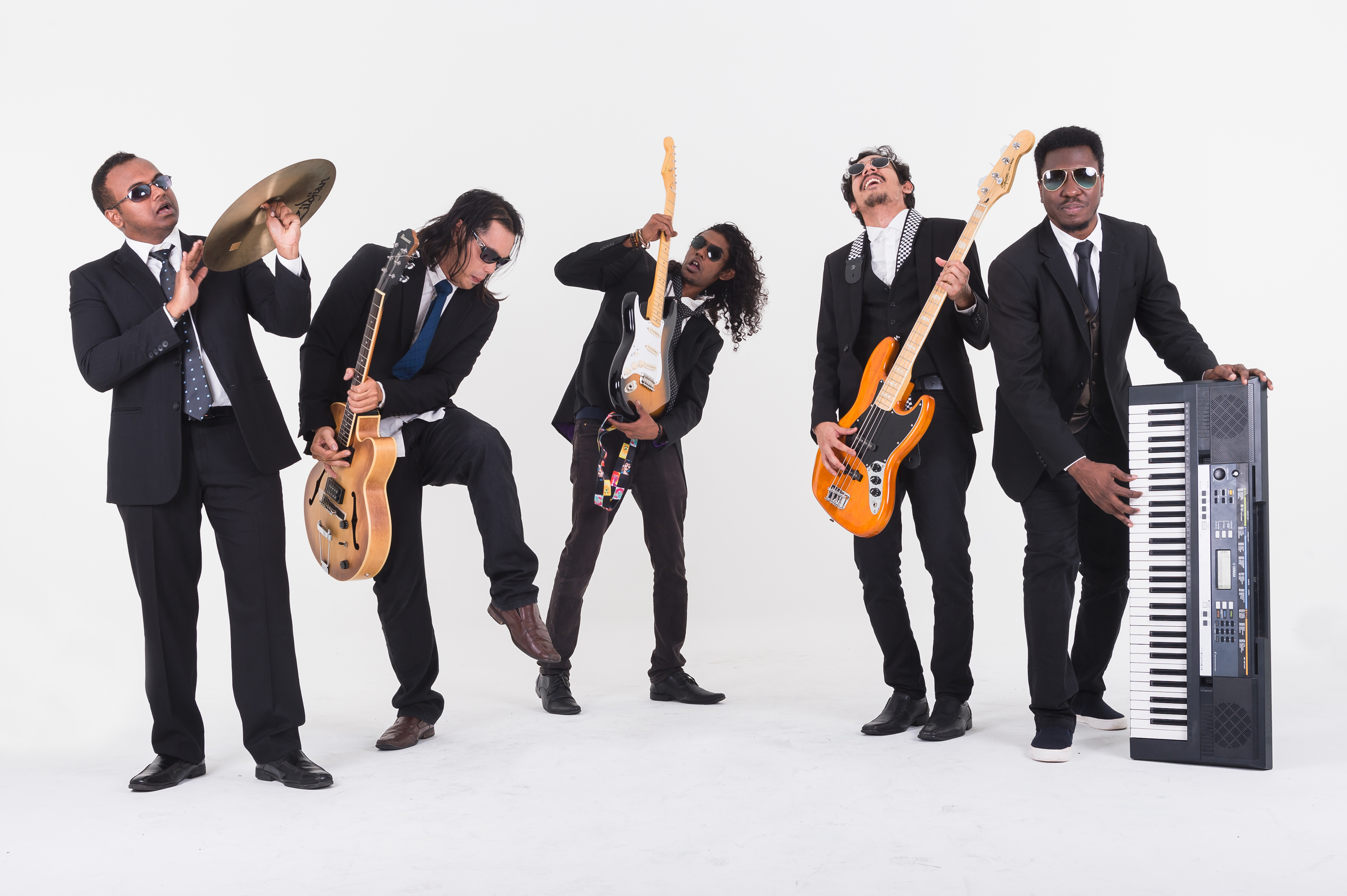 Put together a bunch of music lovers and you’d get a solid group of friends who will jam together and ultimately, make music together. That was the case for Emmanuel Joseph, David Harding, Matthew Ezra, Michael Peris and Donald Omar, collectively known as Kaya.

Inspired by genres like rock and roll, blues and reggae, you’ll hear a bit of Chuck Berry, The Beatles and Bob Marley in their music, mixed with a local touch that has brought the band to perform on the stages of local music festivals and venues such as Pisco Bar, Ril’s and China House.

After sharing the stage with legendary percussionist Steve Thornton and local music icons like Zainal Abidin and Salam Musik, the boys’ hard work and individual effort gave birth to six original tracks that formed their debut album On Toast. With a cheeky record title to complement the band name, JUICE got in touch via email to talk about progress, the album and today’s music landscape.

Hi Kaya! Tell us a little bit about yourself and what inspired the album ‘On Toast’?

We are a bunch of childhood friends who came together, sharing our individual influences, turning our thoughts to actions hence bringing us to our debut album. We were inspired to make an album after winning several competitions and performing frequently. We realised that this is the next step for the band’s growth. The album will hopefully bring us bigger stages, bigger audiences and of course a bigger income at local and international festivals.

We just need to know, is there any correlation between Kaya the spread you put ‘On Toast’ and Kaya as in rich?

Well, we have always been intrigued by simple word plays. Rich has many meanings aside from the ‘financial’ reference most people associate it with. We usually let the audience decide on the meaning based on their perceptions while our focus is to let the world know that Kaya tastes good; whether on bread, on stage, or in any other form.

“We wanted it (the album) simple, not too technical so its easily digested by all walks of life.”

What did it take for you to find your sound?

After many years of experimenting different sound equipments provided to us, we each truly found our individual tones, from the amplifiers to the basic instruments we used before recoding the album. We use mid-ranged gears and never had an issue satisfying the souls that attend our shows.

Tell us more about your debut album and what it entails.

It has six tracks, all composed originally, with lots of funk, blues and reggae in it. It is raw sounding, rock n roll driven and is sure to make your feet tap. We wanted it simple, not too technical so its easily digested by all walks of life. The album also acts as a teaser to the many more tracks we plan to bring produce in the near future.

You guys have been around for awhile now. Why did it take so long for a full-length album?

We have been around the scene for a while building our name, and it took Kaya nine months to make our baby from scratch. We are self-taught musicians, and the only way we could grow individually was to perform as much as we could. We learnt our set of skills over the years playing covers from The Beatles up to Nirvana, and decided that we’re ready to enter the studio once we were individually prepared.

Another challenge was having to finance ourselves. It is a tough road, sourcing the right sound engineers didn’t come cheap, and a strict financial system had to be in play at all times to make sure production went smoothly. We’re full-time musicians, so besides putting aside our salaries for album production, we needed to maintain food on the table.

As a band that’s not tied to any manager and record label, what advice would you give upcoming artistes who seek to follow the indie route?

Just be yourself! Stop comparing what skills you lack and focus on what skills you have. Once that is done, culminate those different skill sets and make some magic happen! Encourage and motivate each other for the unique personalities and skills that each of you have. Most importantly, is for each individual to TAKE INITIATIVE in doing any task to manage the band over all. We each try to vocalise and provide valuable plans and then execute those plans the best we can.

If and only if each member can take a leadership role, its easier for the band to rely and trust on each other. Thats the way to ROCK and Roll! Don’t forget to keep dreaming big and the consistency of your hard work will be payed off.

You guys are inspired by a lot of rock bands but also Bob Marley. How about local?

Poetic Ammo, P. Ramlee, OAG, Too Phat, Salam Musik, Jumero, and the list would go on. Thank God for online music apps that allow us to listen and be inspired by local music. It’s also about time the English radio stations in our country start showcasing more homegrown talents instead, of just international acts. Lets hope it changes, even if it takes 61 years.

The music industry is so different now with the birth of music streaming and artistes no longer needing to rely on traditional labels to soar. Do you think it’s easier to penetrate the industry now or before the digital age?

Now more than ever, every musician or whoever that’s wanting to be a musician should go out there and create as much music possible because moving forward, recording a track would be so much easier and because of online platforms that help disseminate new music to a wider audience, and if people dig it then, why not right?

Listen to the full album below:

Learn how the superstar DJ createed the hit radio tunes like ‘Mama’ and ‘Alien’ in this exclusive interview.

Portugal. The Man Talks About Their New Album ‘Woodstock’, Politics and More

The Lords of Portland channels the spirit of rock ‘n’ roll in their latest record ‘Woodstock’.