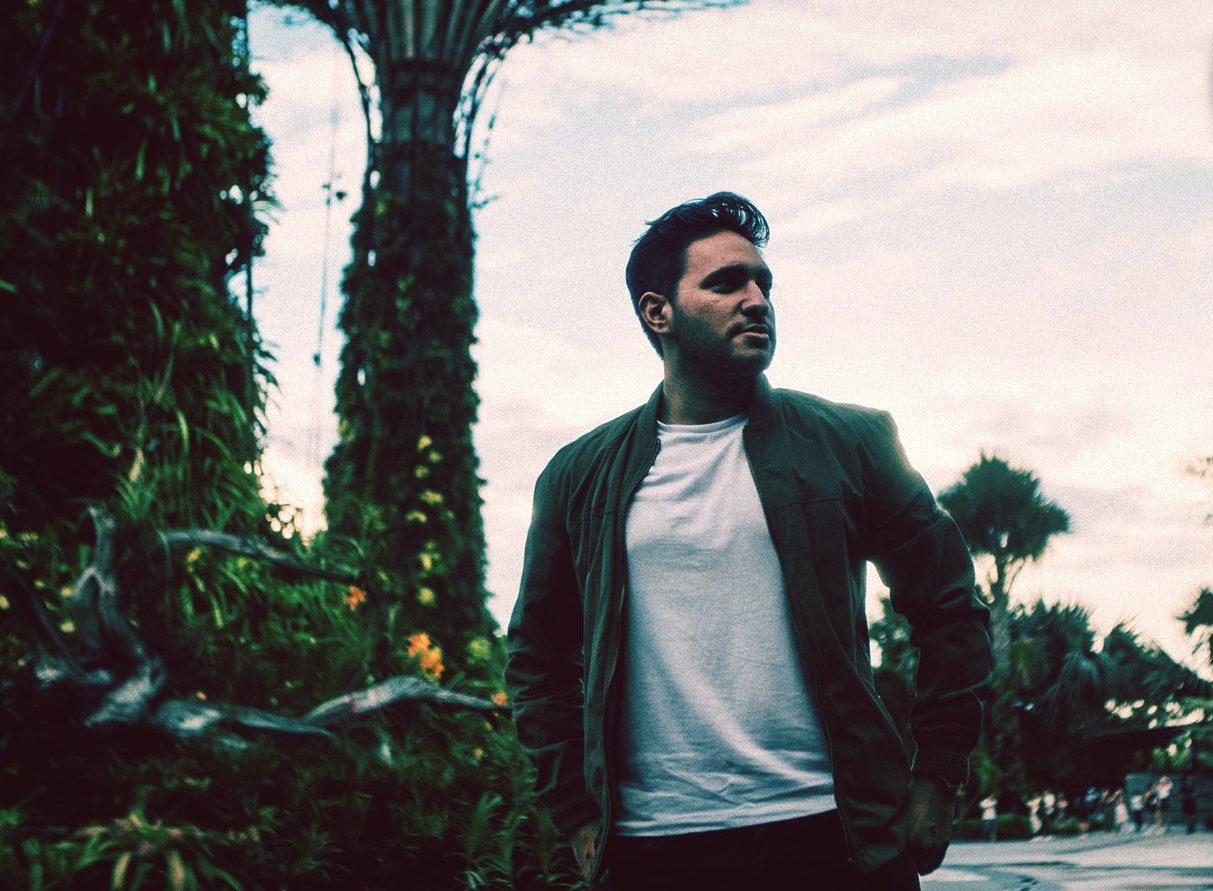 Creating a pop song is not an easy task; the competition is higher and you have to make it unique enough to make it stand out to reach number one. DJ-producer-songwriter Jonas Blue is no stranger to creating unmissable top hits. Born as Guy James Robin in London, United Kingdom, his track Mama made waves in Malaysia, making its way into the Spotify Malaysia Top 50 chart for weeks and is still on the Top 200 even after almost a year of release.

In fact, the track is still on rotation in local English radio stations. He recently collaborated with Sabrina Carpenter for his song ‘Alien’, which is currently number 32 on the Spotify Top 50 chart. When JUICE found out that the DJ is performing here in Kuala Lumpur last weekend, we sat down to have a little chat with him before the show to ask 10 questions so y’all can know him better. Scroll down to see what he had to say:

With so many streams on the track ‘Mama’ here in Malaysia, you must know by now that you have many fans here. What are your feelings knowing that your music is accepted and loved by the South-east Asian market?

It’s incredible, it really is. Cause when I write these songs, they’re written in my small studio back in London. Literally I write these songs with a pen and paper, sitting in my room with a piano. Music is a such an universal language and you know we all speak in different languages yet music connects us. So, when my songs connect in this other part of the world, this is what making music is all about for me.

Who are your early influences when you first started DJ-ing?

It kind of varies from in-house music or dance music like Daft Punk. As for electronica, it’s John Michel Jerre. Then there’s this guy in pop music, who’s a songwriter and producer named Max Martin – he is my IDOL. People from today would be Calvin Harris and David Guetta.

“Everyone wants the hits, and it’s hard to keep delivering that. But at the end of the day, we just have to be in the studio and leave all kinds of ego outside.”

DJs tend to be more experimental, and you are known for your tropical/pop sounds, do you think you would ever branch out of your current genre sooner or later?

Yeah, definitely. I’m doing some cool collabs at the minute. For instance the latest song I’m doing with Arlissa, it wasn’t one of my singles, it was kind of like a collaboration that has a slightly different sound for me. As for my song ‘Alien’ with Sabrina Carpenter, that doesn’t sound like anything I have done before. So I am trying different things out. Also I will be releasing some club music that is heavily influenced by the scene, again which is totally different from what I had done.

You have worked with so many different artist like Raye, Zayn Malik and recently Sabrina, what are the challenges you face when working and collaborating with others? And how do you overcome it?

I think for me it’s the pressure of going into the studio and knowing that everyone wants a hit like I did with my top track ‘Mama’. Everyone wants the hits, and it’s hard to keep delivering that. But at the end of the day, we just have to be in the studio and leave all kinds of ego outside. It’s not about what I’d done or what they had done, it’s about starting something new that can leave an impact.

How do you come up with fresh ideas knowing that pop songs (if not done right) can sound the same? Do you have any tips on that?

I listen to A LOT of different music. I don’t really listen to house music these days anymore. What I mean by that is, I do listen to it casually cause obviously I play at clubs but I try not to. When I’m in a plane flying to somewhere, I try to listen to more pop, rap, as much world music and other stuff. Then I try to pull all the influences in those sounds into my own music. As a producer, the one thing I’ve kind of done is buy new sounds or new plug-ins and that usually could spark a new idea or something.

“The song (‘Alien’) is basically how me and Sabrina wanted to describe the feeling of being alienated within ourselves in a relationship.”

What is the inspiration and story of your latest single with Sabrina Carpenter ‘Alien’?

I actually worked with Sabrina twice now. For the first time, I was in Los Angeles and we caught up and created an amazing song from that session. Then when she was in London for a tour with her band, she had an extra one week. I was like, “Please come to my studio, let’s write another song and let’s see how we get on.” So, we ended up writing ‘Alien’. The song is basically how me and Sabrina wanted to describe the feeling of being alienated within ourselves in a relationship. She also got some inspiration after listening to stories of her fans who had gone through depression or anxiety and they don’t know how to describe the feeling of being lost within themselves. Basically, I sat down with my piano, Sabrina and another song writer with that idea in mind. It happened pretty quick, in just one day.

What are your music career goals by the end of 2018? Any big festivals you would love to play at?

Actually I’m doing one on this trip which is the Electric Daisy Carnival (EDC) in China – that’s a big one. I’ve never done that, the last time I played at EDC was in Vegas last year, which was amazing. Doing EDC in China is definitely a check on my list. I will also be back in my hometown London for a big festival, which they haven’t announced yet. That’s going to be a fun one.

We saw that you recently performed for a live studio audience at Jimmy Kimmel, how was that like? Was the vibe different than the usual party crowd?

It really is different. We had like two options while in that live studio, as in we could perform the song twice. So they kind of get everyone to cheer, then we walked on stage and everyone just vibed out to the song. Once we’re done, they would command the audience like, “They’re done now, everyone clap.” And I was like… Ok, cool. It was very structured, but it was an amazing experience. I got to meet Jimmy Kimmel and Sabrina just killed it on stage.

If you could describe your personality in one word, what would it be?

My tour manager calls me horrendous, but I’d say caring. I’m nothing but caring to my team (laughs).

Lastly, why the name Jonas Blue?

Honestly, I was using my real name way too much for my music and I wanted something fresh that kind of match the music that I’m making. So I tried coming up with Swedish names, then I got “Jonas” which is pronounced as “e-oh-nos”. But since I’m English, I just stucked with Jonas. As for the last name, I simply just like the colour blue.

Experience his music at all streaming platforms.

Portugal. The Man Talks About Their New Album ‘Woodstock’, Politics and More

The Lords of Portland channels the spirit of rock ‘n’ roll in their latest record ‘Woodstock’.

The xx On Adulthood and Their Jamie-Inspired Record

The holy trinity from Britain has grown from indie to experimental-pop with their latest record.