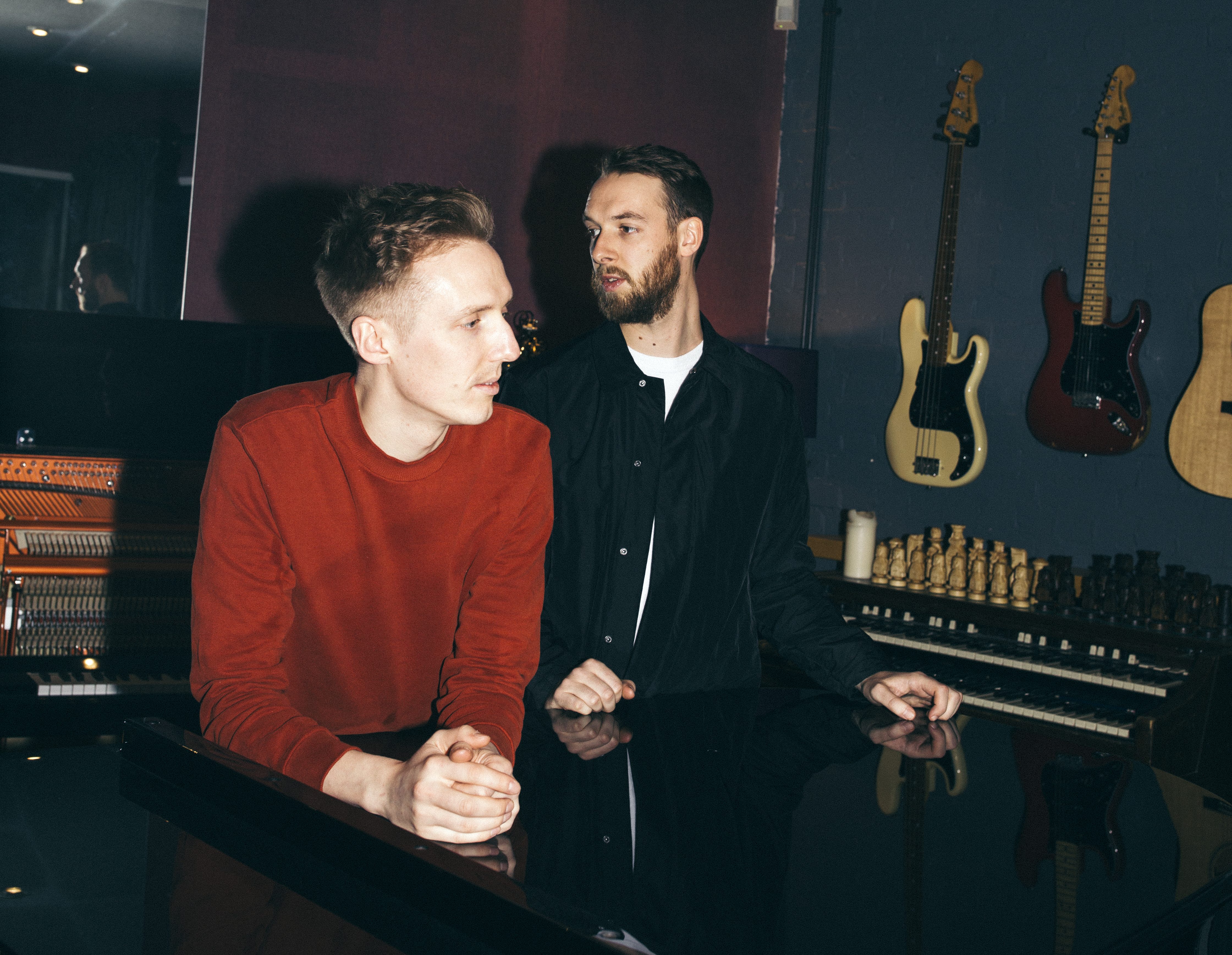 Indie jazz duo HONNE have the type of sound that you would want to blast in your car at night with your loved ones, driving with no destination in mind and appreciating the stars that light the sky. Considering that they describe their first record as their “nighttime” album, you would definitely think it fits. It’s intimate, slightly nostalgic and upbeat enough that you’ll be tapping your thumbs on the steering wheel.

The duo are set to release a new record this August, following their successful 2016 album “Warm On A Cold Night.” Ahead of their first time in Malaysia headlining Good Vibes Festival this year, JUICE talked to Andy on the makings of their group, aesthetics, collaborations and who’s really in charge in the studio.

We understand that HONNE is a Japanese word that means “true feelings.” How did the name come about?

Yeah, it kind of came about from the fact that I was travelling to Japan, like I’ve been there a few times on holiday. When James and I started this project, we didn’t have a name. We were writing music about our motivation and personal things. We came across this word and thought it fit perfectly with what we were writing, so from that point it stuck.

Since, you said you’ve been to Japan a couple of times, what is your favourite thing when you visit the country?

The food is really good, that is one of my favourite parts. I think I also really love, this sounds a little flamboyant but, I love how well organised it is. Like everything just works and public transport is great. Yeah, I don’t know but when you go up the escalators they’re really quiet. But yeah it’s a wonderful but also wacky place, there’s a lot of interesting and wacky things. Completely different to our culture and the UK. Yeah a really interesting background.

You guys met at university. How did you and James decide that “you know, let’s play music together!”?

I don’t know it was kind of like the first day of uni we met and within a couple of days we were making music. We went to uni to meet other people who wanted to play music, like that was our main goal. I guess we were really lucky that we found each other within the first couple of days, we were always going to make music and it just happened to be with James, so yeah it worked out well.

Did you both study music at uni?

We did yeah. So I studied music business, it was kind of like a course about the touring industry and management and all this sort of stuff. But yeah, that was kind of secondary, I just wanted to get into music. Music took more of the main route and the studies kinda a backseat…. not that I’m saying that’s what everyone should do though! Everyone should study very hard!

We see a lot of Japanese & Asian influences in HONNE’s visuals and the jazzy soul in the music, and your own imprint Tatemae Records. Why is that?

The first album Warm on A Cold Night it was very much influenced by Japanese culture and the characters, in the artwork. We’ve gone slightly more subtle I would say… or actually maybe not. Asia is a big part of the world, a lot of our fans are based there and we really love going to play gigs. We really love to incorporate it in some way whether it is in our music or aesthetically, I think it’s really different to other stuff that is coming out in the UK it really stands out, which is what we like about it.

You said in an interview with HTV that you wrote Warm On A Cold Night in the dark. Is this a common practice for you?

Yeah, well it was. I think what happened with that it was actually at night time so there wasn’t much light around, obviously no daylight, and I think I just couldn’t be bothered because I was in the zone. So I couldn’t be bothered to get out of my chair and turn the light on. Yeah it just happened to be done in the dark. I think during the making of the album there was a time, even during the day, that I would close the curtains just to sort of get me in that “dark vibe.” But yeah now I’m much more in a good routine, getting up and opening the curtains and then writing music. There’s a bit more daylight into this new album, it’s a good thing, a different direction.

How has HONNE evolved since you guys started as a duo?

We try to push ourselves as much as we can in every aspect. So in terms of the music, the first album was very chilled I would say, it has a real night time vibe to it, very laid back, the drums were quite minimal. It was simple but effective. Now we have stepped it up a gear, I’d say our music has gotten a bit more jazzy.  We kind of also started working with other people we like. ‘Day One‘ that we recently put out we worked with an amazing jazz pianist, Reuben James. ‘Location Unknown‘ which is another new one, we worked with this new great musician Georgia who is an amazing drummer. So yeah its been good, we love kinda opening up a different side to us when working with different people.

Yeah and you’ve collaborated with Tom Misch too, so how did that come about for the song ‘Me & You’?

Yeah, Tom is a very good friend of ours. He basically had some time in his studio and I think he had a free day, he got in touch with us and asked ‘Do you want to come down?’ which obviously we jumped to the challenge because we are big fans of his. When we got in there, we made this really cool instrumental. We didn’t really do much with it at the time, we posted it on our Instagram, Facebook etc and everyone’s reaction was crazy. That’s when we were like “Right, we should probably make this into a song now.” It took some time to write the vocals and stuff but it all came about from there.

So who’s Batman and who’s Robin in the studio? Or both of you are Batmen?

Yeah, James is more bad cop and I’m good cop. I mean that he likes getting business done whereas I kind of come in swinging my tail, maybe… I don’t know hahaha..

That’s interesting, I would’ve definitely thought you were going to go for the ‘Batmen’ answer.

Yeah, well I don’t know maybe we are (laughs)

So the new record comes out in August. We already love the singles you’ve released. What sets this one to the previous records?

I think, its a bit more upbeat a bit more influenced by the drums that make it a bit more punchy and just a bit more immediate. Like I said before, there’s definitely more of a jazzy influence with people like Tom Misch. But I think England so is slightly more in your face and upbeat musically, there’s a real connection with the first album in terms of the lyrics, it’s still very personal, kind of sweet around the edges. I think that’s what HONNE is, what our message always will be.

We’re excited for your coming July show, so see you guys at Good Vibes Festival?

Yeah we can’t wait to come in July, it’s going to be awesome . It will be our first time in Malaysia and when we play live we’ll have the full band that’ll be coming with us, so it’s a bit different now when we do things on the record. It’ll be more energetic, upbeat, when we’re playing. We’re really looking forward to it, can’t wait.