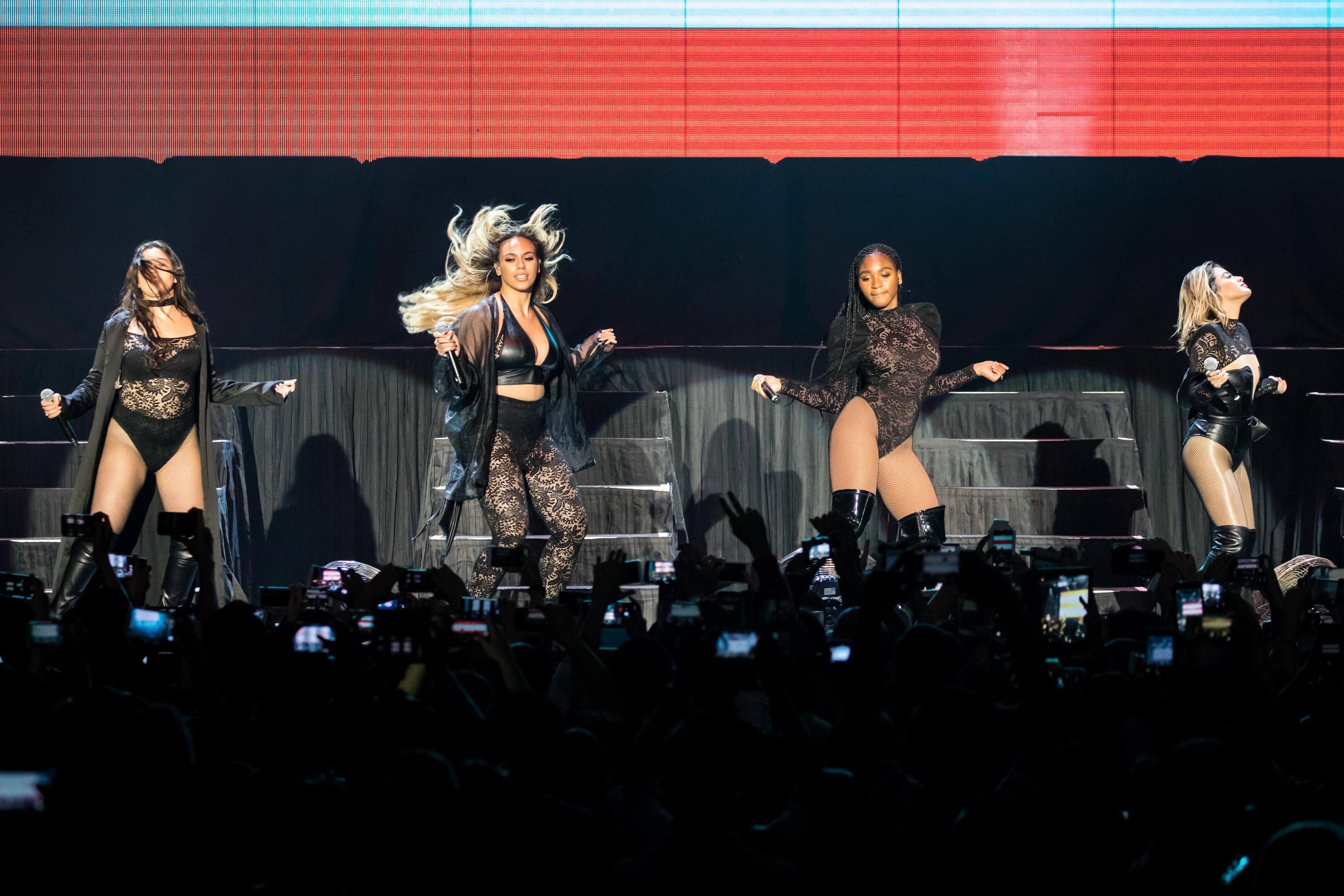 American pop girl power group, Fifth Harmony made their way down to Singapore for the second time last week on 14 March ’18, checking off the last stop of the PSA Tour in Asia. The PSA Tour is the third major headlining concert tour by the group, in support of their self-titled third studio album. The quartet consist of four beautiful ladies – Dinah Jane, Lauren Jauregui, Ally Brooke & Normani Kordei.

LAMC Production organised the concert to be held at an indoor venue, Zepp @ Bigbox Singapore. The venue was air-conditioned and was the perfect size for their fan-base. Speaking of fans, the crowd was filled with teen girls, young women, and young men that were dancing and having fun with friends altogether. Some had even stood in line since 10am just to be in the front of the stage. Mind you, the concert started at 8pm. The crowd or should we call ’em Harmonizers were definitely dedicated.

As the lights dimmed down, excitement left the crowd screaming – A LOT. There was no opening act as the main focus was straight on the four ladies, but slowly the band accompanying them got in position. It was also cool to note that the Fifth Harmony band consist of an all girls band too. A drummer, a pianist and a guitarist, it was an empowering sight to see. Right after, huge fire-fonts took over the big screen with the letters “PSA” blazing. At this moment everyone was freaking out as the group walked on stage looking beautiful in their black lace themed ensemble while chanting those three letters.

At this point, phone cameras was out, crowd was cheering and the girls jumped right into their first number, ‘Worth It’, before going into ‘BO$$’. After the two old songs, finally, we get a taste of their latest album with the track ‘Sauced Up’. Instead of straight up pop, elements of trap were introduced here and the crowd was definitely feeling it. I even noticed someone millie-rocking in the middle of the crowd. Next came ‘Deliver’, ‘Messy’ and ‘Make You Mad’, which plays with the theme of love for a significant other and self-love too. EDM-inspired song ‘Scared Of Happy’ was performed after.

One of the highlights of the night was when the ladies performed ‘Lonely Night’, where they invited a male audience on stage. They sat him down, and performed a very sexy and teasing number with the song. We could all tell he was simultaneously nervous and excited through out the whole thing. To be real, I would’ve fainted if I was him. Next came ‘Not That Kinda Girl’, and ‘Angel’ which is the breakout track that we Harmonizers deserve when they officially came out as a quartet (after the fifth member of the group left).

They took a break from some choreography as they sang slow songs and showed off their killer vocal ability like ‘No Way’ and ‘Don’t Say You Love Me’. Not to forget they sang all of their top international hits like, ‘Down’, ‘All In My Head’, ‘He Like That’ and ‘Work From Home’. Through out the night, the ladies served us consistently cheeky choreography and amazing vocals.

Although Lauren is a crowd favourite, Normani and Dinah really stole the spotlight with their crazy energy and vixen-like stage presence. Ally on the other hand, looked the sweetest as she gives out a big sister vibe that we all know and appreciate. Lauren kept it sexy with her stunning green eyes and winks to the crowd.

They ended the night with an encore of the song ‘Bridges’ where they spread positivity with lyrics that went, “We won’t separate / We know love can conquer hate / So we build bridges, not walls”. The way that the ladies looked at the crowd was something else, almost like they was staring at their fans with sadness as the night ended.

It made sense because recently they announced that they will be going on a hiatus after the tour. It was the perfect ending that left the fans overwhelmed with their personality, choreography, singing and empowering positive messages.

Big thanks to LAMC Production for letting JUICE experience the show and we wish the ladies good luck on their solo endeavours.

Upcoming concerts to head to:

Featuring Joe Flizzow and more. You don’t wanna miss this.

Don’t miss out on this British talent.

Oh my my, OneRepublic is performing to you live in Malaysia!