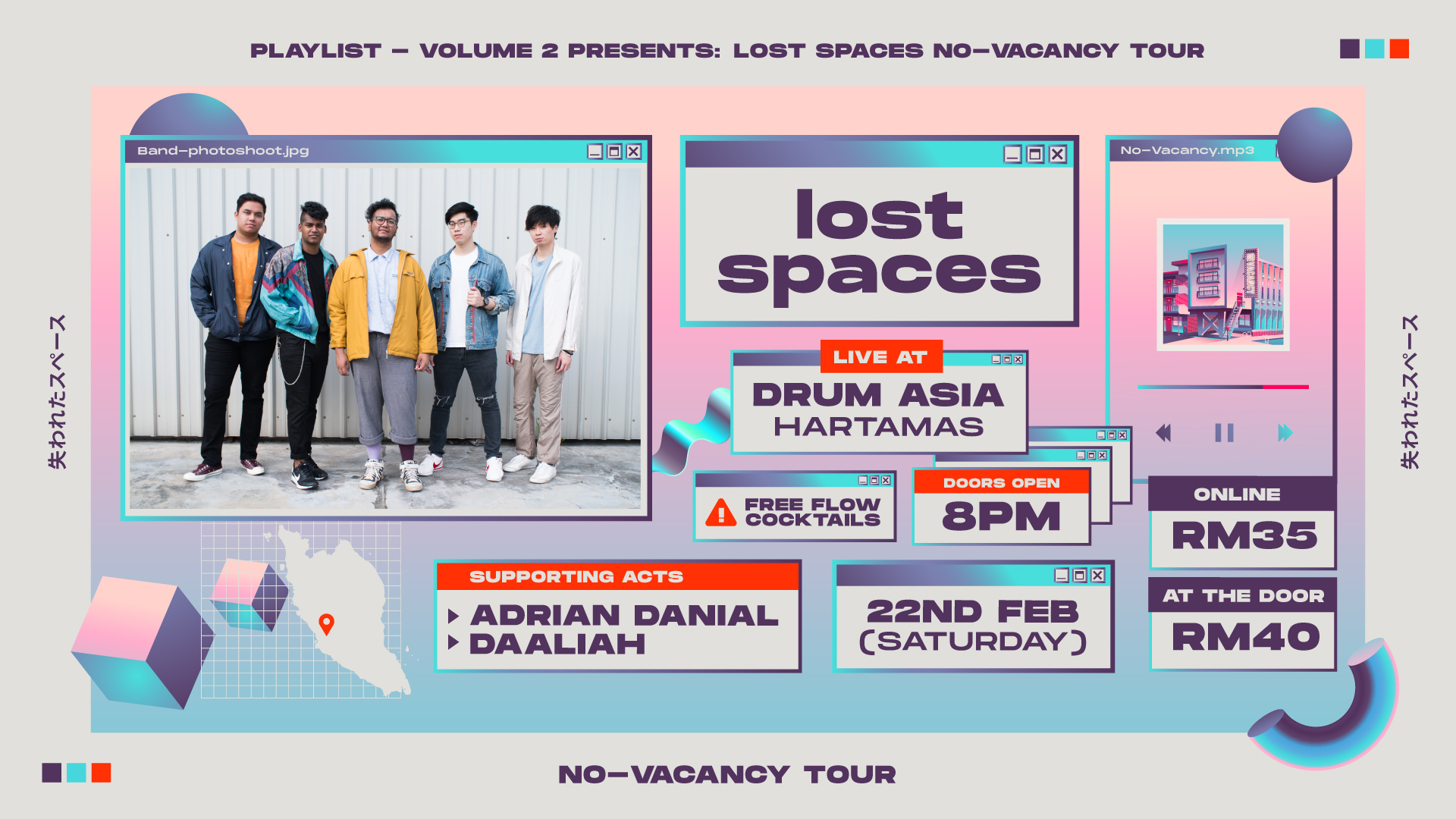 You may know them from their vibrant get-ups and even more exuberant music and now their back with their first single of the decade, ‘inter.vision’.

I’m talking about none other than lost spaces who was a breakout indie band of 2019 and was even featured in two articles from JUICE.

Coming in hot with a new sound, ‘inter.vision’ is lost spaces’s departure from their upbeat, bright sonic signature which they have replaced with a darker musical tone. No worries though, you can still bop your head and cucuk langit with this new single because lost spaces is apparently incapable of releasing music that we can’t jam to…

Inspired by the legendary synths of Daft Punk, lost spaces frontman, Sam Lopez, had this to say about their new sonic adventure,

“I really wanted to explore the darker elements of my emotions and communicate the struggle of being stuck in my own head all the time, through good times and bad”

A teaser into their upcoming 5-track EP titled, digital-paranoia, ‘inter.vision’ is an exciting glimpse into the rising band’s versatility and capability to produce tracks of different moods.

With all that said, aren’t you excited to catch this band live at Drum Asia Hartamas on Saturday, 22 February 2020?

They will be joined by Midnight Fusic’s Adrian Danial who will be debuting his solo material as well as DJ/Artist Daaliah as the supporting acts.

So, grab a cocktail and join us at the event! But, make sure to practice your air guitars and dance moves ‘cos you’re going to be needing it!

Ethereal vibes for sure!

Get Down To Riot: 13 Bands Revealed for the Lineup, and More!