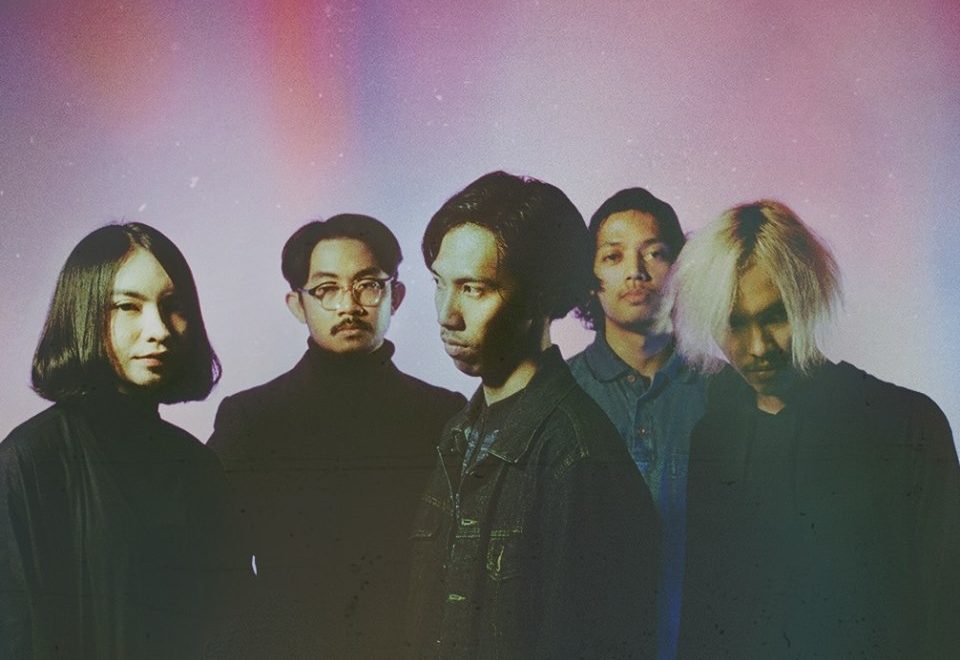 Indonesia has always had a streak of great artists and bands popping from their music scene – whether they hit the mainstream audience or not. Like every other Indonesian act that’s been on the radar of good music making, HEALS is no exception. Hailing from Bandung, their first album SPECTRUM has been well received across the country that it was included in Rolling Stone Indonesia’s best albums of 2017.

JUICE scored an opportunity to talk to the band about the inspiration behind their music, the success of their album, how it’s like to be a part of St. Jerome’s Laneway Festival in Singapore and so much more.

So, HEALS is an interesting name. Is there any specific meaning behind it?

Really? Well thanks! There isn’t any specific meaning though, it just sounds catchy.

You guys were longtime friends before the band started. What made you guys decide to form a band?

Because we feel that it’s better to create and work on something rather than just hanging out while busting out our wallets.

The underground/indie music scene in Bandung – and Indonesia for that matter – is known for being a thriving one, even getting coverage from international titles like Vice. As a band that hails from Bandung, could you describe what it’s like to be part of the scene there?
It’s exciting especially because back then, we can only imagine about being a band with frequent performance schedules while being involved in the bigger scene, and now we’re living it and is able to contribute to the scene better.

A lot of genres come and go and return again throughout the years, but shoegaze has always been there no matter the decade since the late ‘80s. Why do you think it persists regardless of era?
Actually we feel that shoegaze has not always been there. Indeed, shoegaze always has its “heroes” in every decade but it isn’t as strong compared to hardcore, metal, etc. As to why it persists, we think it’s because the music is basically pop (by pop we mean popular) music with an experimental touch to it. Or in another way, it is alternative rock with more fuzz, delay, reverb, and buried vocals, therefore it’s acceptable in the general audiences’ ears, regardless the generation gap.

Heals first gained attention via SoundCloud through the band’s upload of ‘Void’. What’s the band’s relationship with social media and streaming services like? Have they been important to getting your name out there or gigging actively is still the best way to go?
Social media and streaming services are surely our main instrument to engage with our audience, so people can find and listen to our songs everywhere on the net as well as interact directly with us, because most of Heals’ members are active users of social media. So, we can say that our relationship with both of them are pretty intimate.

Importance-wise, it’s indeed very important because we can see the audiences’ response; be it critics, suggestions, admiration, or even hate in real time so we know what our audiences are like.

What was the inspiration behind the album?
Imaginarium of Doctor Parnassus, Charlie Kaufman, Raf Simons, Gravity, Friends, Japan,

SPECTRUM was included in Rolling Stone Indonesia’s Best Album of 2017 list. We kinda know why, but personally, why do you think the record was received so well among fans and critics?
To be honest, we didn’t set any target or expectations that it will be well received by people and even the critics. The main objective was to introduce the five of us through music and we’re trying to be as honest as we can during the creative process. If along the way, more people start listening to our music and actually like it, then it’s already beyond our expectation and we’re thankful for that.

Speaking of Rolling Stone Indonesia, the magazine recently closed down, joining an array of other magazines that shut down in recent years. As an up-and-coming Indonesian band, what do you feel about the state of music journalism and print media?
We were devastated when we heard about the sad news, because it’s one of our favourite music magazines in Indonesia that is not only one of the biggest, but also the most informative. However, we still have no idea how music journalism would be in the future, as it is greatly influenced by the world’s development in general. Let’s see how it progresses.

“The main objective was to introduce the five of us through music and we’re trying to be as honest as we can during the creative process.”

The music video for ‘False Alarms’ had pretty interesting abstract imageries – what was the concept behind the video?
The main concept is “something that can be done in just two days” as we only had two days to shoot and finish the music video. Luckily our friends at Qrimson was able to work their magic to finish the editing process in just two days after the shooting session. So the concept is all about time.

Is there any artist or musician that you’d love to work with in the future?
Guruh Sukarno Putra, Ari Lasso, Michael Bay

You guys will be performing at Laneway Festival Singapore alongside international names this year; that’s a pretty big deal. How do you guys feel about that?
We feel beyond excited, because it’s a big opportunity for us to introduce our music even further. We also can’t believe that we’d be able to perform among all the other talented international names!

Thanks for taking the time to talk with us. Can you guys tell us if you’re already working on a sophomore, or have an idea of where the band is headed to after this?
Yes, we’re already entering “the gate” of the creative process, although we still don’t know whether it will be an EP or album yet. I (Alyuadi) have gathered more or less 20 song drafts for Heals next release and am excited to cook them into some complete songs!

Listen to the band and get their album here.

HEALS will be performing at 12:25pm, Cloud Stage, at Laneway Festival Singapore on 27 January. Follow them on instagram and twitter to see what they’re cooking next.

Didn’t know it was this hard to find “the One”