According to New Straits Times, a viral video posted by a user on Facebook shows an elderly man dressed in a white jubah and kopiah allegedly touched a woman’s thigh on an LRT train that was heading to the Sri Petaling line.

The 53-second long clip shows the man moving his right hand towards the female passenger who was seated beside him. He was also shown to look down on the woman’s left leg and moving his fingers until they had made contact with the woman’s limb.

The woman, who seemed to be asleep was unaware of the situation and the man’s actions.

Watch the clip below:

“I have heard of such incidents but I have not seen it with my own eyes. This happened on my way to work in the Sri Petaling LRT line. He stopped when he noticed the Malay couple beside me eyed him.”

“He straight away got of the train at that stop,” she claimed in her Facebook posting.

The netizen advised passengers not to sleep, or play with their phones and talk to colleagues while on train rides. She also urged Rapid KL to be more vigilant so that incidents like these can be prevented in the future.

Since then, Rapid KL has forwarded the complaint to relevant parties. 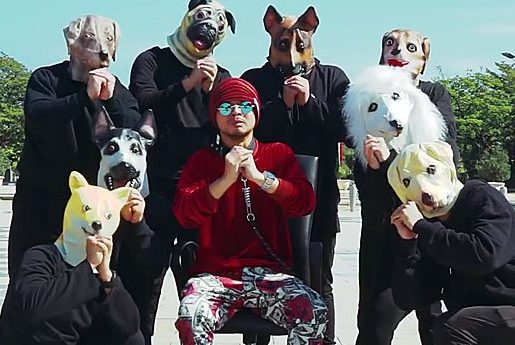 Rapper Namawee Remanded Over His ‘Like A Dog’ Video

He is back in the spotlight again.