Upon hearing his name, your mind instantly wonders to your fave movies that he starred in. From Encino Man to George of the Jungle to MonkeyBone to the iconic rock statement Airheads and most famously The Mummy, Brendan Fraser was definitely one of our beloved and fave action-comedy heroes that we grew up watching on screen in almost every part of our youth. But over the years, the world saw less and less of him, wondering where did he go or what did he do? Why haven’t we heard anything from him for so long?

The truth was finally revealed, and we couldn’t believe what he had gone through…

Opening up after so many years, Fraser revealed to GQ that he was silently suffering from depression and fear. He had gone through several life-changing events, multiple surgeries, his failed marriage, his mother’s death, and most prominently, his sexual harassment – all of which led him to shred pieces of himself and eventually drew him away from the twisted-dark-fantasy world of Hollywood. Perhaps the most startling truth to be revealed, was his experience of being sexually harassed by one of the big players in Hollywood who’s part of an organisation that hosts the Golden Globes.

In the summer of 2003, Fraser attended a luncheon at the Beverly Hills Hotel that was held by the Hollywood Foreign Associated Press (HFAP), the organisation that hosts the Golden Globes. There, he met the former president of HFAP, Philip Berk. What happened next is shocking.

After Berk reached out for a hand shake to Fraser in a crowded room, Berk claimed that he pinched Fraser’s ass in jest, however, Fraser recalled it differently.

“His left hand reaches around, grabs my ass cheek, and one of his fingers touches me in the taint. And he starts moving it around.” Fraser said that in this moment, he was overcome with panic and fear.

Feeling ill, traumatised, and in complete shock, he eventually removed Berk’s hand. The whole moment seemed emasculating, leaving him unable to speak or confess of what had just happened as he rushed out of the room and passed by a police officer.

Despite his fear, he was able to confess to his then wife, Afton, and recalled how he felt like someone had thrown invisible paint on him. Following the exposé, Berk emailed GQ disputing Fraser’s account–“Mr. Fraser’s version is a total fabrication.”

In the aftermath, Fraser’s reps asked the HFPA for a written apology from Berk. According to GQ, Berk acknowledged that he wrote a letter to Fraser about the incident but said, “My apology admitted no wrongdoing, the usual ‘If I’ve done anything that upset Mr. Fraser, it was not intended and I apologise.” From the whole ordeal, the fear of getting blackballed within the industry pushed Fraser to detach from work.

His troubles didn’t end there, in late 2016, you may remember Fraser looking solemn, uncomfortable, and downright sad during an interview for AOL’s YouTube channel, in which people have actually made memes about it. Days before the interview, Fraser’s mother had passed away from cancer, and he had to bury her.

“I think I was in mourning, and I didn’t know what that meant.”

Over the years, all the suppressed emotions got the best of him. As he managed to maintain a very low profile, he slipped away from the public’s eye. Since the news broke, many fans have been shocked at his revelations. However, Brendan is just one of the few who were brave to come forward regarding his depression, and hopefully, his openness will help people in general to get over the stigma of this mental disorder.

Currently, he is travelling back and forth from London where he is filming his upcoming FX anthology series, Trust, starring alongside Donald Sutherland, and Hilary Swank.

Check out his full story on GQ’s site, here. 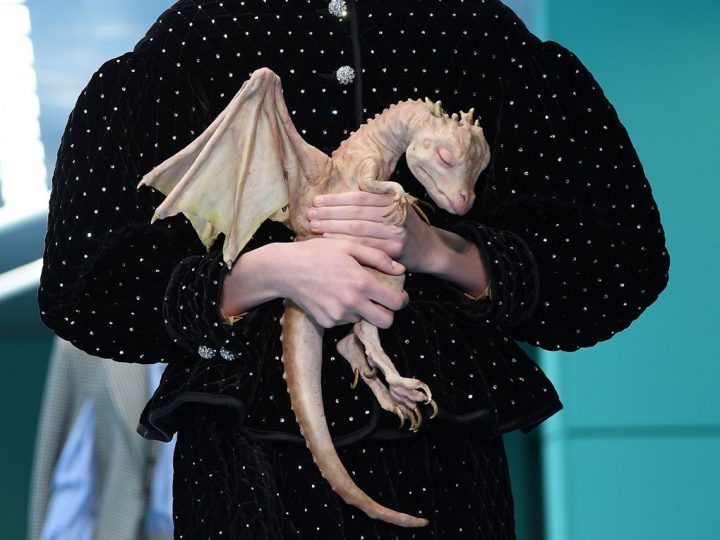 Everyone’s heads turned with all the distractions. The iconic brand is going through tough times.