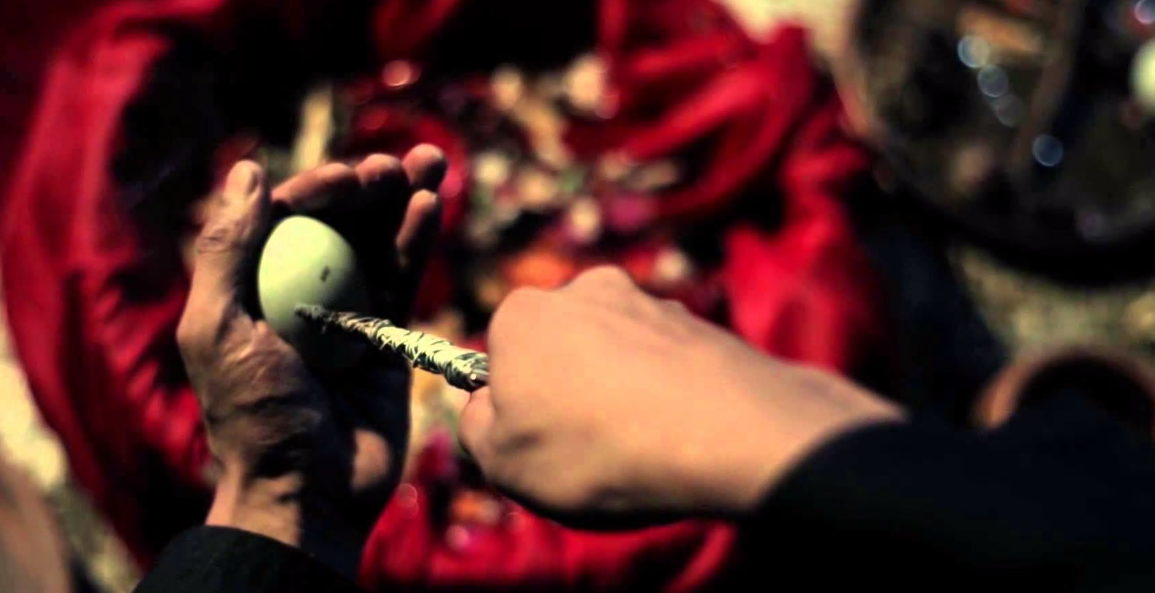 Yes, you read that right. After 12 years of being stored in a shelf collecting dust somewhere, the controversial horror film ‘Dukun’ is finally hitting the cinemas this Thursday, 5 April ’18.

In case you’ve been living under a rock, ‘Dukun’ is a local thriller inspired by the real life story of the infamous woman witch doctor known as Mona Fandey. The film was initially banned for being too sensitive, as it relates heavily to the real life Mona Fandey case that happened around the early 2000’s.

When production firm Astro Shaw announced the film’s new release date on its Instagram page yesterday, many thought it was an April Fool’s prank. To our surprise, the announcement was legit and now netizens can’t wait to line-up in theatres to watch it.

Dukun’s lead actress, Umie Aida, told Berita Harian that she also was not expecting the film to ever be released.

“To be honest, the announcement was quite a surprise to me… Alhamdullilah, all the hard work of the production crew has paid off. At least the viewers can now see our hardwork,” she said.

Watch the trailer below to get a taste of what spooky really looks like:

Before you gather your friends for a midnight movie at the cinemas, it’s advisable to know the film a lil’ bit more – especially when you’re not so in tune with shady Malay pop culture phenomenon.

Here are five things you need to know before you watch the film ‘Dukun’:

1. The ghostly footage of the woman in red kebaya walking at night is actually a promo for the movie

Surprise! We have all been punk’ed. Recently, a viral video of a woman dressed in a red kebaya spooked the nation, but many also questioned the authenticity of the footage. Although many pointed fingers to Fazura’s upcoming movie ‘The Legend Of Pontianak’, where she donned the same red kebaya, everyone was only sort of half right.

Yes it was for a movie, but who would’ve thought that it was actually for ‘Dukun’. Astro Shaw later on revealed that it was part of a promo for ‘Dukun’ to get everyone freaked out. So don’t worry kids, it’s not a Pontianak, just a murderous bomoh (lol).

In 2001, the singer-turned-bomoh was convicted and sentenced to hang for the 1993 murder of Mazlan Idris, an Umno politician. But according to HMetro, the producer denied claims of the film being heavily inspired by the Mona Fandey case, although family members of the late Fandey felt otherwise.

The film’s storyline seem too close to home as it portrays Fandey’s sinister manner so accurately, the same way the media did when Fandey’s case first came to light. A legal letter was probably just a mail away too, hence, the film’s initial ban.

Well, according to the internet, the word ‘dukun’ is a Malay term for shaman. Their societal role is that of a traditional healer, spirit medium, custom and tradition expert; occasionally sorcerers and masters of black magic. In the past, Mona Fandey was accused of being a shaman that was well sought after by the upper-class society.

In fact, the cause of the infamous murder happened when Fandey was doing a ritual for Idriz, who obtained Fandey’s service to help boost his political career. Unfortunately, the ritual took a gory turn that eventually exposed Fandey’s crimes.

4. Mona Fandey was a singer

If you grew up around this era or was really into Mona Fandey’s case, you’d definitely know this fact by now. But to all you youngins out there, Fandey actually started off as as a pop singer. She released an album called Diana 1 in 1987 that ended up a flop, although she did have some famous singles, with ‘Ku Nyanyikan Lagu Ini’ being one of it.

Fandey then shifted her career from a pop singer to a witch doctor. Fun fact: In ‘Dukun’, instead of using the name Mona Fandey as the main character’s name, it was changed to Diana Dahlan. Hmm… sounds oddly familiar don’t you think?

5. Mona Fandey allegedly repented before she was hanged

In an exclusive report by Malaysian Digest in 2015, the prison officer who was in charge of Fandey in custody, Sargent Azizah, said that all the mystical things that was reported about Fandey was fake. She was clear that Mona did not “levitate”, “read an Islamic prayer backwards”, or even “left the cell”. In fact, Azizah was stern that Mona just minded her own business by praying five times per day and constantly read the Quran until it was time for her to face her punishment. Another fun fact: Mona used to be super cheeky and teased other prisoner guards who are scared of her just for jokes.

Well, that doesn’t sound too scary right? But the movie might still be, though. We’ve merely scratched the surface; there are so many more shady things we’ve yet to discover. Mona Fandey always kept her cool in media appearances, so we feel like there’s more to the story that the public doesn’t know… And maybe we shouldn’t, for our sake.

Catch ‘Dukun’ at your local cinemas this Thursday, 5 April ’18.