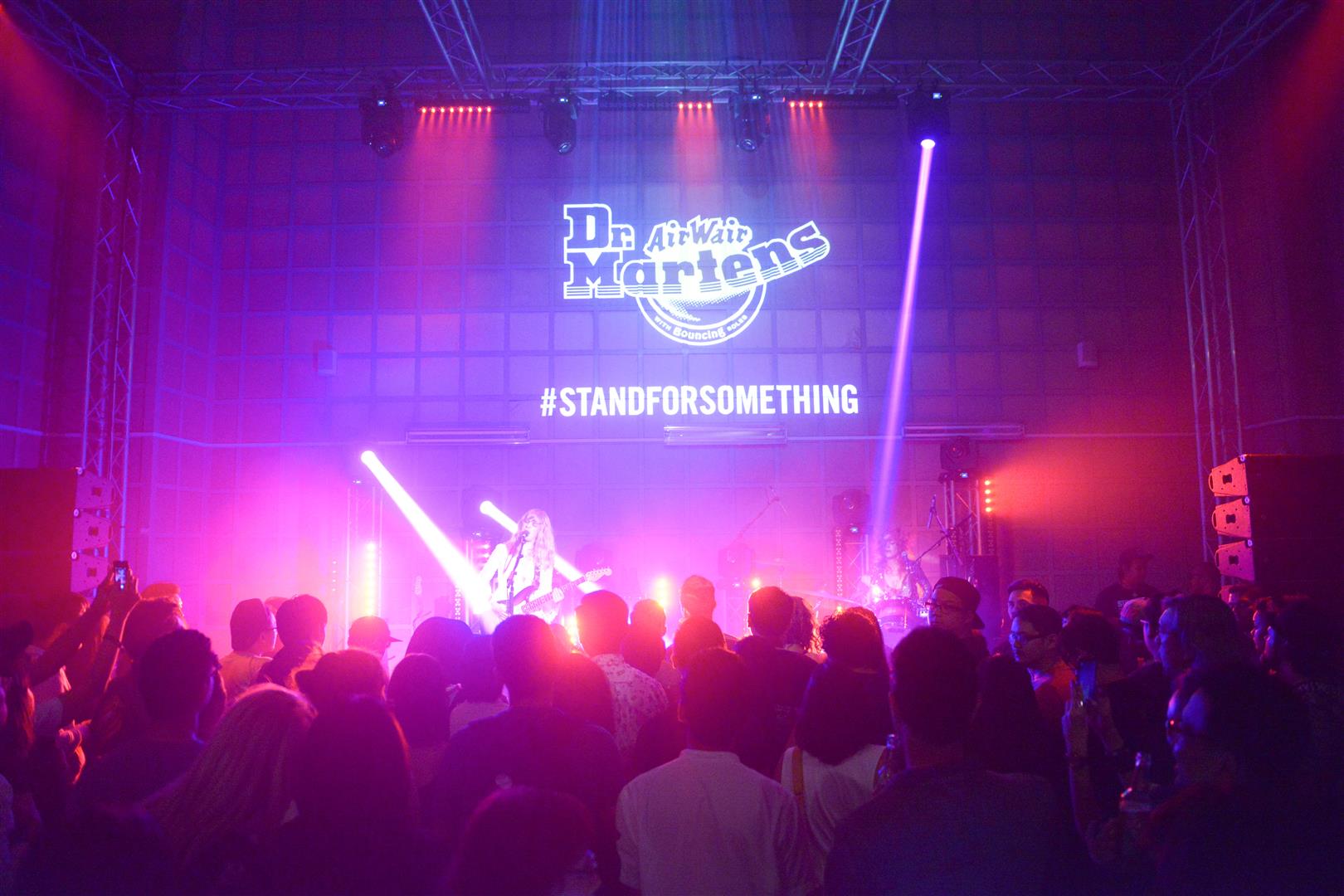 Rock music is a very special thing. When done properly, it invokes a timeless emotion that’s akin to being transported back to the ‘70s or ‘80s when rock’n’roll was at its peak. That sentiment is what we felt when we managed to catch LA duo Deap Vally a while back – they properly channelled their inner Led Zeppelin for some real hard-hitting rock.

Part of Dr Martens #STANDFORSOMETHING tour, Deap Vally, comprising singer/guitarist Lindsey Troy and singer/drummer Julie Edwards, proved that kickass females in the genre ain’t going anywhere. Raw, edgy, and hard, the Deap Vally girls with their retro image and IDGAF attitude rocked away to the sea of Singaporeans banging their heads and raising their fists with each of Lindsey’s guitar strokes and yelping.

Debuting their new songs ‘No True Romance’ and ‘Turn It Off’ as well as playing crowd favourites such as riot girl anthem ‘Gonna Make My Own Money’ and ‘End of the World’, the branded atmosphere of the entire space became a proper rock concert. Although still comparatively milder to the crowd we’re used to back home, we figured this was probably the most excitement and movement we’ve ever seen our cousins from across the causeway have shown at a gig. Of course, the streaming flow of Sailor Jerry and a particularly new favourite discovery of ours, Desperados, a tequila flavoured beer (which was fucking delicious), really made the entire experience much more flavourful. And of course towards the end, we went on a rock and alcohol-induced fit that led to us waking up in the middle of nowhere.

Dr Martens, known for its rebellious and non-conformist image as well as its association with subcultures like punks, skinheads, and rockers, launched the successful #STANDFORSOMETHING campaign last year. Ever since then, a stray of unique and well received efforts have gained traction, most notably their tours around the US and UK. Coming to Asian shores for the first time with Deap Vally, we’re definitely looking forward to more acts in the future.