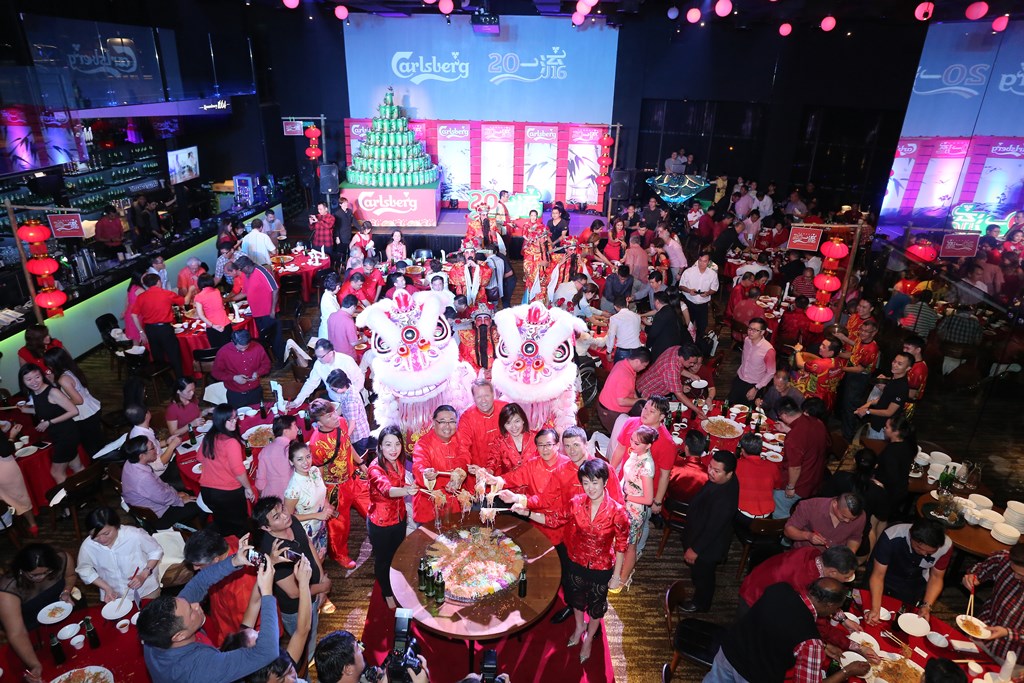 Chinese New Year is still a few weeks away, nevertheless we still went ahead and celebrated prematurely with Carlsberg. The event itself was like an actual CNY banquet with the family because most people in attendance wore modernised traditional wear or red. There were also lion dance, God of Prosperity mascots, and the whole festive troupe to fully remind us that we would have to endure the actual occurrence soon enough. After snapping out from a self-absorbed daze, Carlsberg made a toast that incorporated the company’s tagline that proposed 2016 to be probably the best year, seeing that Carlsberg is “probably the best beer in the world.” The company had also done a fun word play with ‘2016’, as the Mandarin and Cantonese pronunciation of the number ‘16’ means awesome, excellent, the best, and other positive superlatives you can think of. 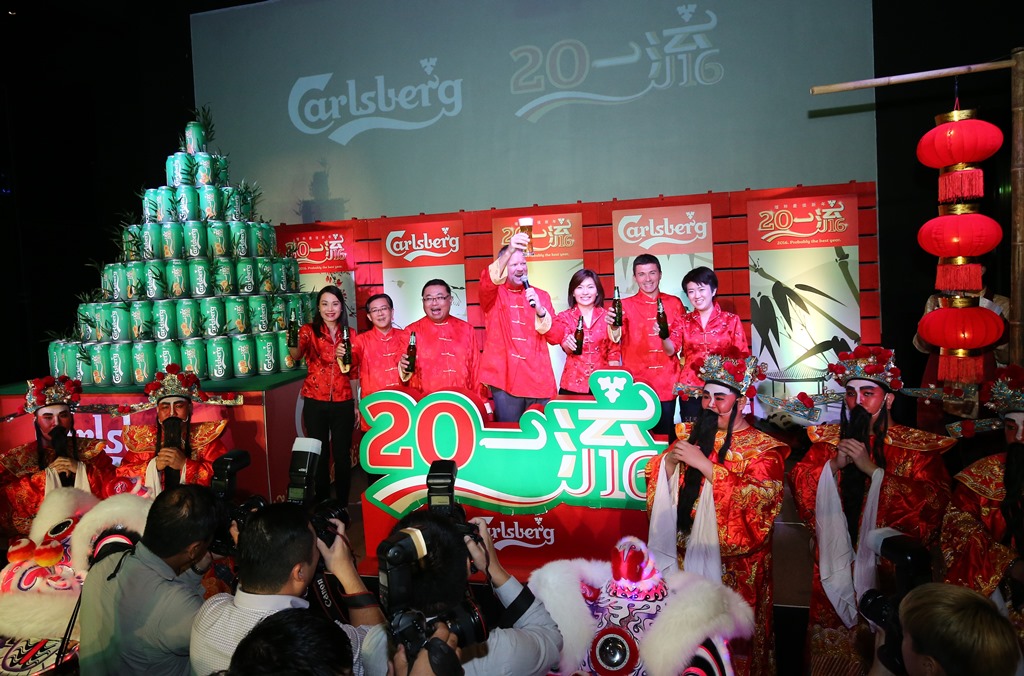 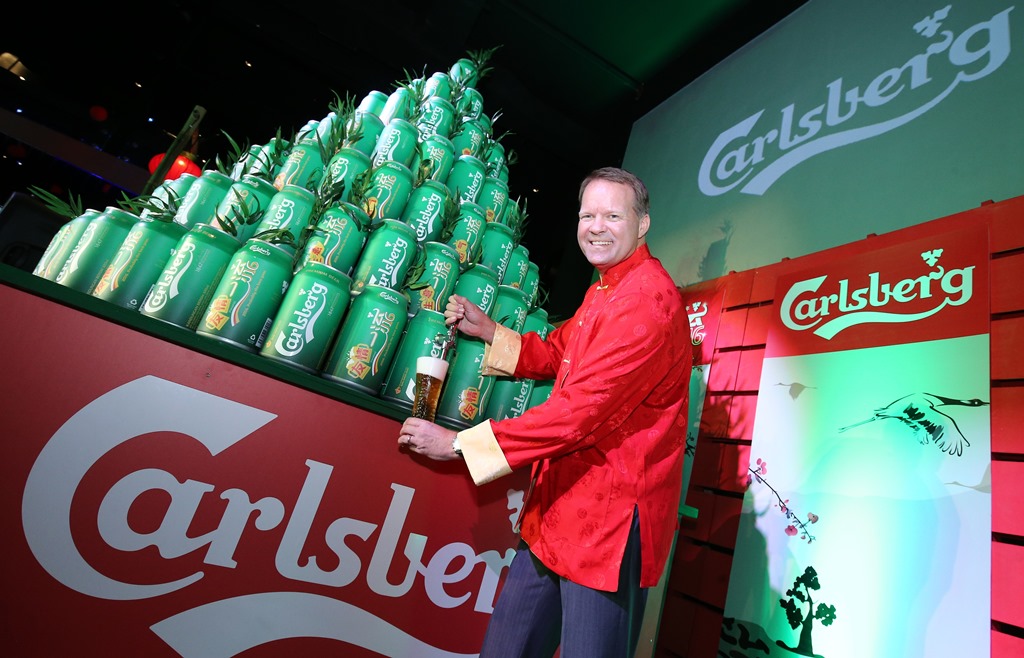 We were presented with a towering, seven-tier structure made out of limited edition-designed cans with seven icons and six key CNY greeting messages, mimicking an auspicious bamboo (symbolic of resilience and harmony). And of course, each level represented a symbolic meaning where the base was in honour of friendship, then business, luck, bonus, health, fortune, and with the highest tier holding everyone’s collective hope and wish for 2016 to be “probably the best year!” After all the theatrics and announcements, we were treated to a special fusion dinner prepared by Chef James Ho of Ruyi & Lyn, and even a Carlsberg brew-infused yee sang!

Best, we didn’t even have to suffer through thinly-veiled scrutiny from relatives we’d only see once a year, so based on that, we consider the Carlsberg gala dinner to be probably the best CNY celebration. 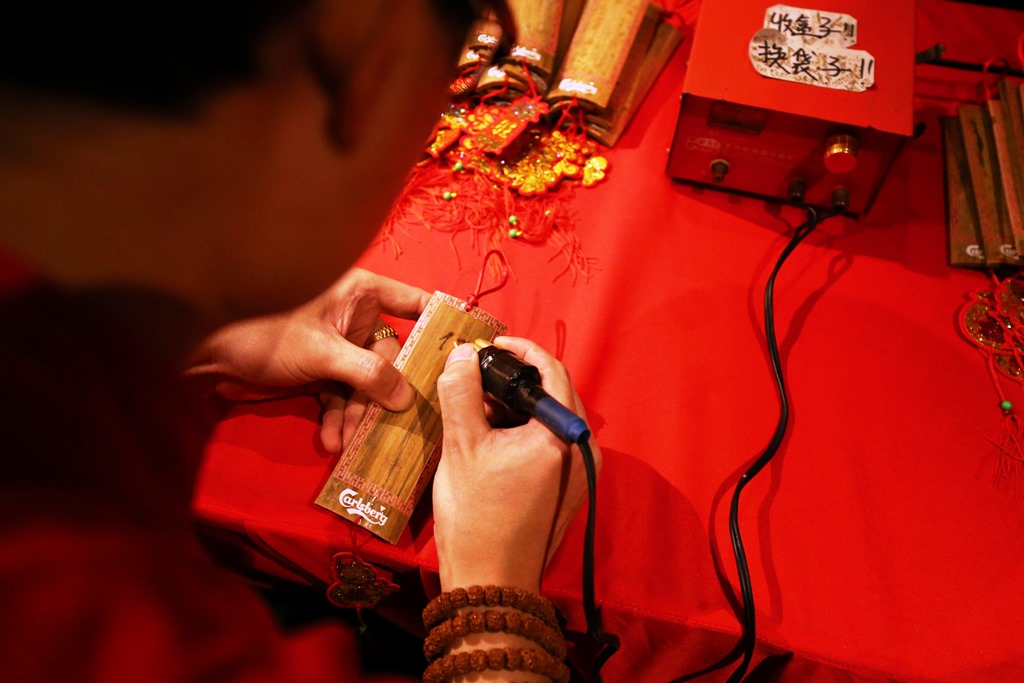 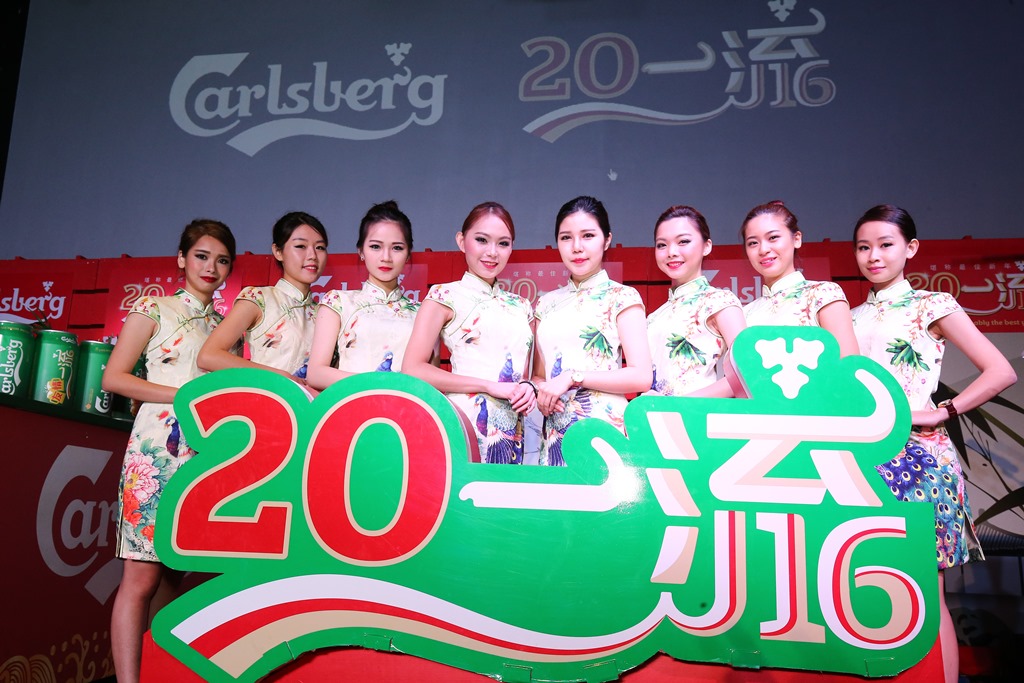 In conjunction with the CNY campaign, consumers can now strike a ‘big fortune’ with Carlsberg’s nationwide promotion running from now until 29 February ’16. Those who collect four crown corks are entitled to redeem RM2 Magnum Voucher and stand a chance to win Magnum Jackpot or redeem Jolly Shandy, depending on location. More information here.