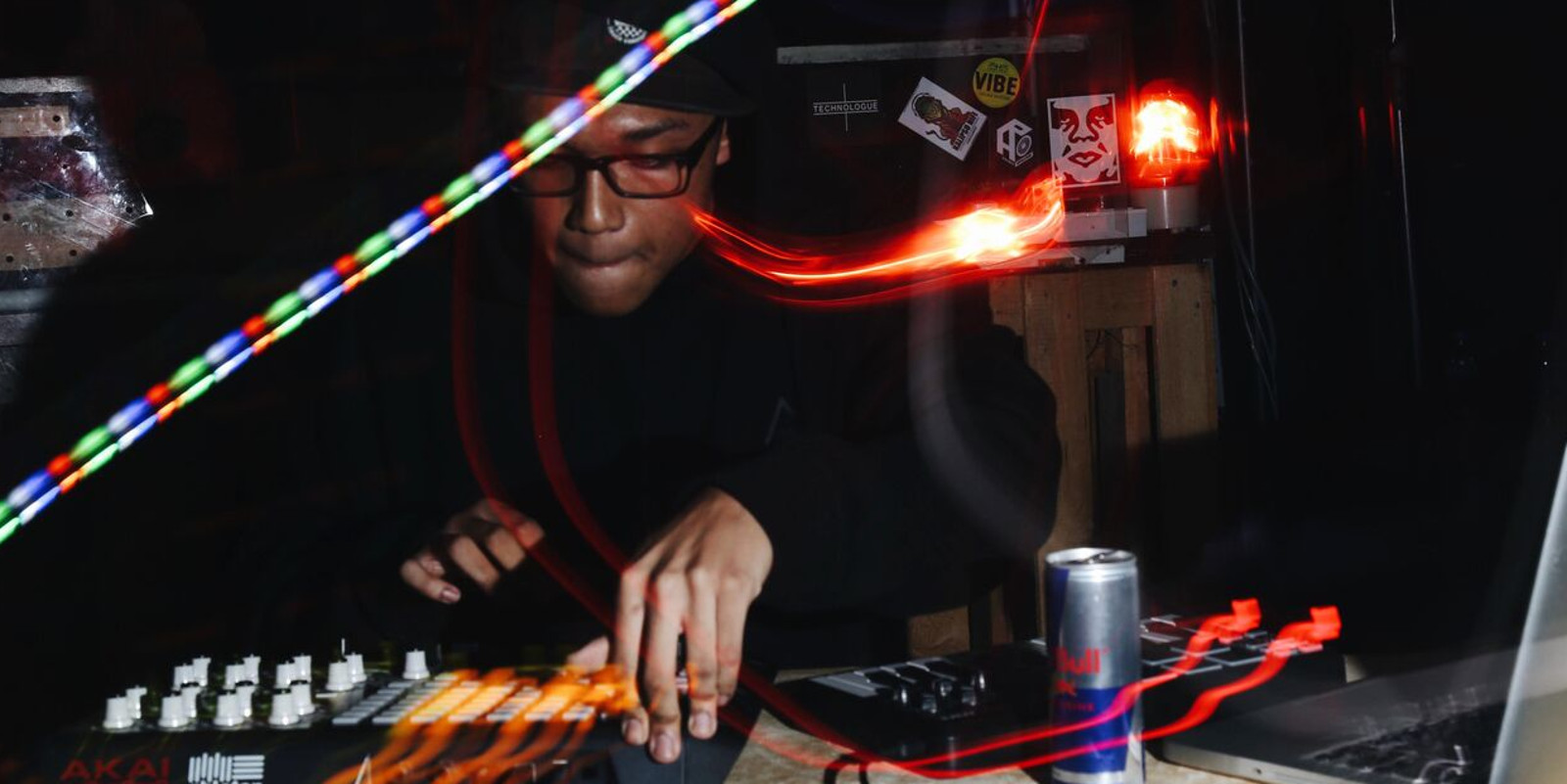 The release of Santaroena’s debut album ROGUE has been a long time coming. Leading up to him dropping ROGUE though, the young electronic producer has been busy broadening his resume and raising his rep with performances at Urbanscapes x NB4T, SoundLab’s retrospective showcase, and a feature on Red Bull’s Sound Seekers.

Warming up the attendees that night at Under9 were Malaysia-based South Korean producer Dae Kim and Akhyla-affiliated bass producer and Santaroena’s engineer Yahna. While at the door of the underground gig space, we heard Goldlink blasting from the inside. Dae, in his usual long periwinkle raincoat, went back to his hip hop beginnings and dropped some floor-pummelling tracks. Yahna, on the other hand, who we associate with much grittier, heavier, denser forms of bass music played a much lighter set, very atypical of the material we’ve heard from him.

Appearing in an all-black getup with a hood shielding his face, Santaroena planted himself on the dancefloor with his gears prepared in front of him, and he went to town. People came around to see the beatmaker at work – his body convulsed with each bass drop and moved to the rhythm of the tracks that ebbed and flowed within the madcap structures of his own trip hop sensibilities. From ROGUE, ‘Dreams You Never Wish You Came’ is a standout. The initial eeriness that follows the name of the song was expected but then it hastily shape-shifted into this quick-paced experimental bit where it combined boom bap, shattering glass, bells, and the likes for a fevered bridge.

Fatim, of ATTAGIRL! and Akhyla, closed the show with a boisterous, attention-demanding set of dubstep. The sound was muscled, big, grime-y, and undeniable; seeing the petite DJ bouncing left and right, gave us a great juxtaposed image that made us enamoured with her sheer confidence and adeptness at what she does.

Santaroena played a great show for his album launch but so did the rest of the DJ-producing local talents.