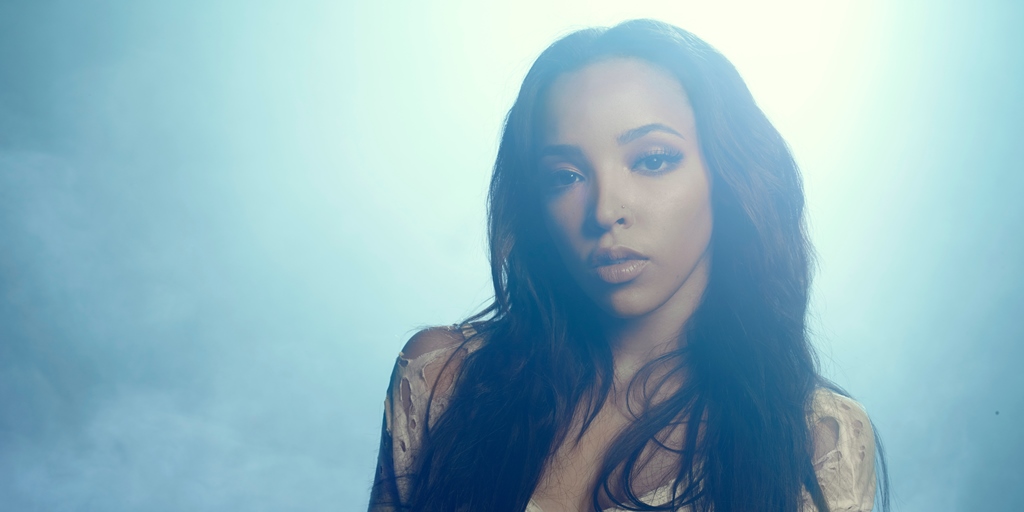 Tinashe is one of those artistes whose appeal is wide-ranging in the sense that it excites both music critics and listeners of r’n’b and even pop. After generating some online buzz with her multiple self-produced EPs, her debut album Aquarius cemented the artiste as a star on the rise as it features many popular figures in the field, namely Devonte Hynes, A$AP Rocky, and Schoolboy Q, who appears on the undisputed hit ‘2 On’. After dropping singles off her long awaited follow-up Joyride – to which Tinashe politely declines to reveal its release date (“Very soon, this year,” she says with a smile) – she’s still poised to properly assert her name in the mind of many. JUICE speaks to Tinashe ahead of her performance at H-Artistry about being handpicked by her idol Janet Jackson for a tribute performance, being an underdog, and her versatility as an artiste.

You were personally chosen by Janet Jackson to perform a tribute for her at the BET Awards. What was that like for you?
When I found out the news, I was jumping up and down. I think why it meant so much to me is because it’s amazing to know that someone you look up to enjoys what you’re doing and recognises your talent – it meant a lot to me.

You’re just as much of a staple in music magazines as well as on high fashion ones. How much does fashion play a role in you as an artiste?
Fashion is a huge part of being an artiste. It’s another level of self-expression, so when you’re up on stage performing or doing videos, being able to express yourself through fashion and clothing is really important and something that I’m excited to be involved in.

When people describe you, they always say that you are a star on the rise, always on the cusp of huge success, but you’ve been in the business for so long. How do these two schools of information make you feel personally?
It makes me feel like an underdog because you’re always feeling like you’re working, working, working, and you’re never where you quite wanna be yet. I feel like that’s what keeps me going – that drive and always wanting to prove myself to everyone and show that I’m a real artiste.

Is that why there’s a delay in the release for Joyride since there’s so much expectation riding on it?
Yeah, of course! The expectations are huge with the second album. Everyone has their own ideas about how you should sound like and what they want from you – it’s very hard to navigate everything and to please everyone. So for me, it’s been a process to create this album but I think it’s in a good place right now and I’m excited for everyone to hear how it ended up.

You’re a fantastic all-around performer who can really dance and sing, and doesn’t need a huge production to deliver impact. Are you trying to bring back that form of performance value in pop stars?
Thank you. When I grew up, I was watching a lot of music videos from Michael Jackson, Janet, and Britney Spears – they all had great choreography and that was such a great added element of what I loved in music and performance. I’ve been training in dance since I was four years old, so I loved to be able to that. And also, I think people love going to a show to really see a show and leave feeling inspired! So, that’s always my goal.

“As a person, I really reject boxing myself in and I really don’t like labelling or limiting myself.”

You explore a lot of different styles in hip hop and r’n’b, and you’re very vocal about being perceived as this one-dimensional artiste who can’t explore different facets in music. So, is that what you constantly have in mind when you’re writing and producing your songs or even selecting who to work with?
Yeah! As a person, I really reject boxing myself in and I really don’t like labelling or limiting myself. I feel like limiting myself to one genre won’t make me happy as an artiste. I like to be able to do some of this and to do some of that; sometimes, I feel more like this, sometimes, I feel more like that. Having the ability to be able to be versatile is human nature, so I like to be able to bring that to my artistry.

Another thing you’ve mentioned a lot is your constant battle against prejudices, sexism, and just owning your own space in the music industry. Since you’ve been doing it for so long, does it get taxing on you psychologically?
Sometimes you have good days and bad days, sometimes you feel confident and really amazing, sometimes the pressures can get to you and you can feel more down, but I think that’s human nature as well. At the end of the day, I’m not gonna quit or give up. And, through all the negativity that I had to deal with, be it from social media or sexism or ageism – all these things play into it – I’m going to keep going and that’s it.

“Every step of the way of the creative process, I have to be hands on, whether it be my music videos, my imaging, the songs themselves, how I speak to fans…”

Even though you’re signed to a major label, you seem to show a lot of business acumen and strategy when it comes to your own music promotion. And, you’re very close to your fans in terms of interaction. How hands on are you with that?
It’s really important to me that people know that it comes from a legitimate place. Every step of the way of the creative process, I have to be hands on, whether it be my music videos, my imaging, the songs themselves, how I speak to fans – yeah, I think them all through, it’s very important.

Tinashe performed at H-Artistry on Saturday 8 October ’16 at MIECC.