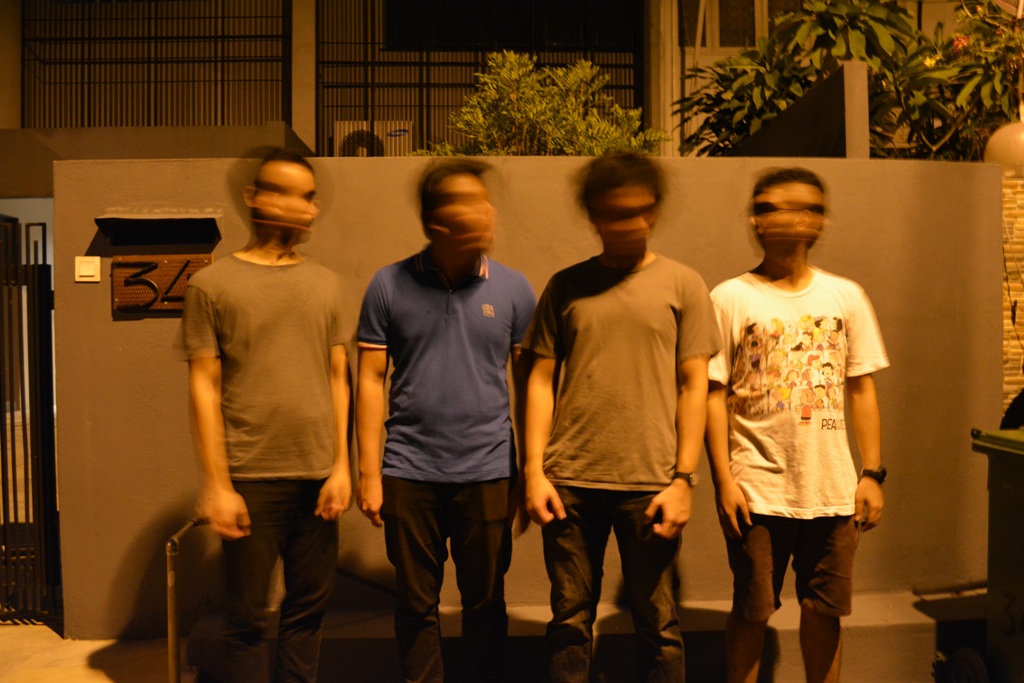 Seemingly out of nowhere, when a mysterious band named LUST announced that they were releasing their EP in mid-March, many independent musicians were abuzz on social media – our feeds were filled with the news. When we heard lead single ‘Naga’ though, the early positive reception to LUST was well-founded, and not merely friendly support for a fellow confidant in the music scene.

Comprised of Faris, Azfar, Nazrin, and Anaqi, the band members met three years ago where the friendship among the men – specifically between Azfar and the rest of the boys – was established when LUST was conceived. At the time of the meeting, Faris, who plays for Speakzodiac as well, was not acquainted with Azfar’s alter ego – the Panda Bear and Animal Collective acolyte Orang. Even so, Faris’ brief encounter with Azfar left enough of an impression on him to develop an interest in jamming with the alt pop artiste.

Each of them had an intention of playing something of their own rather than covers, so after the first successful jam session where they’ve knowingly found band chemistry, they soon started working on their songs. The process of making chingichanga EP was an extensive one that occurred in batches, as the band told us, so to pinpoint an exact timeline would be difficult. Most of the five songs on the EP were either old Orang songs, such as ‘Naga’ and ‘Clapsong’, or they were presented by the other songwriter of the group, Faris, in their skeletal forms.

We brought up a point where the songs sounded distinct from each other, to which Azfar offered, “We sorta threw everything on the wall and see what stuck.” While Faris added to the effect, “It’s quite interesting to see how everything turned out, [we were] testing the waters.” Their distinct tastes in music, which ranges from Pink Floyd to Hiatus Kaiyote to hip hop, have inadvertently affected the specific identities of the songs too. Additionally, Faris likened the five disparate tracks as a litmus test to gauge listeners’ reaction and reception to their early body of work. So far, according to them, ‘Aberdeen St.’, ‘Naga’, and ‘Amphibia’ have been positively received. 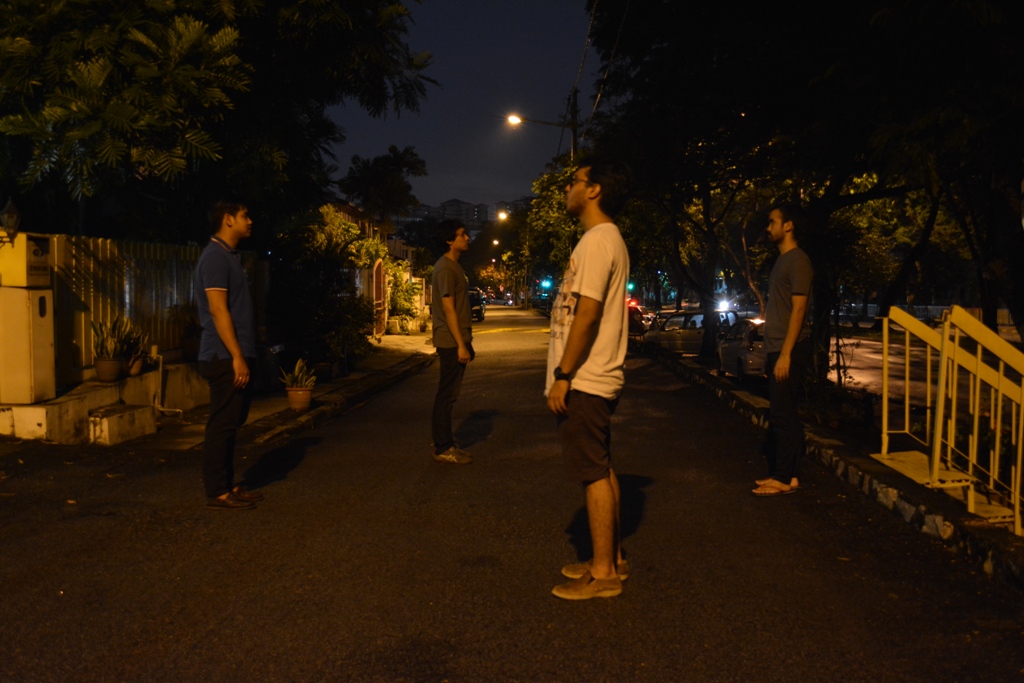 Album opener ‘Aberdeen St.’ is an homage to the popular backpackers’ lane in Perth, which is also where an incident that led to the becoming of the title of the EP. While in a hypermarket to procure some pastries, Faris and Anaqi had an encounter with a drunken bloke who started taunting them with the odd word ‘chingichanga.’ They thought it was a colloquial racial slur for ‘Asian’, but they soon decoded the nonsensical word as chimichanga – a Mexican dish – reasoning that Malays have a slight resemblance to Latin American ethnicities. “We thought ‘chingichanga’ sounded wild enough, weird enough. It also represents the hodgepodge of the EP – it evokes the sound as well as the visuals,” explained Azfar. On the subject of their visuals, do not attempt to make the correlation between LUST’s captivating, effervescent culinary album cover with Battles’ La Di Da Di. The organised chaos of the depiction serves an apt visual representation of the varied sound that can be unearthed from the EP. But also, as the truism goes, food is the most basic form of lust – an inevitable thematic return to their band name.

Furthermore, the band divulged that they’ve already finished the songs for an LP, describing those unheard songs as much more streamlined in terms of its sound. “EP were old songs, [while the] LP songs were made [as] LUST, so it lent itself to be a bit more focussed and LUST-sounding,” intoned Azfar. With that, we posed a question if the upcoming full-length represents them as a band more accurately since the EP is a smorgasbord of moods, sonic textures, and narratives. They explained that it’s a continuous journey, but they feel as though they’re reaching an end point. Still, as any musicians would say, they do not want to be constrained by genres or categorisation, as Faris announced, “We don’t want to be tied down to the same sound, and we don’t have the attitude to subscribe to that sort of lifestyle, like we have to be [insert genre].”

Email lustchingichanga@gmail.com to place an order for a physical copy of their EP for RM15.